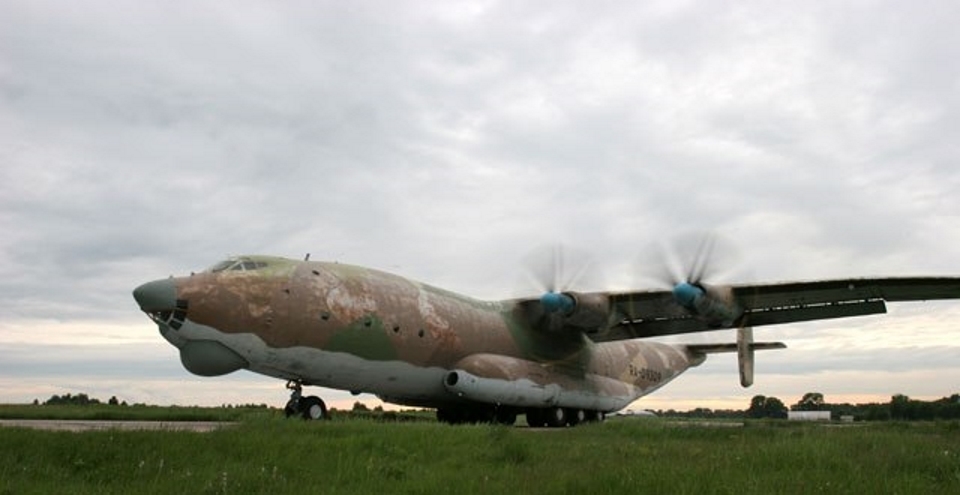 V Antonov An-22 “Antei” (Russian: Ан-22 Антей, An-22 Antej; English Antaeus) (NATO reporting name “Cock”) is a heavy military transport aircraft designed by the Antonov Design Bureau in the Soviet Union. Powered by four turboprop engines each driving a pair of contra-rotating propellers, the design was the first wide-body transport aircraft and remains the world’s largest turboprop-powered aircraft to date. The An-22 first appeared publicly outside the Soviet Union at the 1965 Paris Air Show. Thereafter, the model saw extensive use in major military and humanitarian airlifts for the Soviet Union, and is still in service with the Russian Air Force.