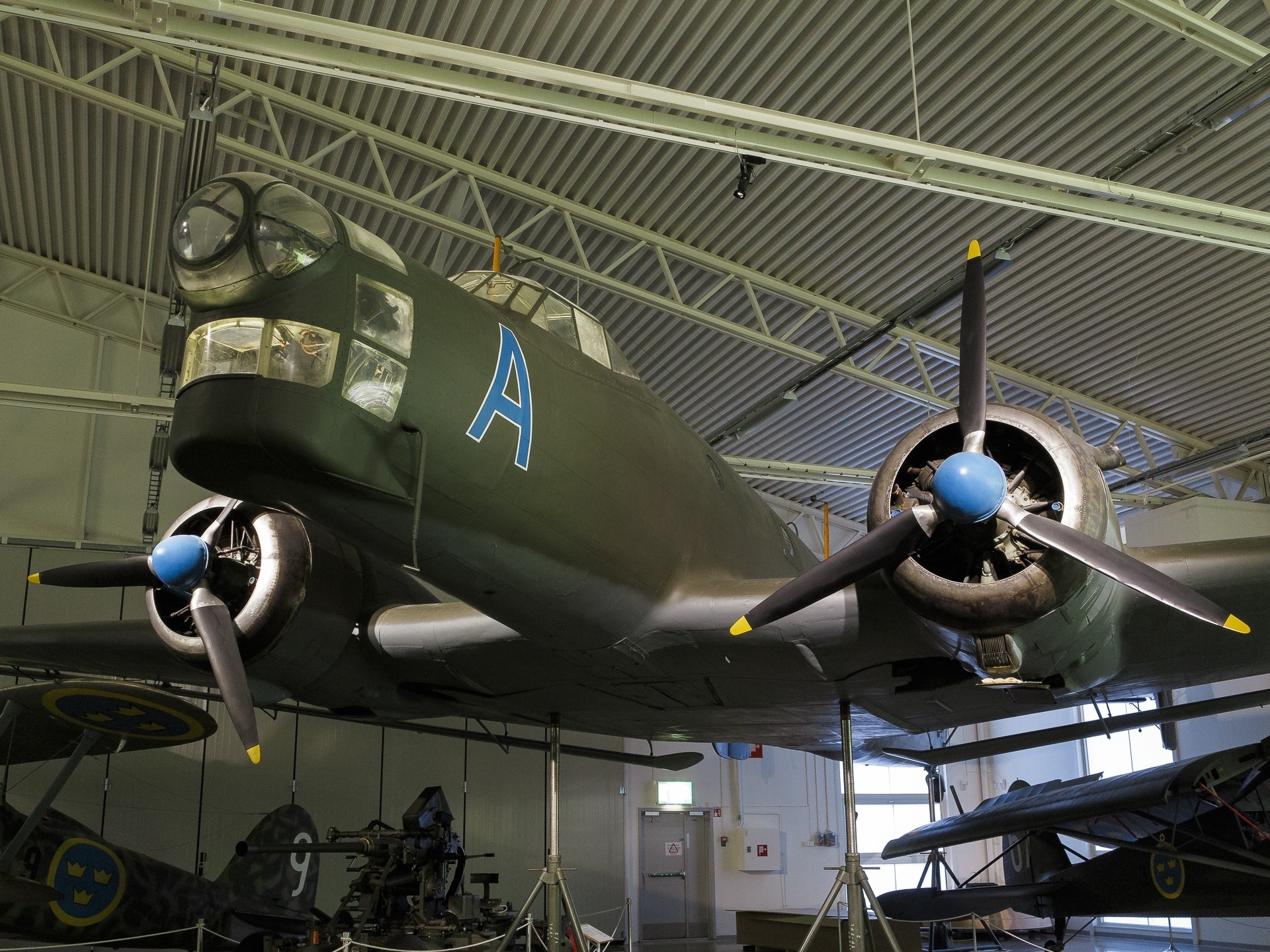 The Junkers Ju 86 was a German monoplane bomber and civilian airliner designed in the early 1930s, and employed by various air forces on both sides during World War II. The civilian model Ju 86B could carry ten passengers. Two were delivered to Swissair and five to Deutsche Luft Hansa. In addition a single civilian Ju 86Z was delivered to Sweden’s AB Aerotransport.