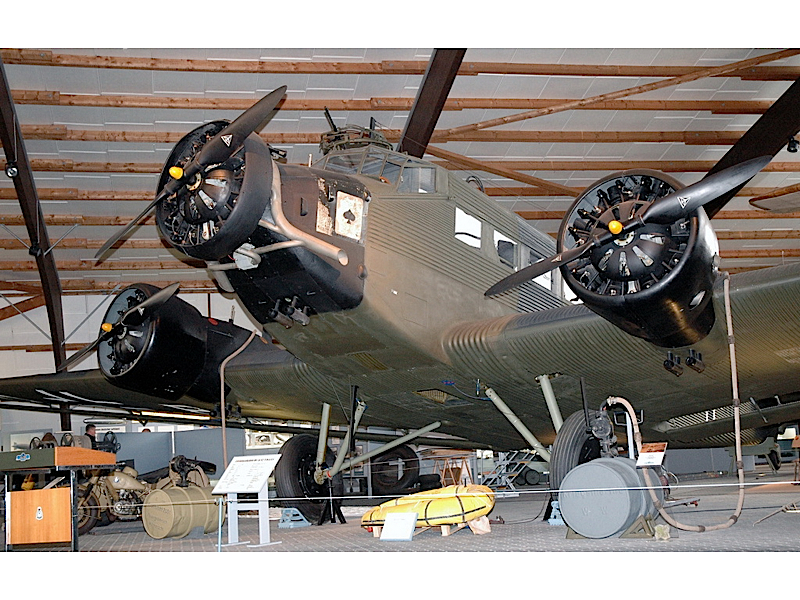 The Junkers Ju 52 (nicknamed Aunt Ju in German, Iron Annie by the English), was a corrugated iron transport aircraft manufactured by the German firm Junkers from the 1930s. Built to more than 4800 copies, it was used by many airlines, but also as a military transport aircraft and bomber during the Second World War. Proof of its robustness, three copies of the Junkers Ju 52 were used by the Swiss army until the 1980s.The Junkers Ju 52 completed their first military missions during the Spanish War, within the Condor Legion. They are then used both as transport aircraft and as bombers. They then played a decisive role in the airborne operations at the beginning of the Second World War in the Benelux in 1940 and against Crete in 1941, even if the losses quickly became significant.

Wait, Searching Junkers JU-52 for you...