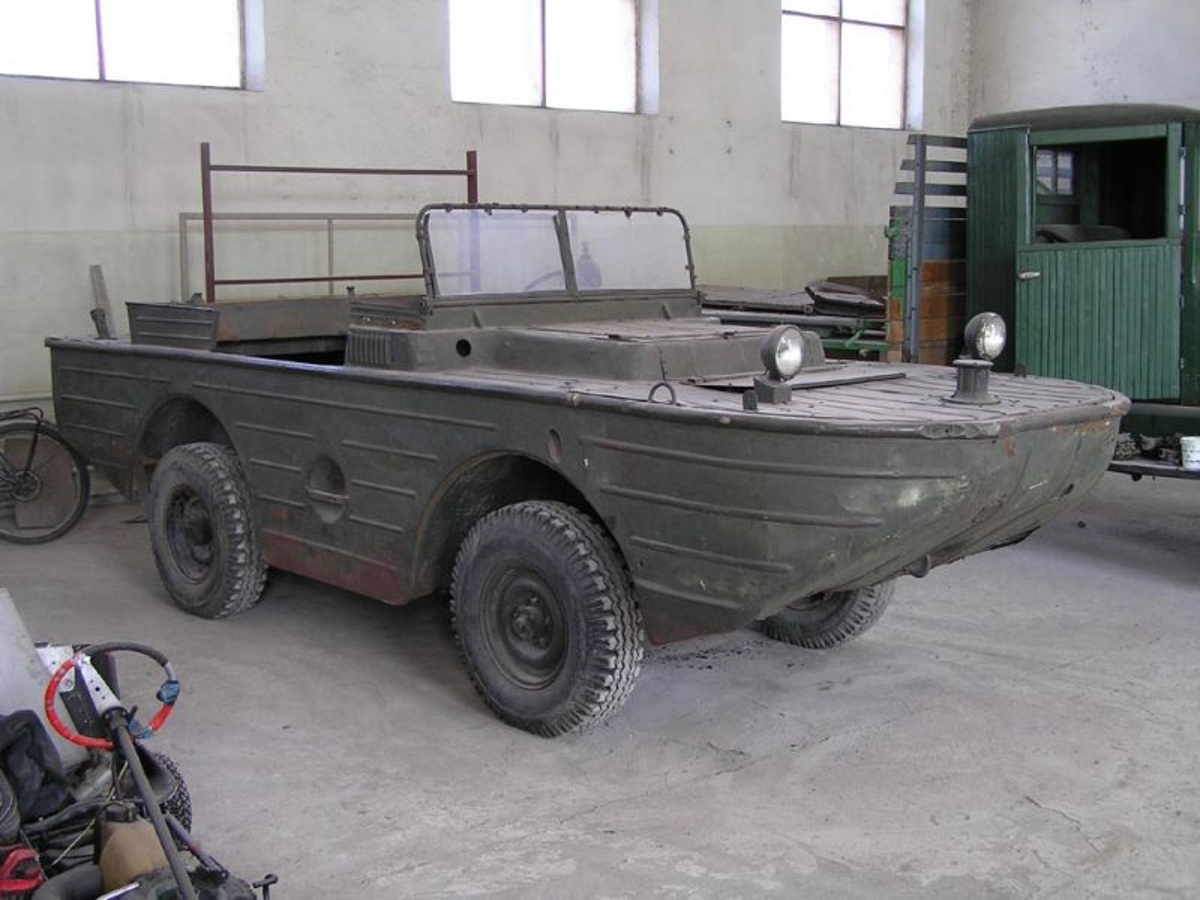 이 GAZ-46, army designation MAV (Russian, малый автомобиль водоплавающий, small floating car), is a Russian-made light four-wheel drive amphibious military vehicle that entered service in the 1950s and has been used by many Eastern Bloc allied forces since. During the Second World War Canada, Britain and the US forwarded large quantities of military materials to Russia. Among those were jeeps, trucks, and amphibious vehicles like the 6×6 DUKW and the 4×4 Ford GPA. The latter were used to help men and equipment get across the many rivers of Eastern Europe and combat the Germans. Seeing merits of such vehicles, after the war, Russia decided to develop two similar vehicles, using domestic automotive parts, the BAV, an equivalent of the DUKW, and the MAV, an equivalent of the Ford GPA. 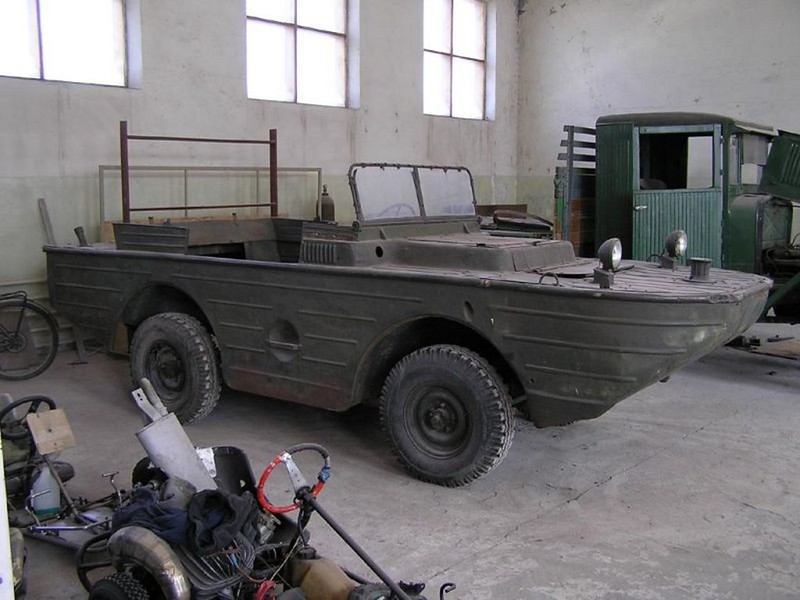 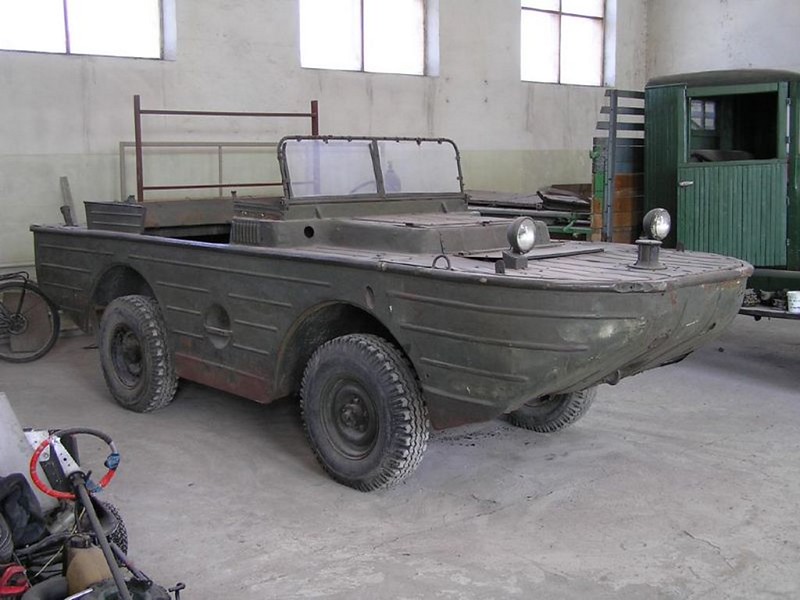 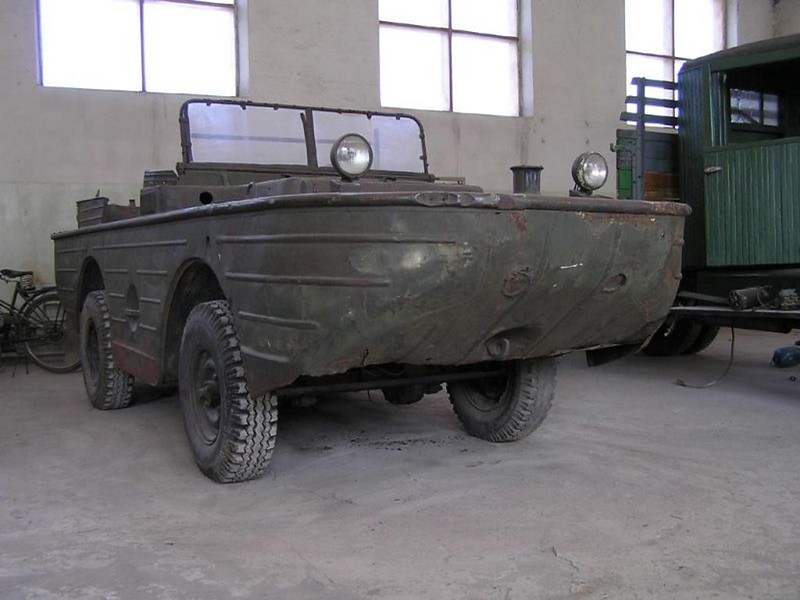 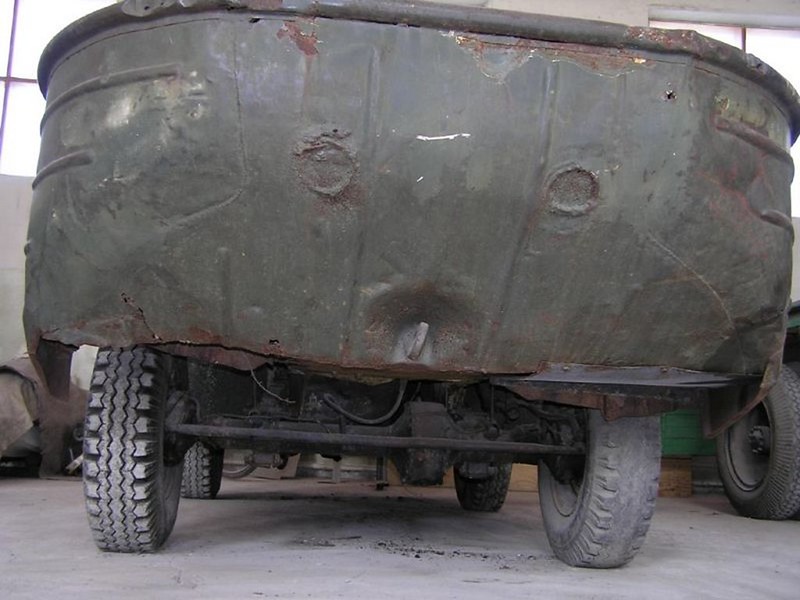 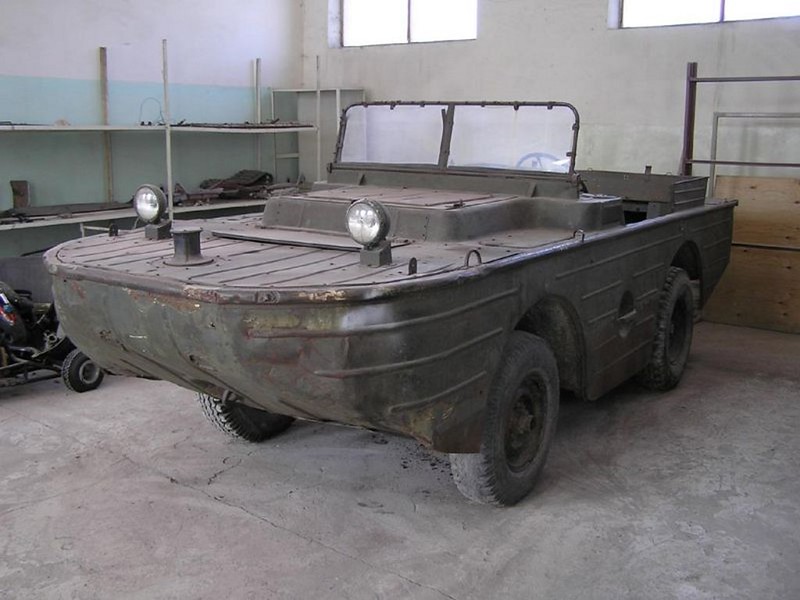 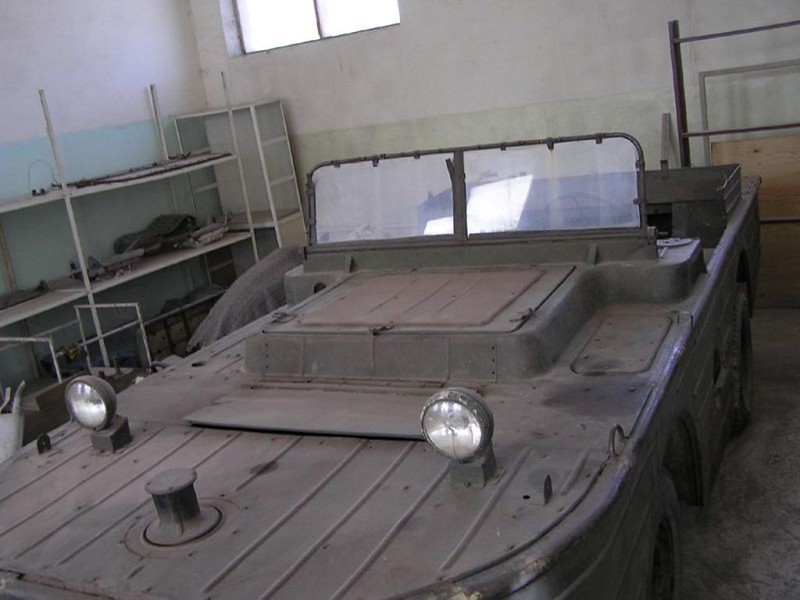 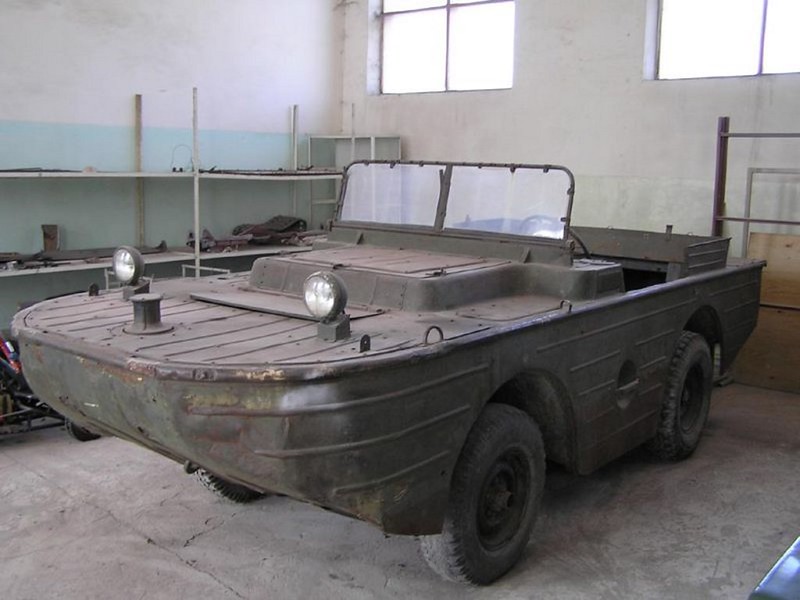 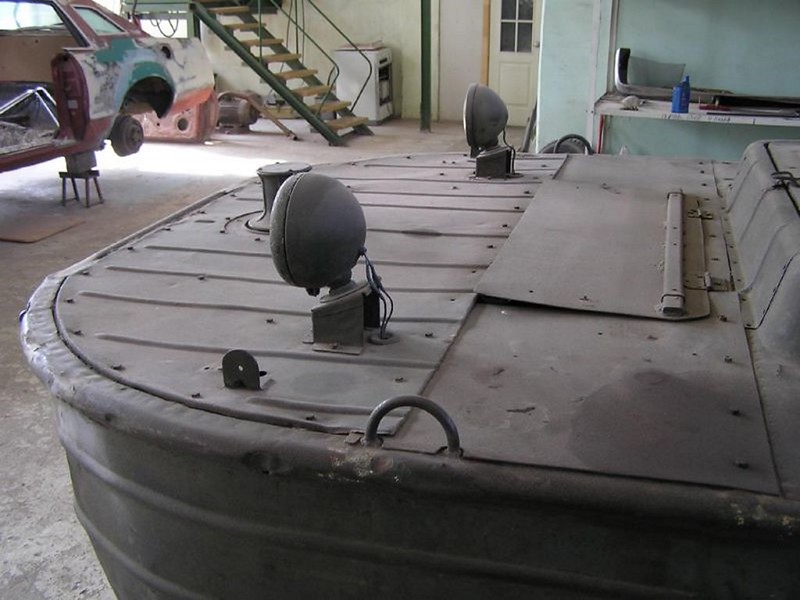