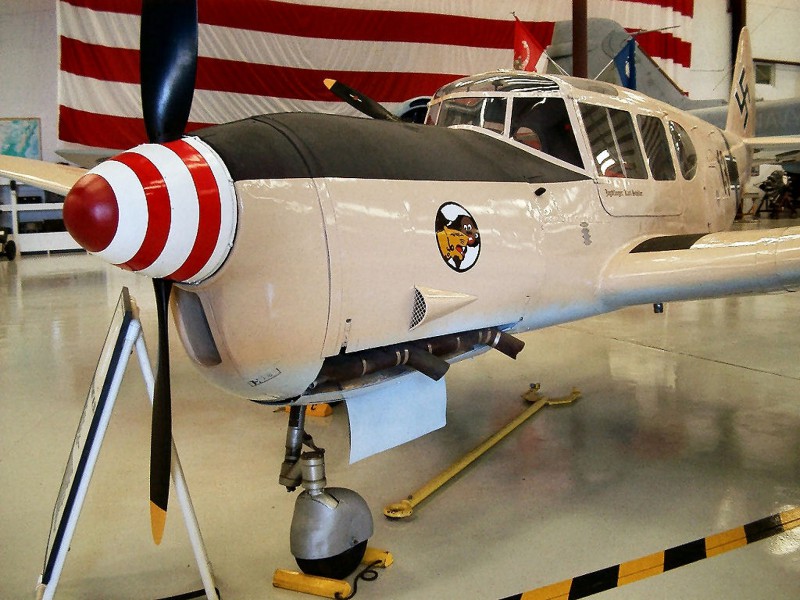 Tthe 메서슈미트 Me208 was an enlarged version of a Messerschmitt Bf 108 with a retractable tricycle landing gear. Two prototypes were built by SNCAN (Nord) in France during the war. Construction of the Messerschmitt Bf 108 was transferred to the Société Nationale de Constructions Aéronautiques du Nord (usually known simply as Nord) at Les Mureaux, to the West of Paris, in occupied France in 1942. The company built two prototypes of the Messerschmitt Me 208 during 1943/44. One survived the liberation and was redesignated Nord 1100. Nord built 200 production examples of the Noralpha and these served as communications aircraft with the French Air Force and French Navy. Later, many examples were civilianised.

소스: Messerschmitt Me208 on Wikipedia