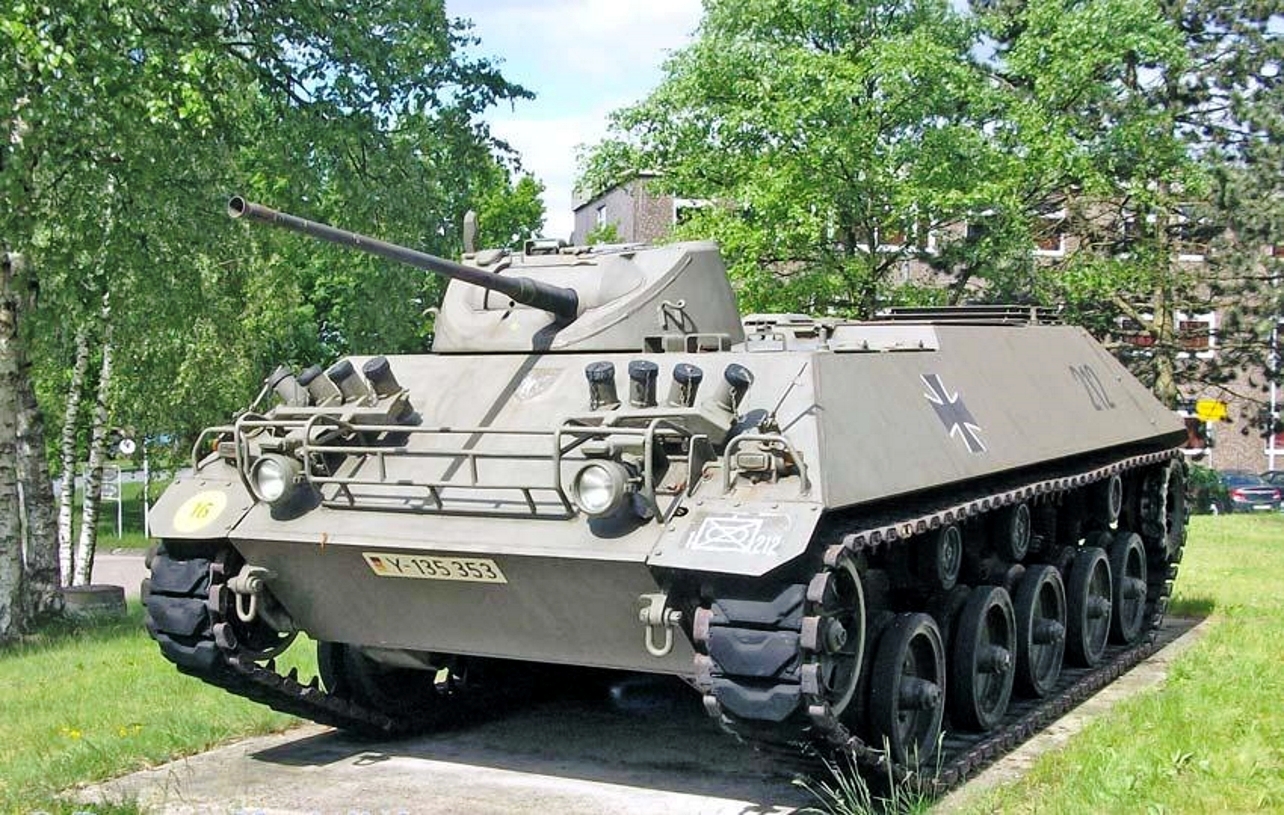 Le Schützenpanzer Lang HS.30 (also Schützenpanzer 12-3) was a West German infantry fighting vehicle developed during the 1950s. It was a Swiss Hispano-Suiza design, with a Rolls-Royce engine. After some early mechanical problems only some 2000 were built of the 10,000 planned. It was armed with a 20 mm cannon which was an unusually powerful weapon for an armoured personnel carrier of the period. Its design proved to have many flaws and drawbacks and the construction was followed by a great political scandal in West Germany in the 1960s. 2176 SPz 12-3 and variants were built until 1962, for which the German government paid 517 million DM, or about 238,000 DM per vehicle. The SPz 12-3 was first deployed in 1958 and was replaced by the Marder infantry fighting vehicle from 1971