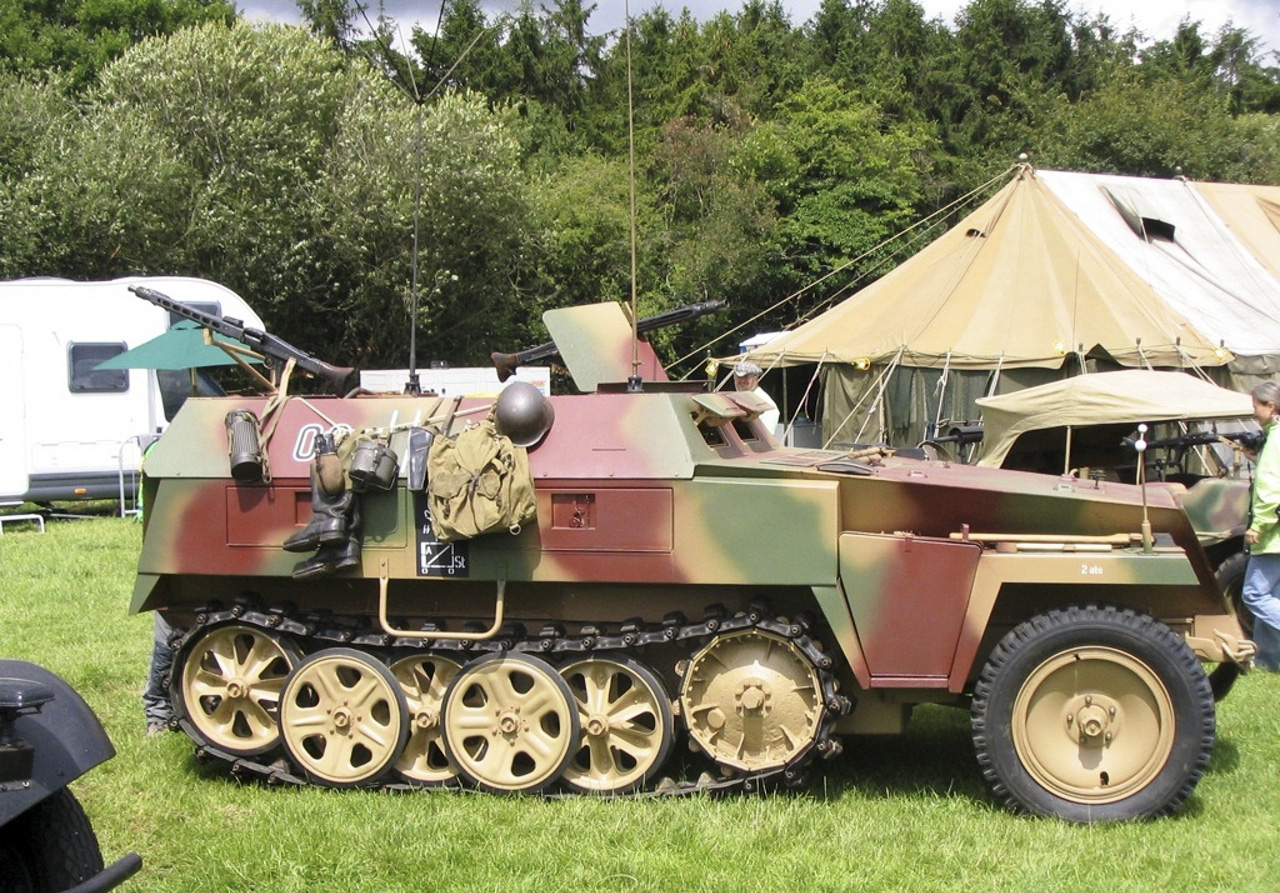 The Sd.Kfz. 250 (German: Sonderkraftfahrzeug 250; ‘special motor vehicle’) was a light armoured half-track, very similar in appearance to the larger Hanomag-designed Sd.Kfz. 251, and built by the DEMAG firm, for use by Nazi Germany in World War II. Most variants were open-topped and had a single access door in the rear. The Sd. Kfz 250 was adopted in 1939 to supplement the standard half-track. Production delays meant that the first vehicle did not appear until mid-1941.

Search on eBay
Search for what you need, We suggest this but it is you who decide
...
Wait, Searching SdKfz 250 for you…