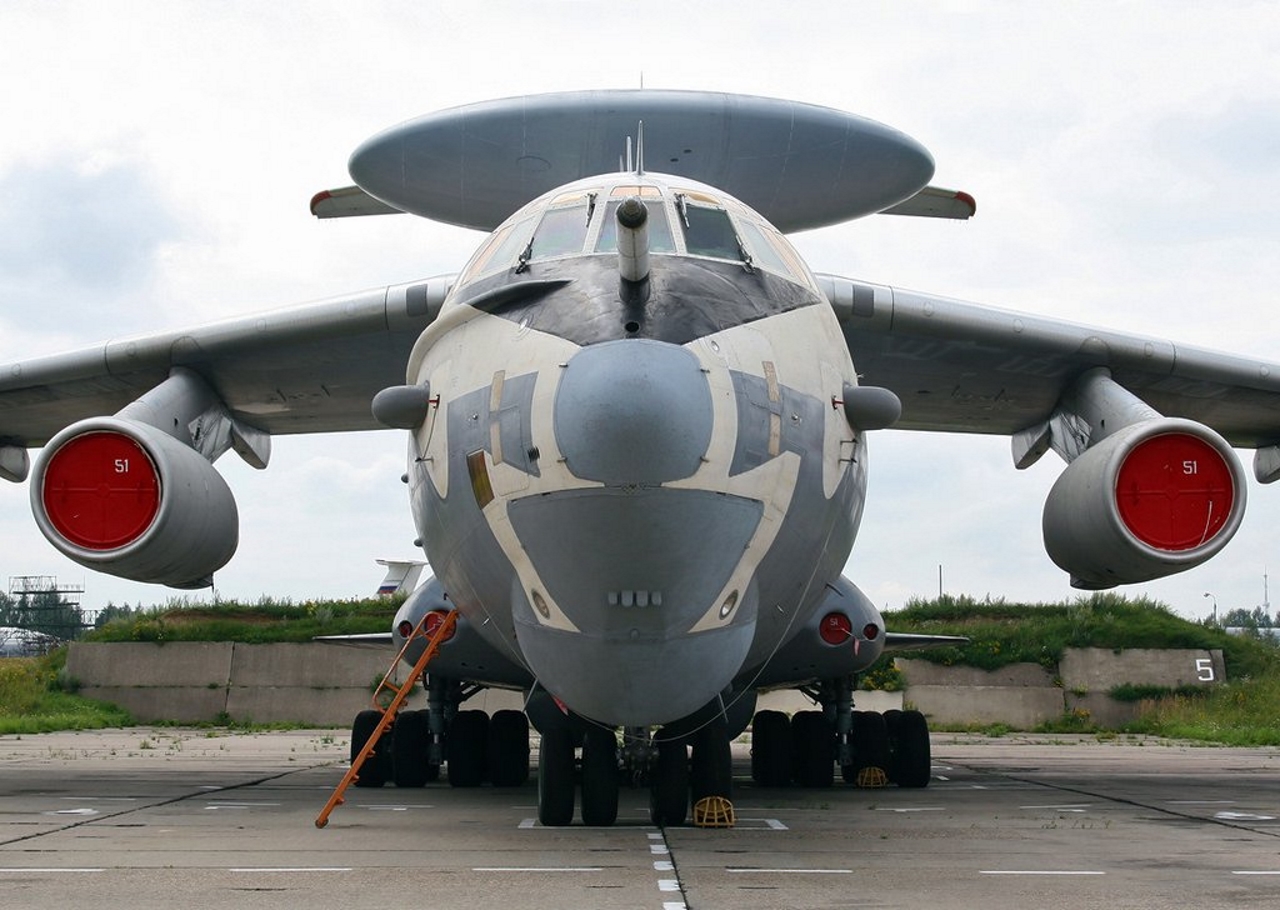 The Beriev A-50 (NATO reporting name: Mainstay) is a Soviet airborne early warning and control (AEW&C) aircraft based on the Ilyushin Il-76 transport. Developed to replace the Tupolev Tu-126 “Moss”, the A-50 first flew in 1978. Its existence was revealed to the Western Bloc in 1980 by Adolf Tolkachev. It entered service in 1984, with about 40 produced by 1992.

Source: Beriev A-50 on Wiki

More photos
Wait, Searching Beriev A-50 photos for you…