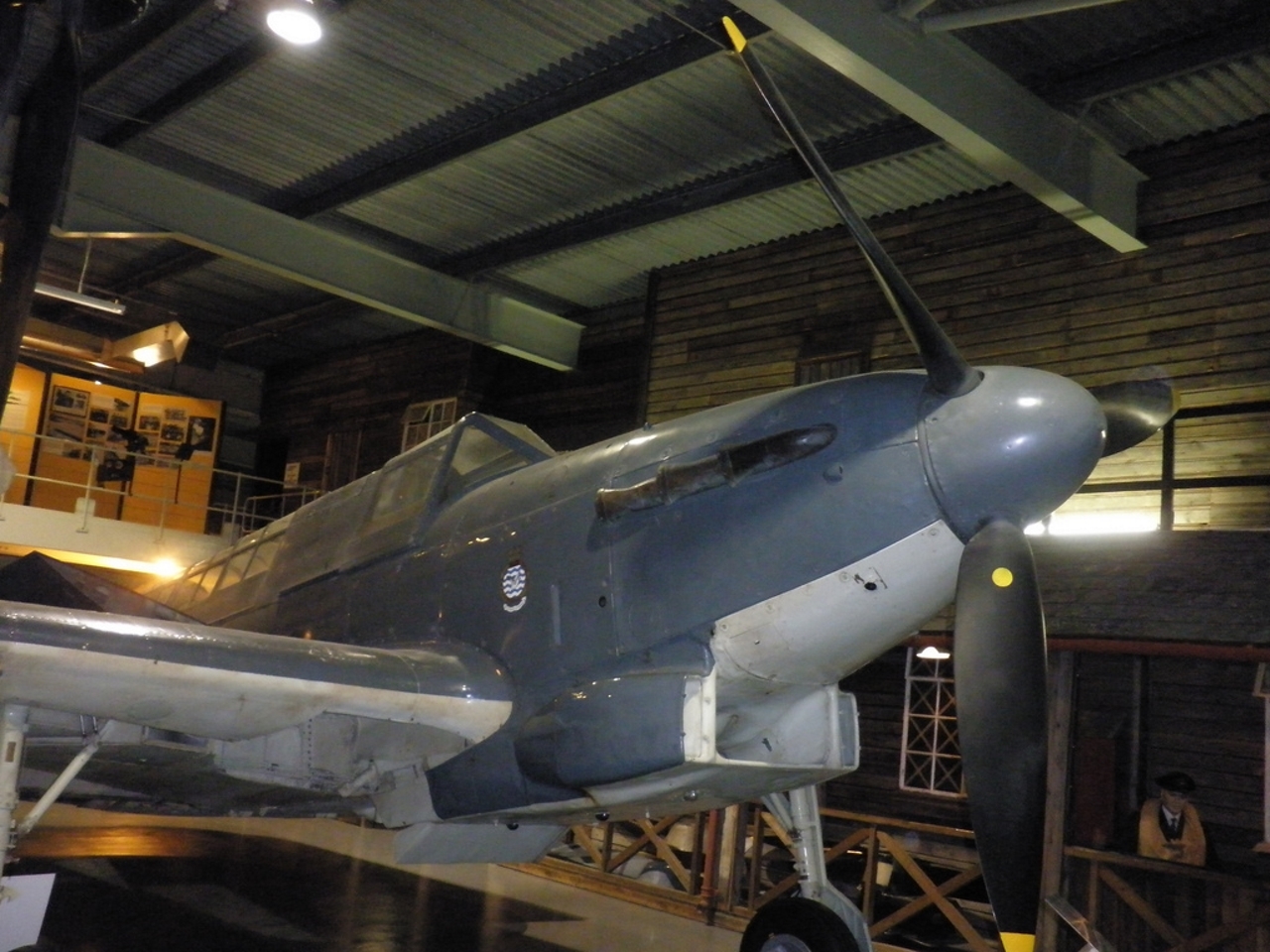 Фотогалерея Фейри Фулмар Mk.I, The Fairey Fulmar was a British carrier-borne fighter aircraft that served with the Fleet Air Arm (FAA) during the Second World War. A total of 600 were built by Fairey Aviation at its Stockport factory between January 1940 and December 1942. The Fulmar’s design was based on that of the earlier Fairey P.4/34 that was in turn developed in 1936 as a replacement for the Fairey Battle light bomber. Although its performance (like that of its Battle antecedent) was lacking, the Fulmar was a reliable, sturdy aircraft with long range and an effective armament of eight machine guns.