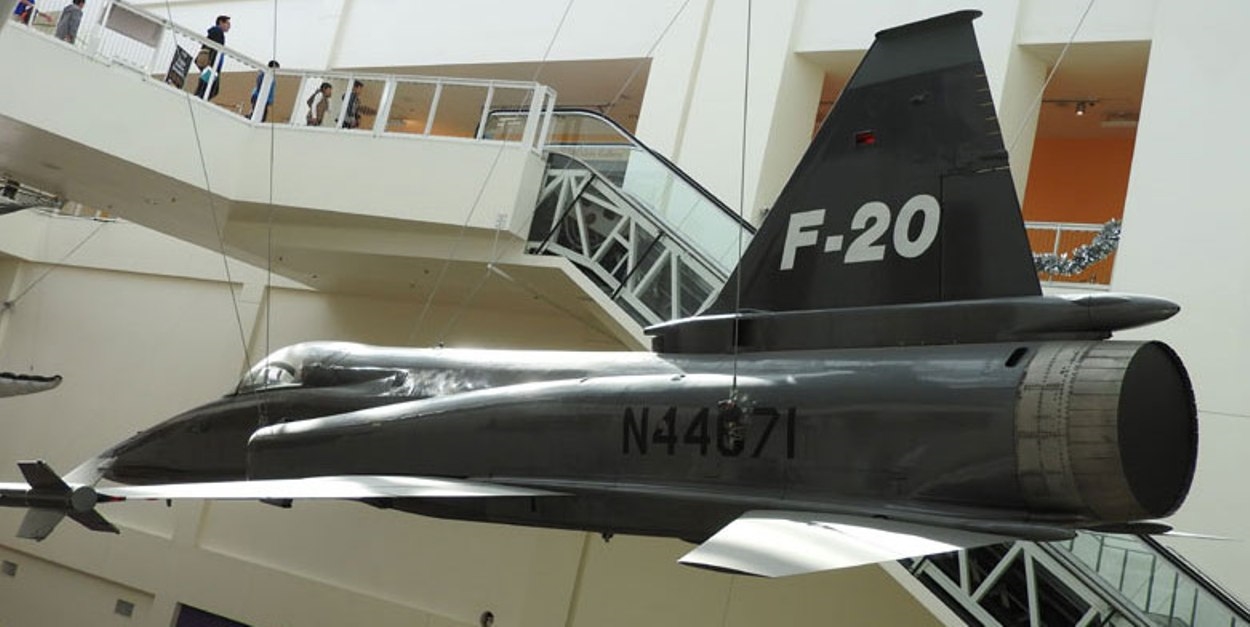 Tthe 노스롭 F-20 타이거샤크 (initially F-5G) was a privately financed light fighter, designed and built by Northrop. Its development began in 1975 as a further evolution of Northrop’s F-5E Tiger II, featuring a new engine that greatly improved overall performance, and a modern avionics suite including a powerful and flexible radar. Compared with the F-5E, the F-20 was much faster, gained beyond-visual-range air-to-air capability, and had a full suite of air-to-ground modes capable of firing most U.S. weapons. With these improved capabilities, the F-20 became competitive with contemporary fighter designs such as the General Dynamics F-16 Fighting Falcon, but was much less expensive to purchase and operate.