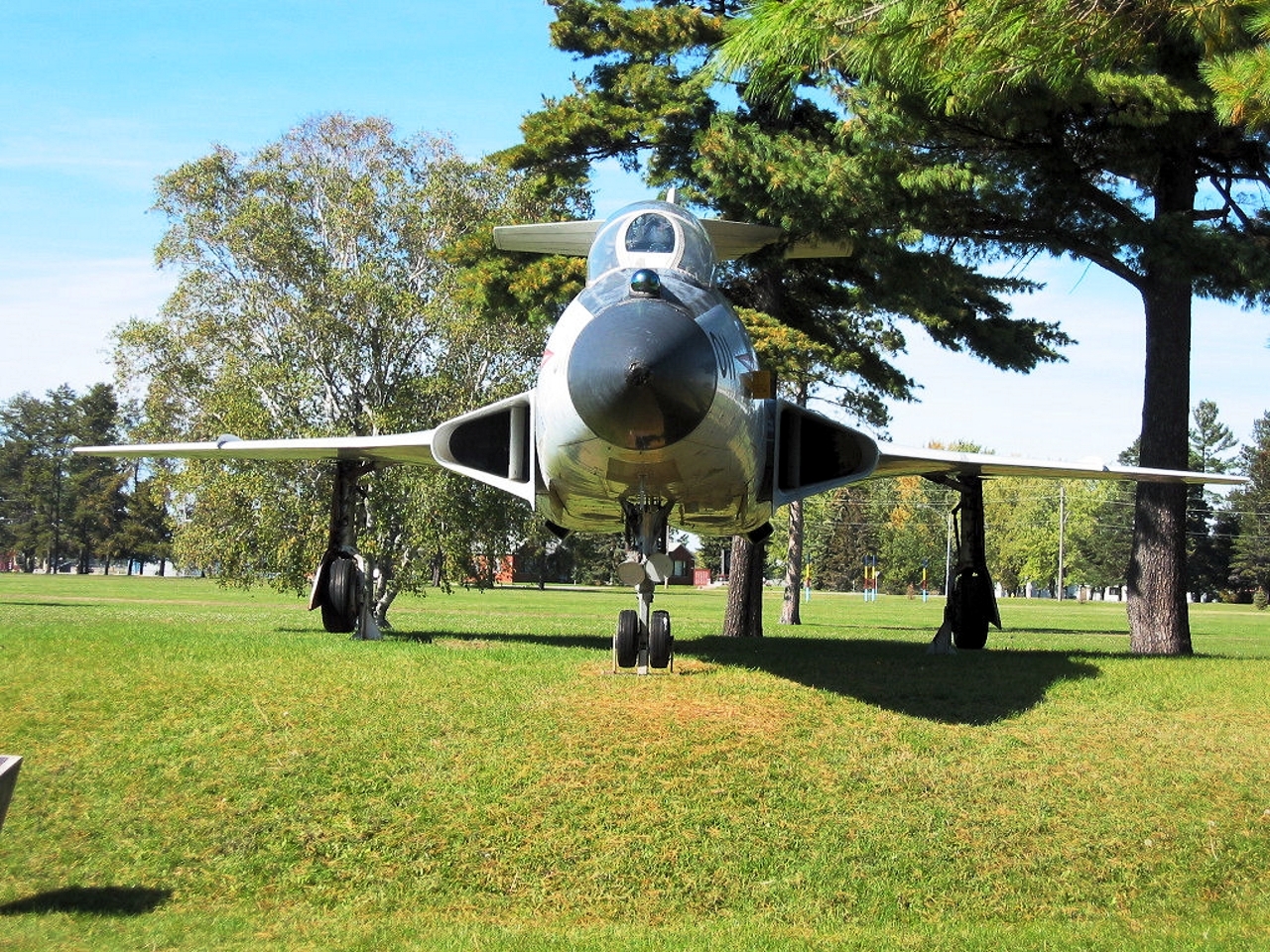 The McDonnell F-101 Voodoo was a supersonic jet fighter which served the United States Air Force (USAF) and the Royal Canadian Air Force (RCAF). Initially designed by McDonnell Aircraft as a long-range bomber escort (known as a penetration fighter) for the Strategic Air Command (SAC), the Voodoo was instead developed as a nuclear-armed fighter-bomber for the Tactical Air Command (TAC), and as a photo reconnaissance aircraft based on the same airframe. An F-101A set a number of world speed records for jet powered aircraft, including fastest airspeed, attaining 1,207.6 miles (1,943.4 km) per hour on 12 December 1957. They operated in the reconnaissance role until 1979.