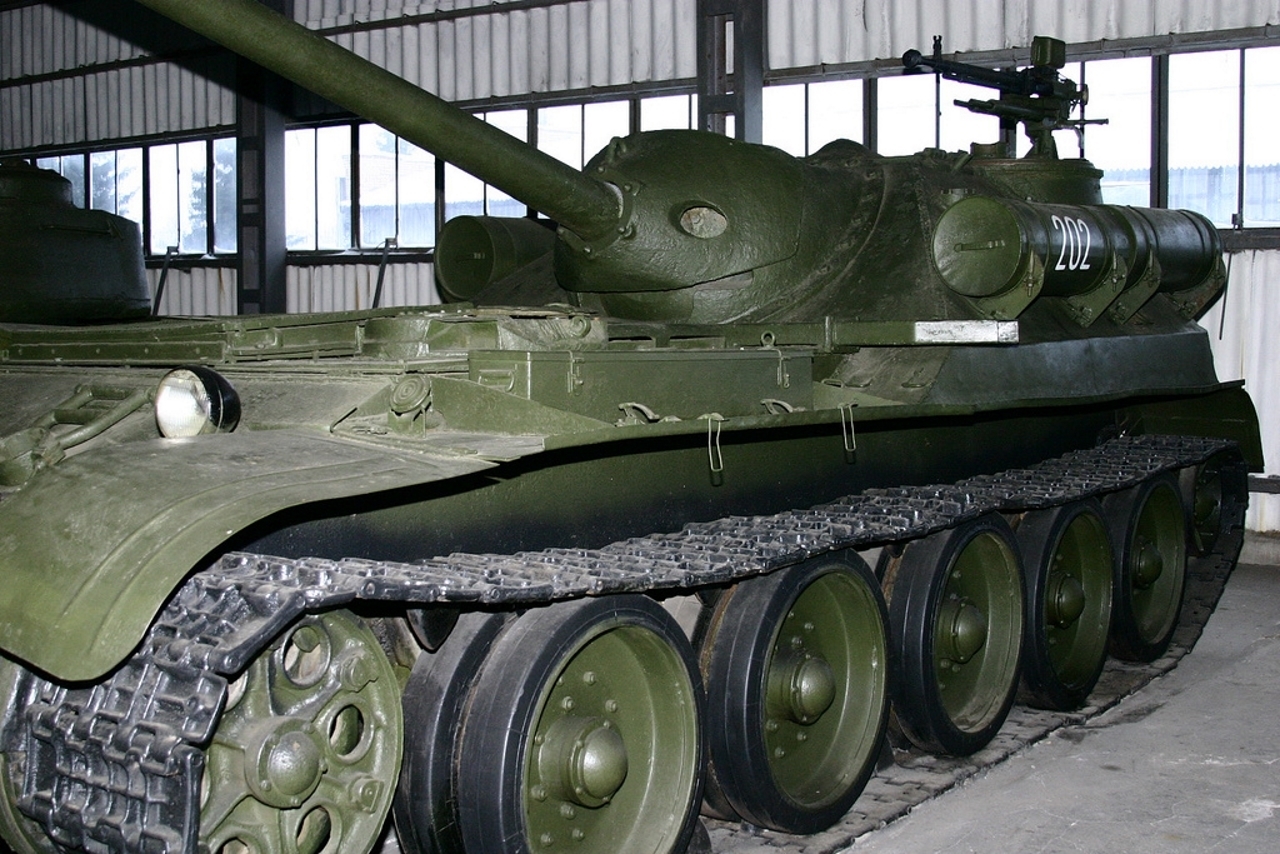 The Uralmash-1 (Уралмаш-1) was a Soviet prototype self-propelled gun developed during World War II. It was a turretless, tracked armoured fighting vehicle designed by the Yekaterinburg-based Uralmash design bureau (UZTM) between autumn 1944 and spring 1945. It used the chassis of the T-44 medium tank and was intended to replace the SU-100 which itself had only entered service with the Red Army in late 1944. Two prototypes of the Uralmash-1 with different armament were built in early 1945, one with the 100 mm D-10 tank gun, the other with the 122 mm D-25S tank gun. While mass production was initially recommended, the end of the war with Germany in May 1945 eventually caused the project to be cancelled due to lack of necessity. If the Uralmash-1 had entered service, the 100 mm variant would have been designated SU-101 (СУ-101) while the 122 mm variant would have been designated SU-102 (СУ-102), in accordance with Soviet military nomenclature, where the “SU”-label stood for Samokhodnaya Ustanovka, or self-propelled gun.

Search on eBay
Search for what you need, We suggest this but it is you who decide
...
Wait, Su-101 Uralmash for you…