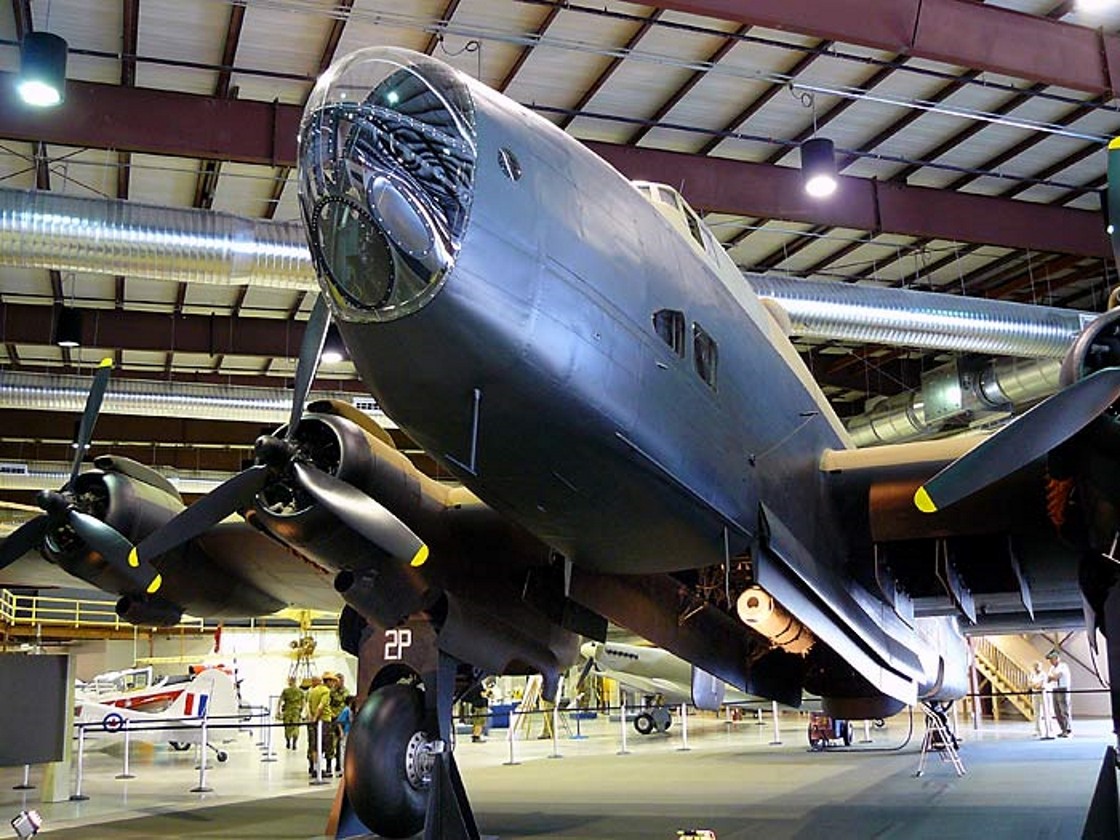 The Handley Page Halifax was a Royal Air Force (RAF) four-engined heavy bomber of the Second World War. It was developed by Handley Page to the same specification as the contemporary twin-engine Avro Manchester. The Halifax has its origins in the twin-engine HP56 proposal of the late 1930s, produced in response to the British Air Ministry’s Specification P.13/36 for a capable medium bomber for “world-wide use.” The HP56 was ordered as a backup to the Avro 679, both aircraft being designed to use the underperforming Rolls-Royce Vulture engine. The Handley Page design was altered at the Ministry to a four-engine arrangement powered by the Rolls-Royce Merlin engine; the rival Avro 679 was produced as the twin-engine Avro Manchester which, while regarded as unsuccessful mainly due to the Vulture engine, was a direct predecessor of the famed Avro Lancaster. Both the Lancaster and the Halifax would emerge as capable four-engined strategic bombers, thousands of which would be built and operated by the RAF and several other services during the War.