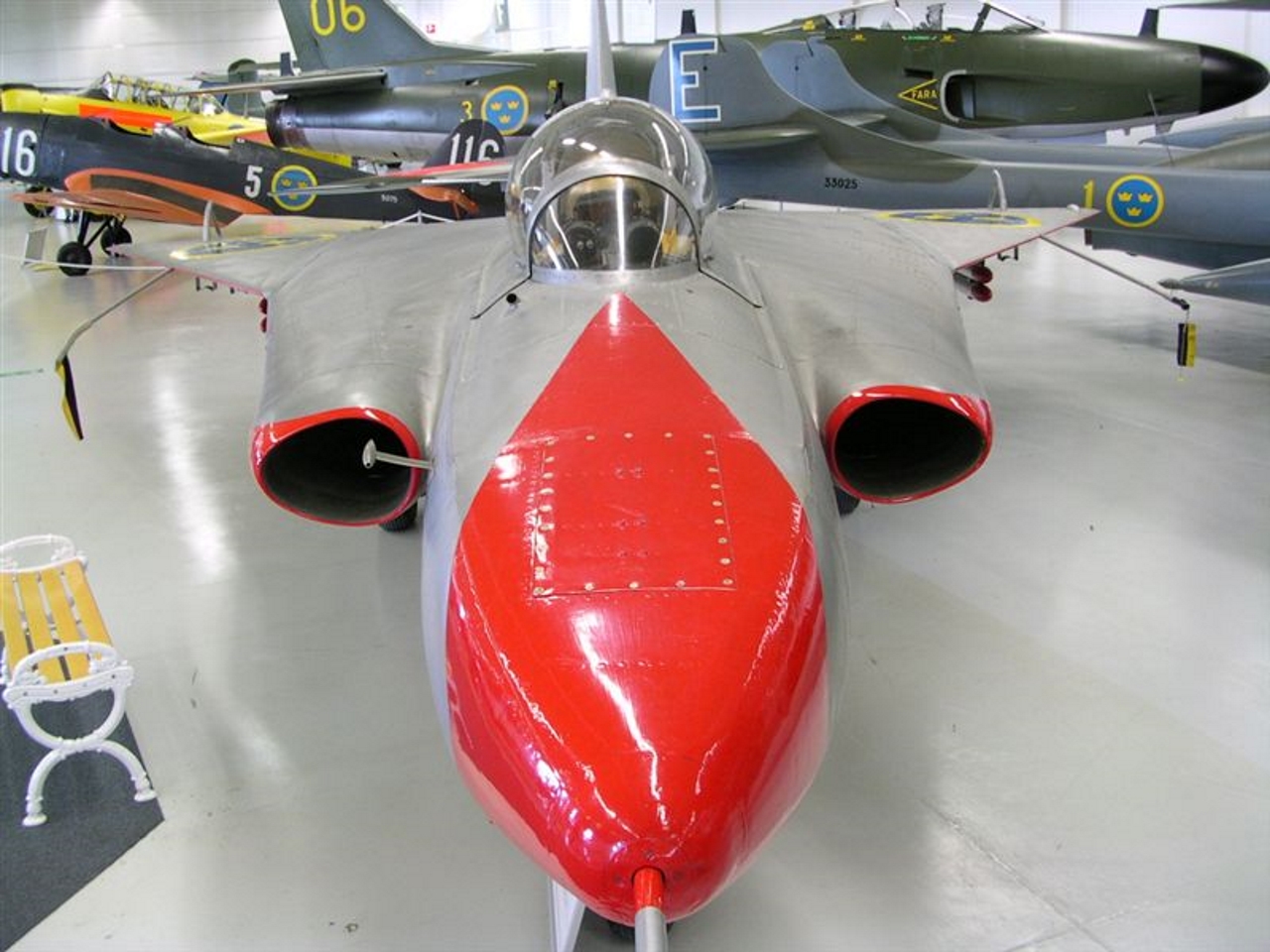 2007 Saab 210 Draken (the Dragon or the Kite) is a scaled-down testbed for the double-delta concept in the development of the J 35 fighter. Although never officially named anything but Draken by Saab, it soon became known by its unofficial nickname Lilldraken (the Little Dragon or the Little Kite) after the first flight of the prototype of the Saab 35. Its first flight was on 21 January 1952. 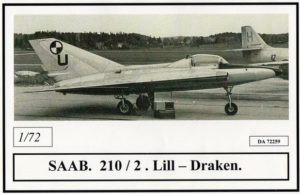