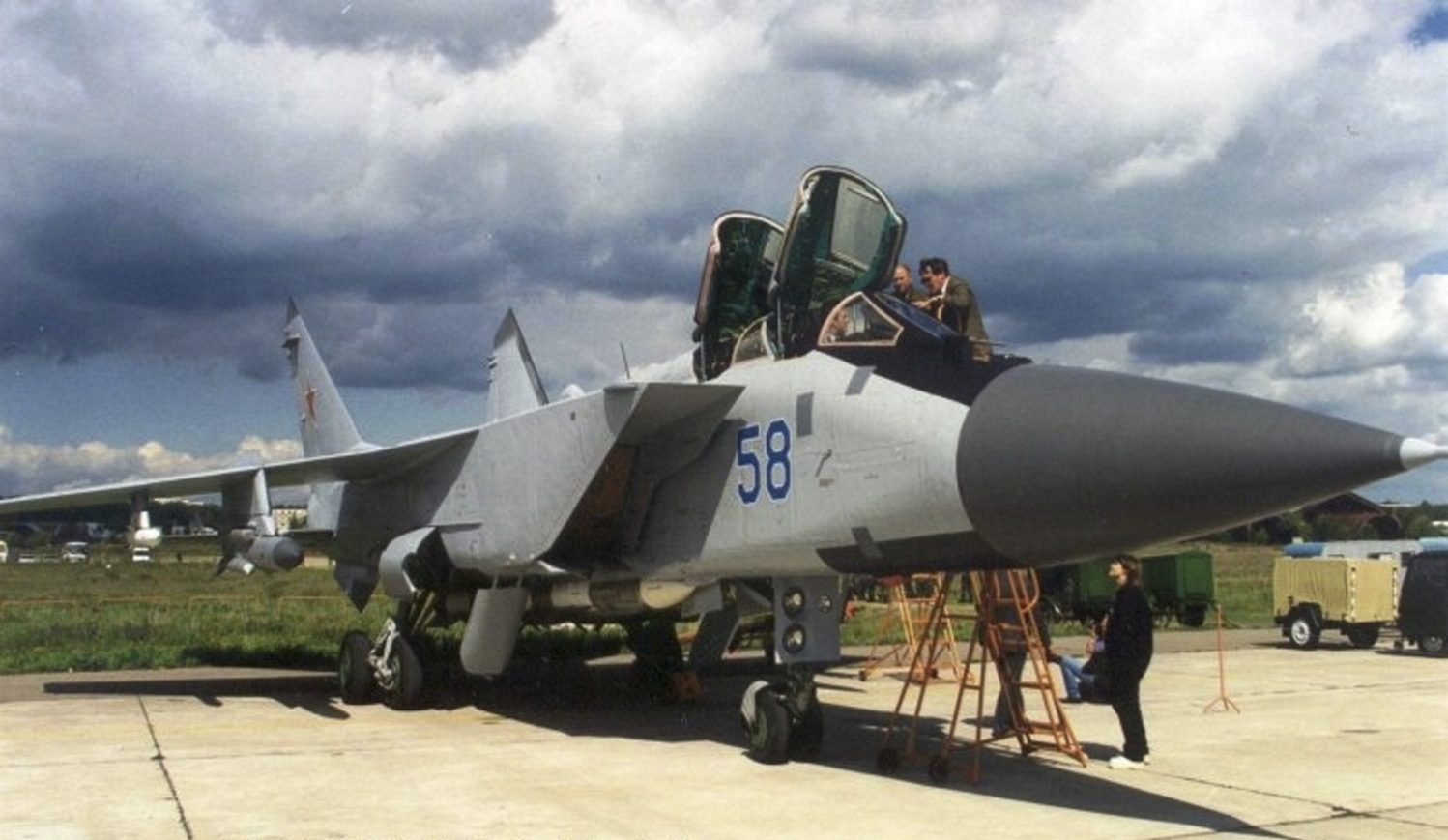 Die Mikoyan MiG-31 (Russian: Микоян МиГ-31; NATO reporting name: Foxhound) is a supersonic interceptor aircraft that was developed for use by the Soviet Air Forces. The aircraft was designed by the Mikoyan design bureau as a replacement for the earlier MiG-25 “Foxbat”; the MiG-31 is based on and shares design elements with the MiG-25. The MiG-31 has the distinction of being among the fastest combat jets in the world. It continues to be operated by the Russian Air Force and the Kazakhstan Air Force following the end of the Cold War and the collapse of the Soviet Union in 1991. The Russian Defence Ministry expects the MiG-31 to remain in service until 2030 or beyond and was confirmed in 2020 when an announcement was made to extend the service lifetime from 2,500 to 3,500 hours on the existing airframes. 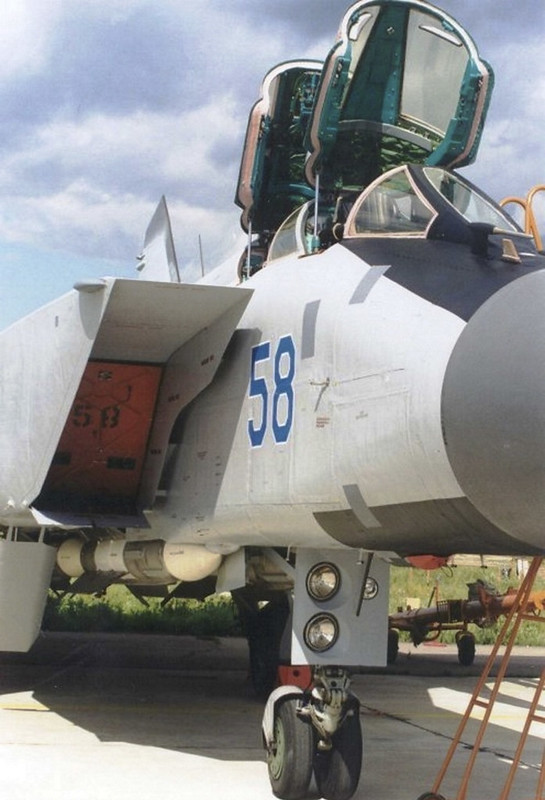 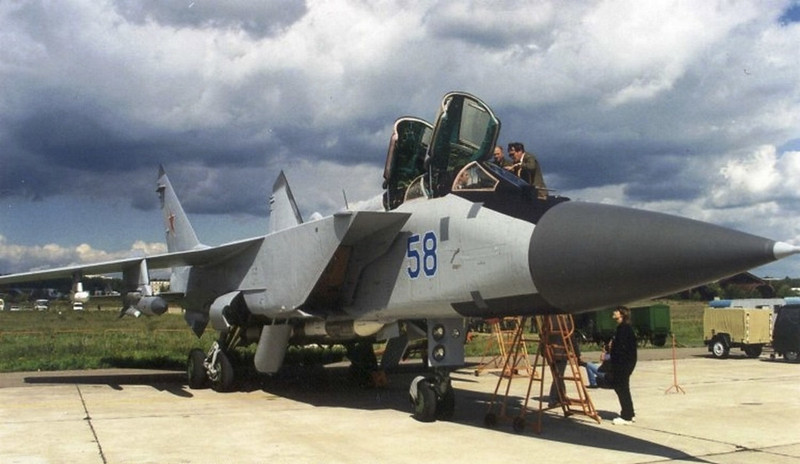 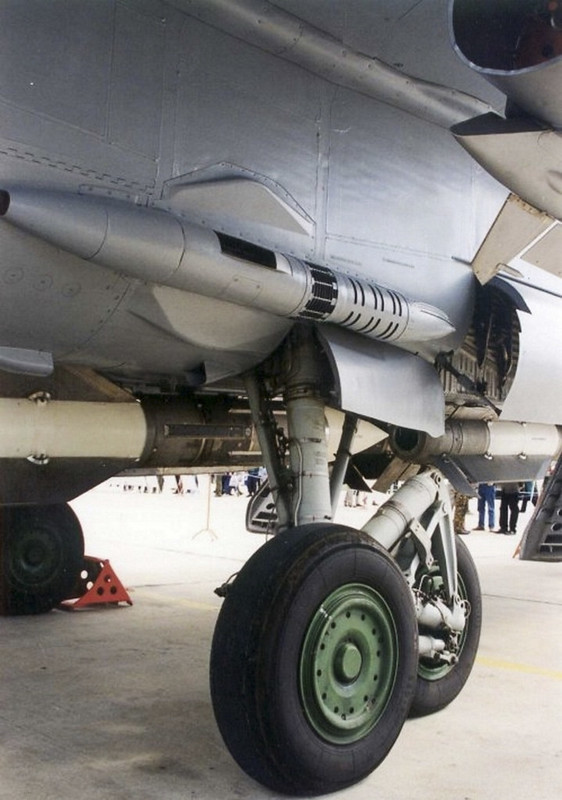 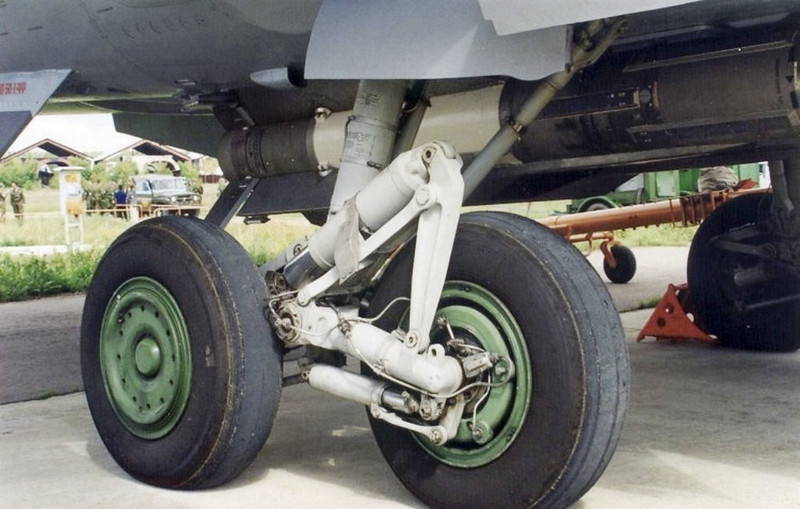 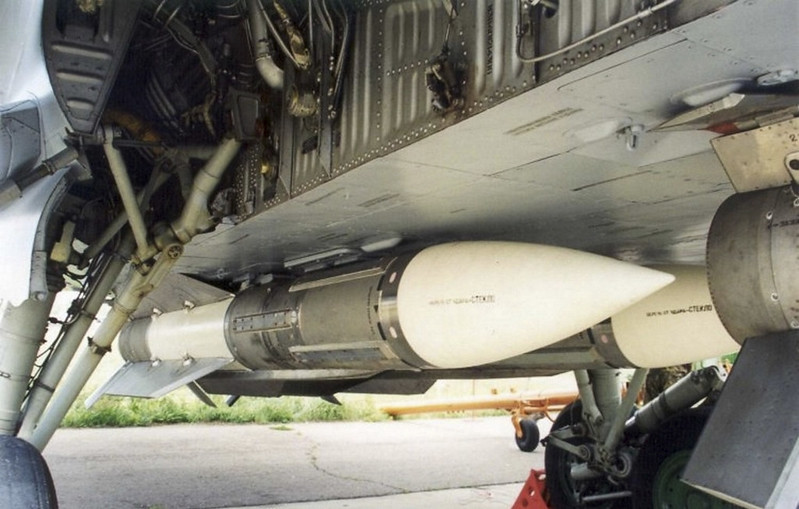