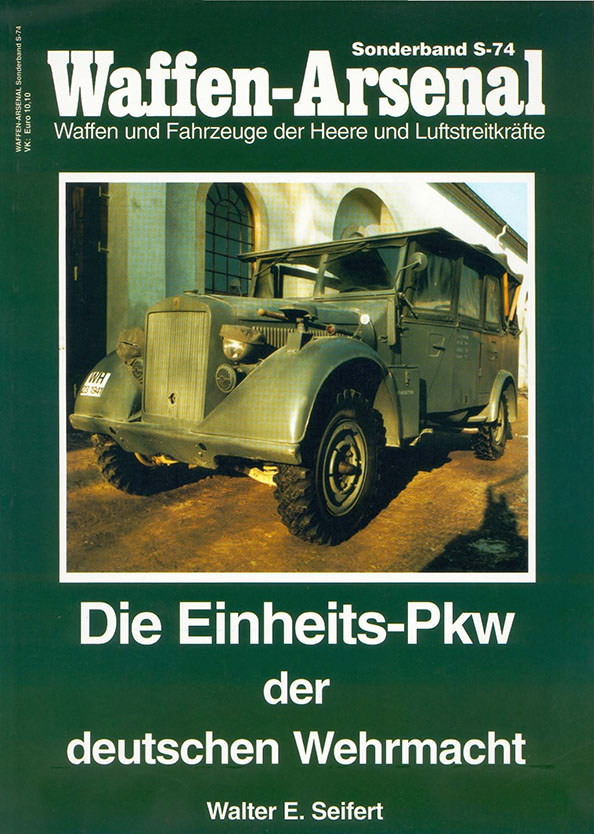 Like any German company of this period, Stoewer had to participate in Germany's rearmament. From 1935 she designed and produced a light vehicle, the Leichte Einheits Pkw. In the absence of sufficient speed, Hanomag and BMW-Werk Eisenach will be used for assembly from 1937, under the designation types 20B and 40, and BMW325, each with its own engine. In 1941 it assembled the chassis of the Panzer I as well as those of the anti-aircraft version Flakpanzer I. Stoewer will also manufacture licensed models, such as the Kettenkrad motorcycle designed by NSU Motorenwerke AG or the Tatra 30 under the designation Stoewer Greif Junior.

Wait, Searching Einheits-PKW for you...