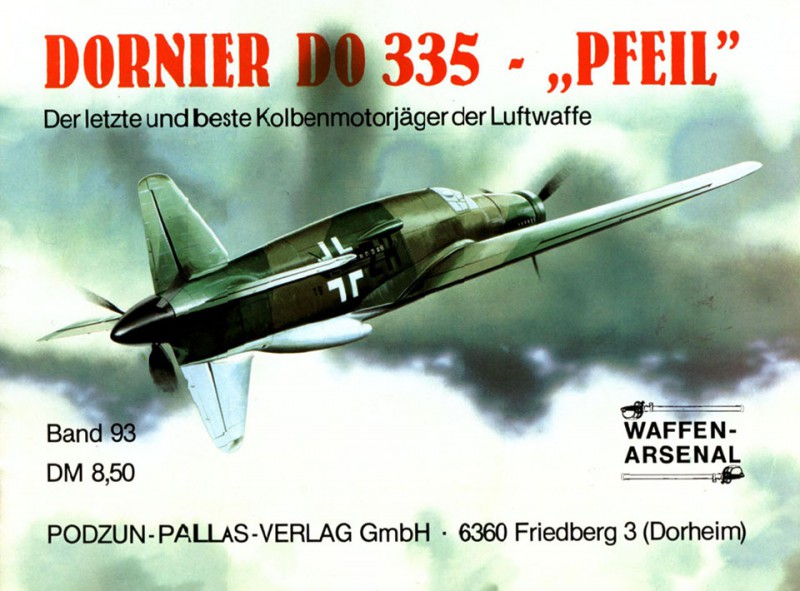 The Dornier Do 335 Pfeil was a fighter aircraft built by Nazi Germany at the end of World War II. It had particularly high speed performance for an aircraft powered by conventional piston engines.

Wait, Searching Waffen Arsenal 093 for you...