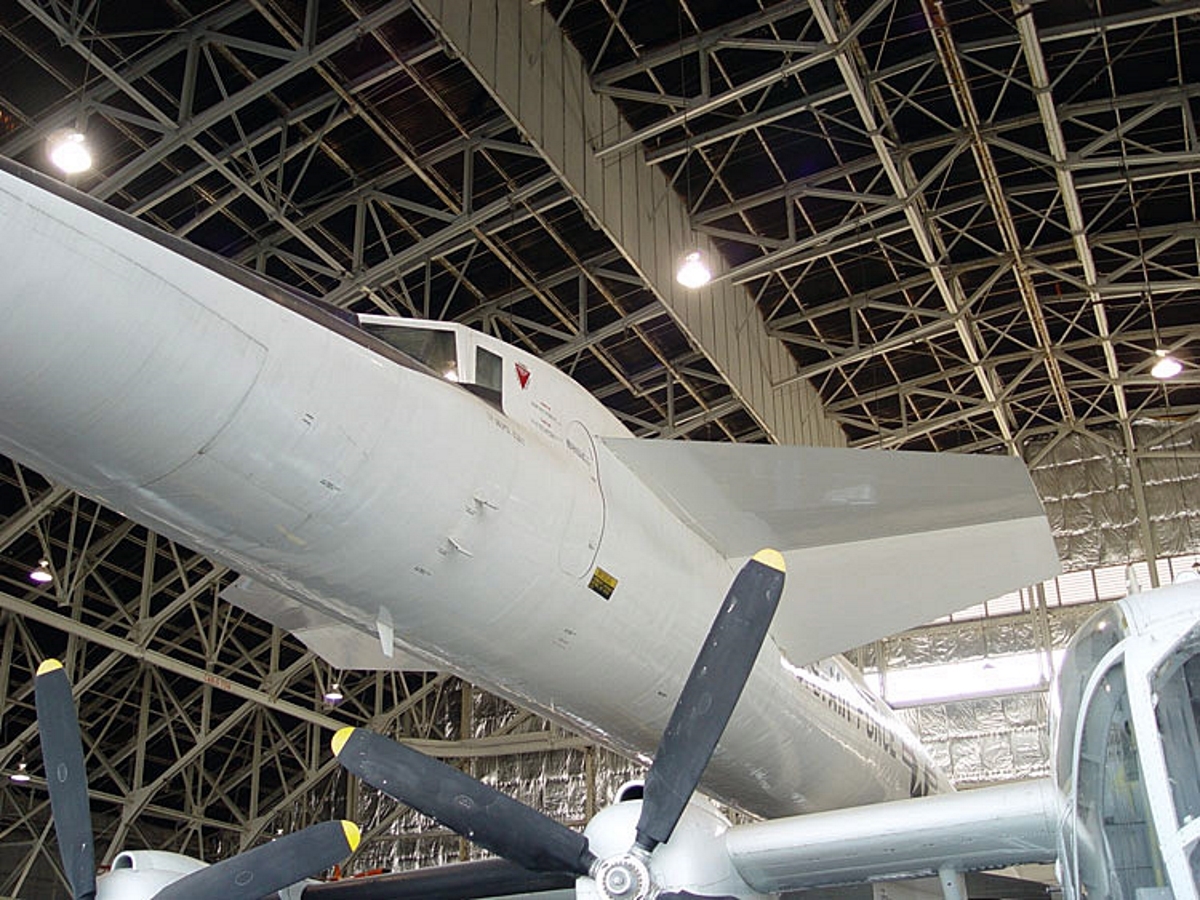 The North American Aviation XB-70 Valkyrie was the prototype version of the planned B-70 nuclear-armed, deep-penetration strategic bomber for the United States Air Force Strategic Air Command. Designed in the late 1950s by North American Aviation, the six-engined Valkyrie was capable of cruising for thousands of miles at Mach 3+ while flying at 70,000 feet (21,000 m).