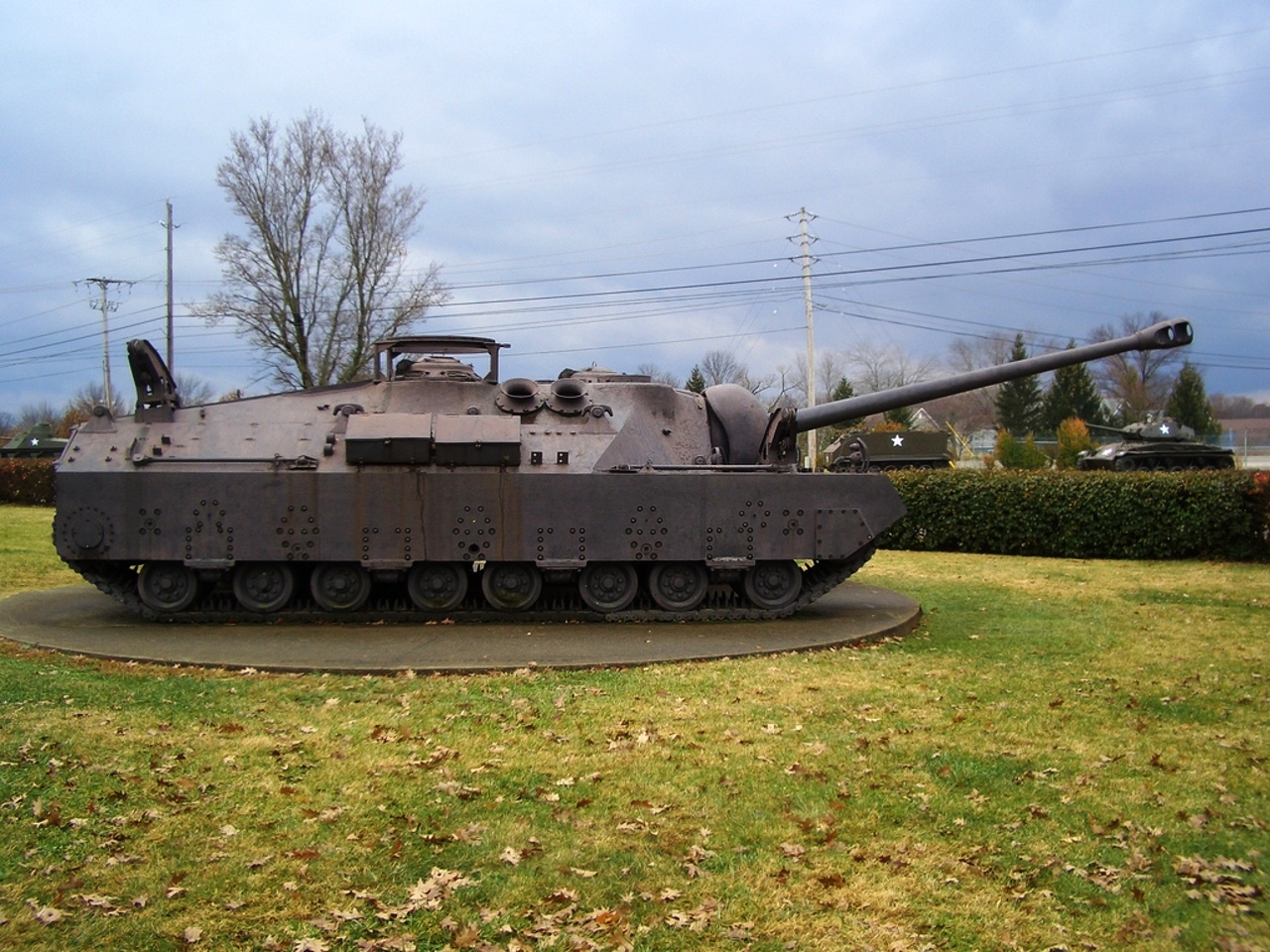 사진 갤러리 T-28 슈퍼 중전차, The T28 Super Heavy Tank was an American heavily armored tank self-propelled gun designed for the United States Army during World War II. It was originally designed to be used to break through German defenses of the Siegfried Line, and was later considered as a possible participant in the planned invasion of the Japanese mainland. The 100-ton vehicle was initially designated a heavy tank, it was re-designated as the 105 mm Gun Motor Carriage T95 in 1945, and then renamed in 1946 as the Super Heavy Tank T28.