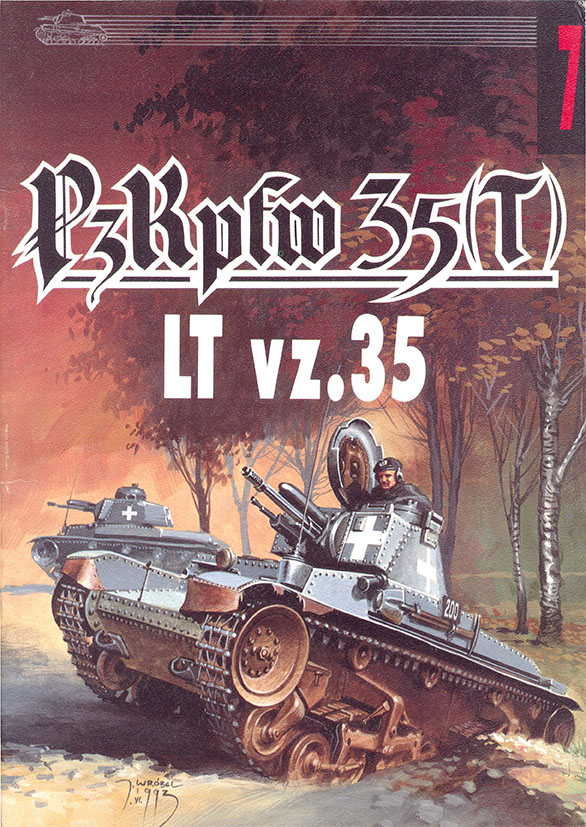 Les Chars LT vz 35 were employed by the Czechoslovak army from 1937 to 1939. But a total of 219 LT vz 35 tanks were captured by Germany in March 1939 and employed by the Wehrmacht during World War II. They were first used, from June 5, 1939, by the cavalry under the name LTM 35. But after January 16, 1940, they fell under the control of the Panzertruppe, the German armored units, under the name Panzer 35(t), the letter t indicating their Czechoslovak origin. The 6th Panzer Division (which at the time was still called the 1st Light Cavalry Division) was equipped with it at the beginning of the war, and the tanks served in Poland in 1939 and in France in 1940. But from 1940, there were no more spare parts and the tanks had to be completely rebuilt to remain operational; it was therefore decided that the campaign of the summer of 1941 would be their last. In addition, Panzer 35(t) proved to be totally inadequate in the face of the extreme cold encountered in the USSR. At the end of November 1941, not a single one was operational. These weaknesses, in addition to the thinness of their armor and the low caliber of their gun against Soviet tanks, meant that most were withdrawn from the front and the 26 still operating in 1942 were sold to Romania. The tank continues to serve another year in Slovakia and Romania. Some are then transformed by Germany into ammunition transporters or tractors.

Wait, Searching Wydawnictwo Militaria 007 for you...