The Saab 17 was a Swedish bomber-reconnaissance aircraft. The project was initiated in response to a request in 1938 from the Swedish air force for a reconnaissance aircraft that could replace the Fokker S 6. Design work began at the end of the 1930s as the L 10 by ASJA, but after the merger with Saab in 1939 it was renamed Saab 17. The wings were reinforced to make it possible for use as a dive bomber. Since there was a shortage of engines the aircraft were flown to their destination, where the engines were removed and returned for use by the next delivery. The aircraft was also made in three versions with different engines.

Source: SAAB B17 on Wikipedia 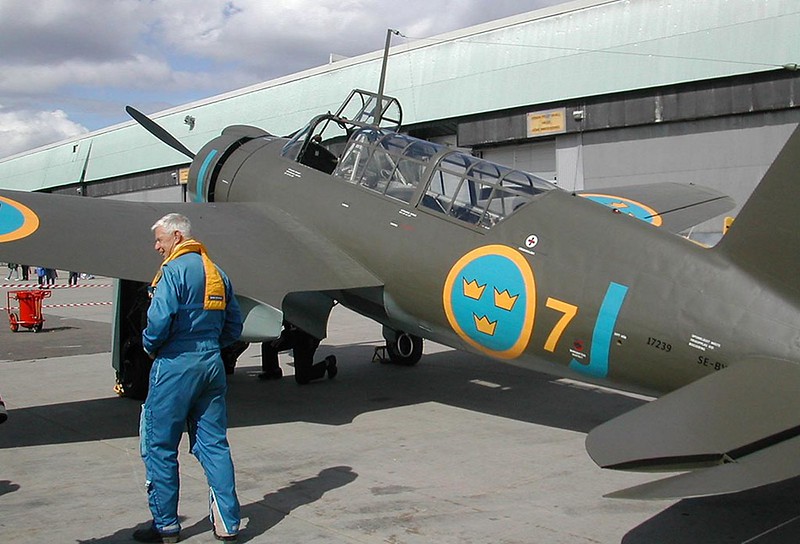 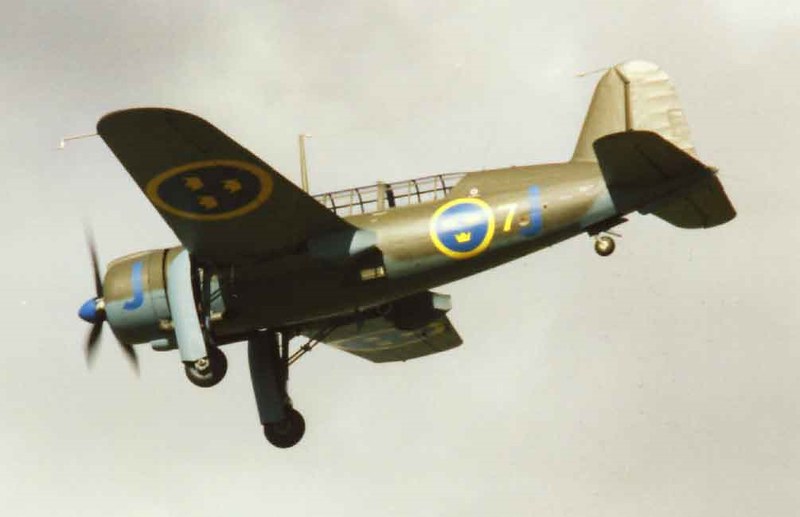 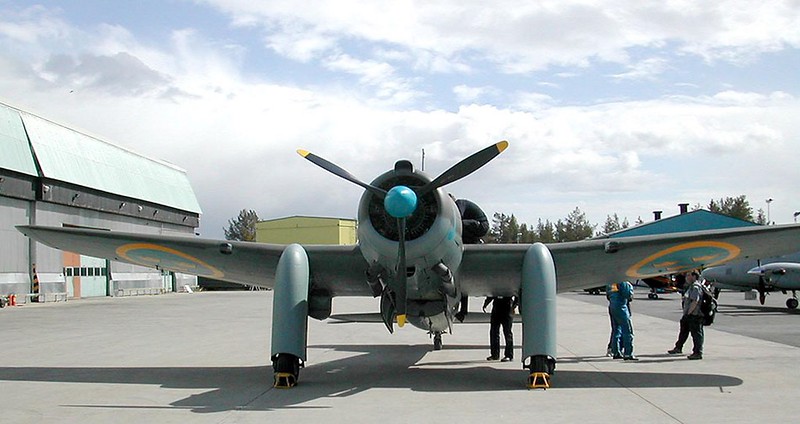 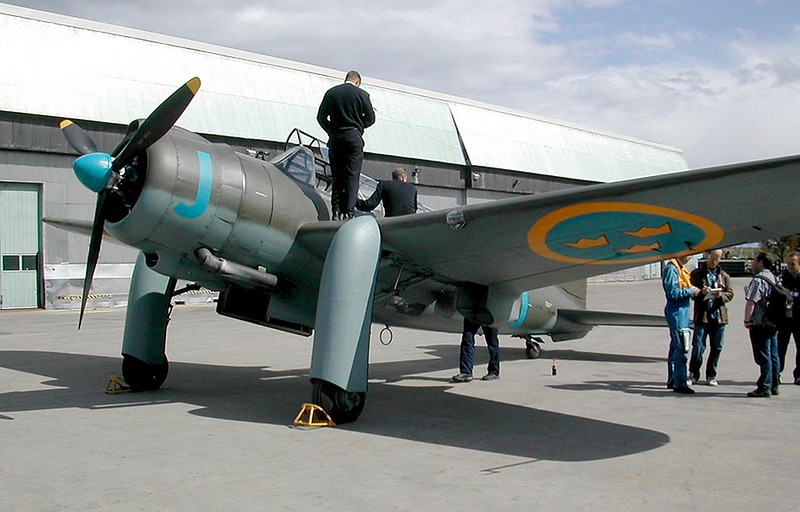 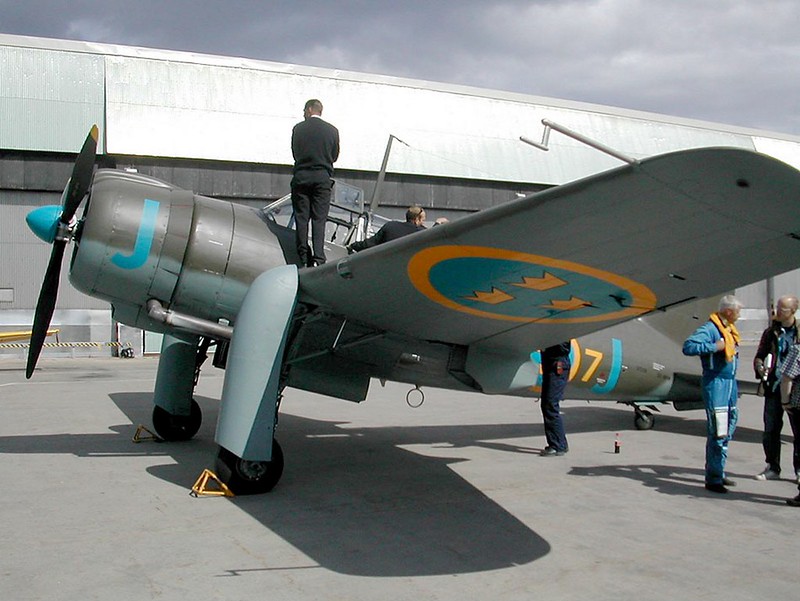 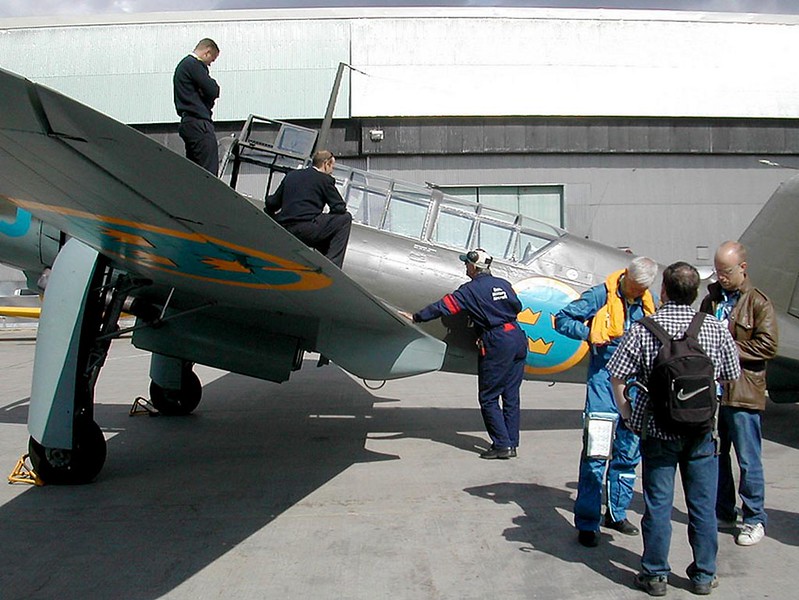 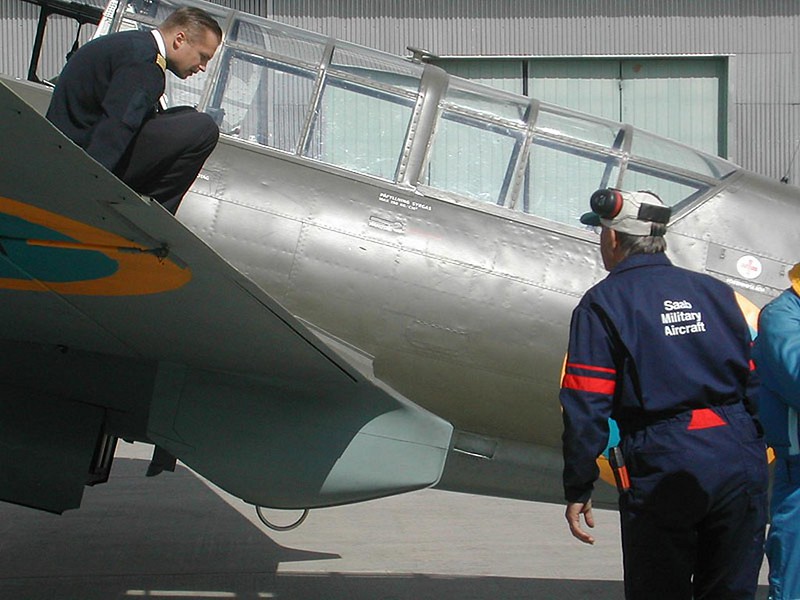 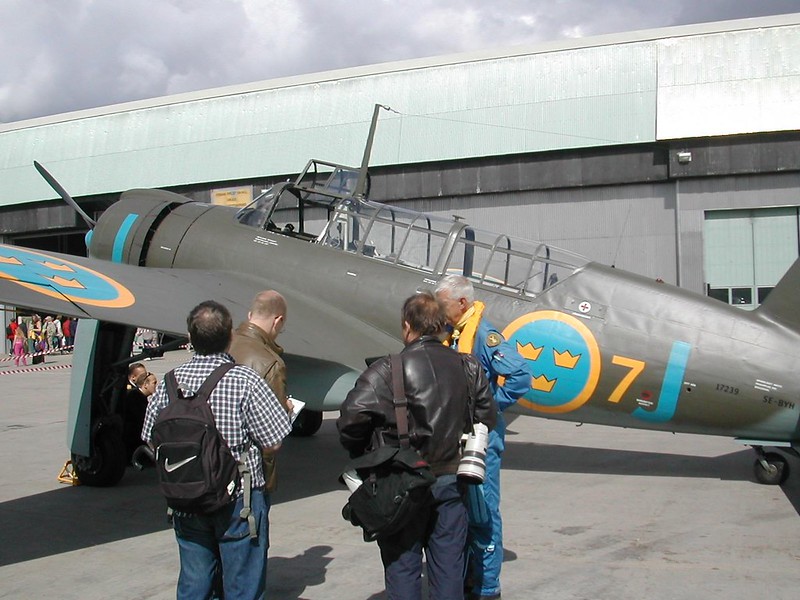 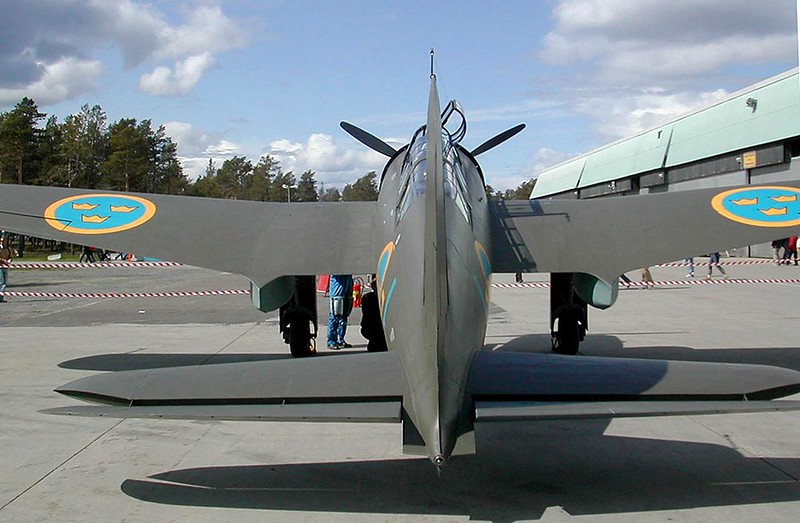