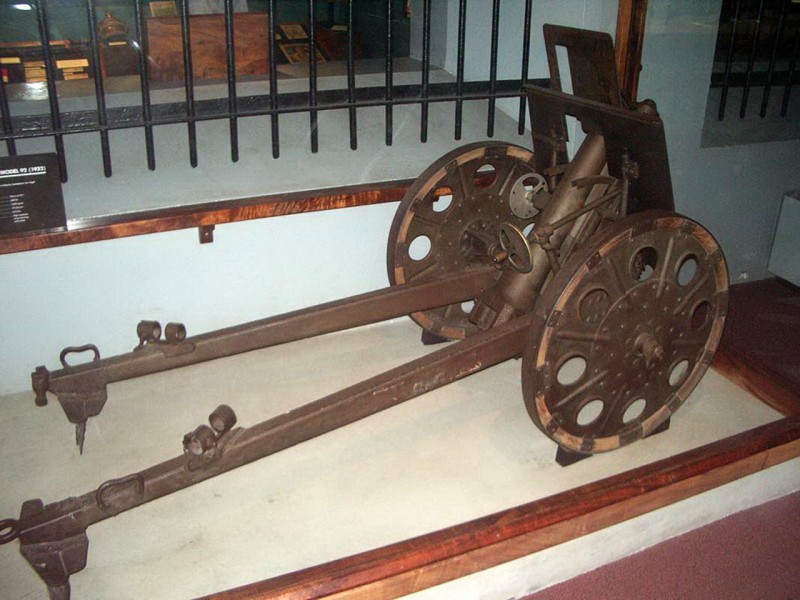 The Type 92 Battalion Gun was a light howitzer used by the Imperial Japanese Army during the Second Sino-Japanese War and World War II. The Type 92 number was designated for the year the gun was accepted, 2592 in the Japanese imperial year calendar, or 1932 in the Gregorian calendar. Each infantry battalion included two Type 92 guns; therefore, the Type 92 was referred to as “‘Battalion Artillery'”.

Search on eBay
Search for what you need, We suggest this but it is you who decide
...
Wait, Searching 70mm Type 92 Howitzer photos for you…