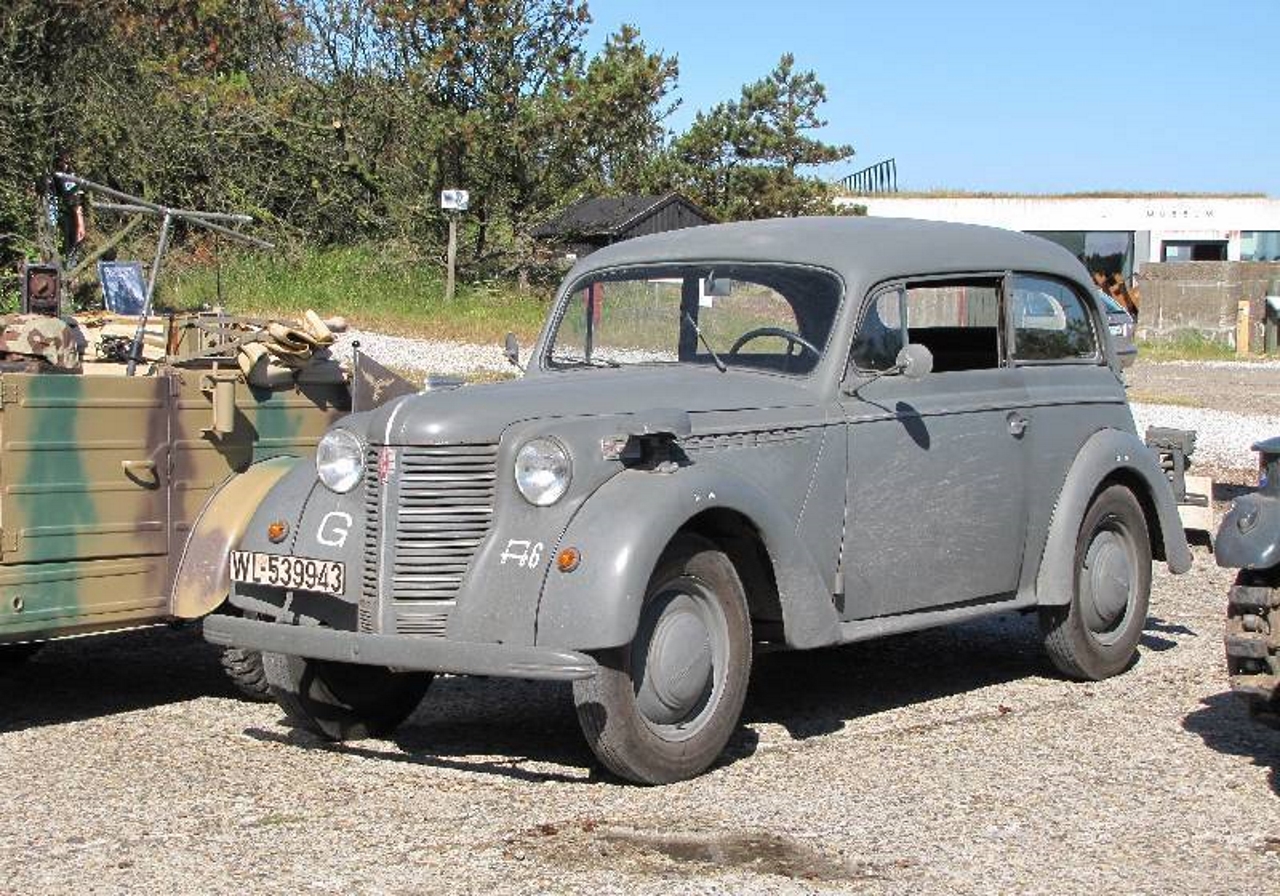 A Opel Olympia is a compact car produced by the German automaker Opel from 1935 to 1940, from 1947 to 1953 and again from 1967 to 1970. The 1935 Olympia was Germany’s first mass-produced car with an all-steel unitized body (monocoque). This revolutionary technology reduced the weight of the car by 180 kilograms (400 lb.) compared to its predecessor. Production of the unibody design required new production methods and materials. Spot welding, advanced types of steel, and a new production line layout were among the many advances introduced by the Olympia.