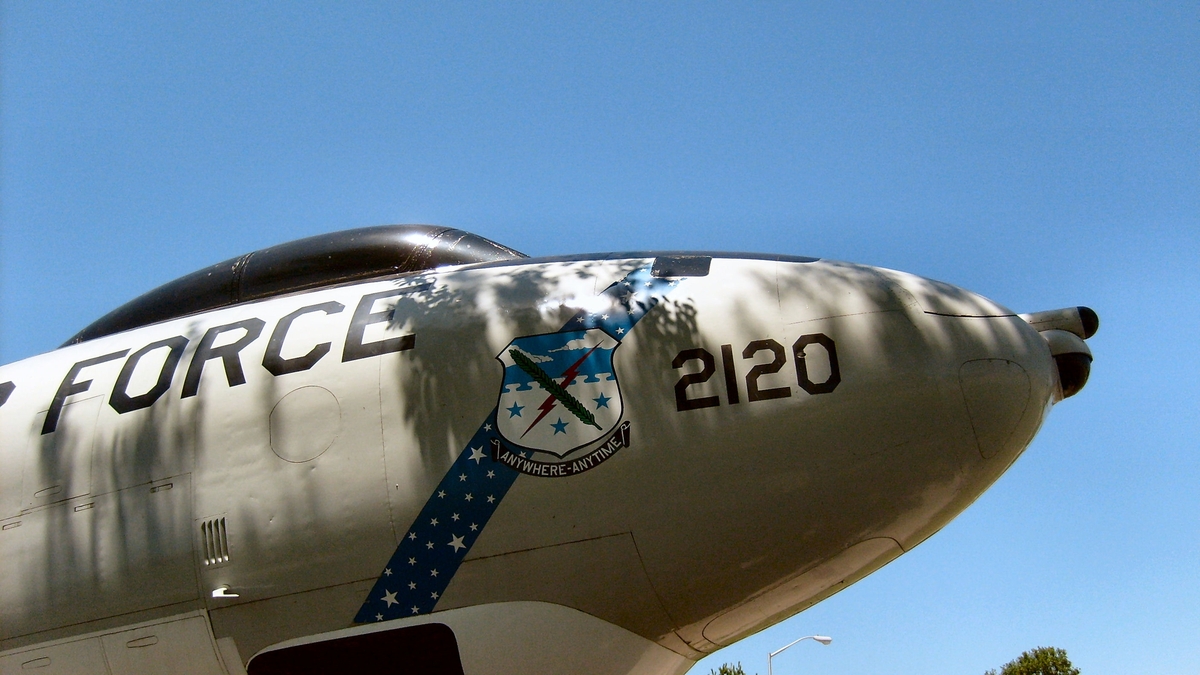 Den Boeing Model 450 B-47 Stratojet was a long-range, six-engined, jet-powered medium bomber built to fly at high subsonic speeds and at high altitudes. It was primarily designed to drop nuclear bombs on the Soviet Union. With its engines carried in pods under the swept wing, the B-47 was a major innovation in post-World War II combat jet design, and helped lead to modern jet airliners.