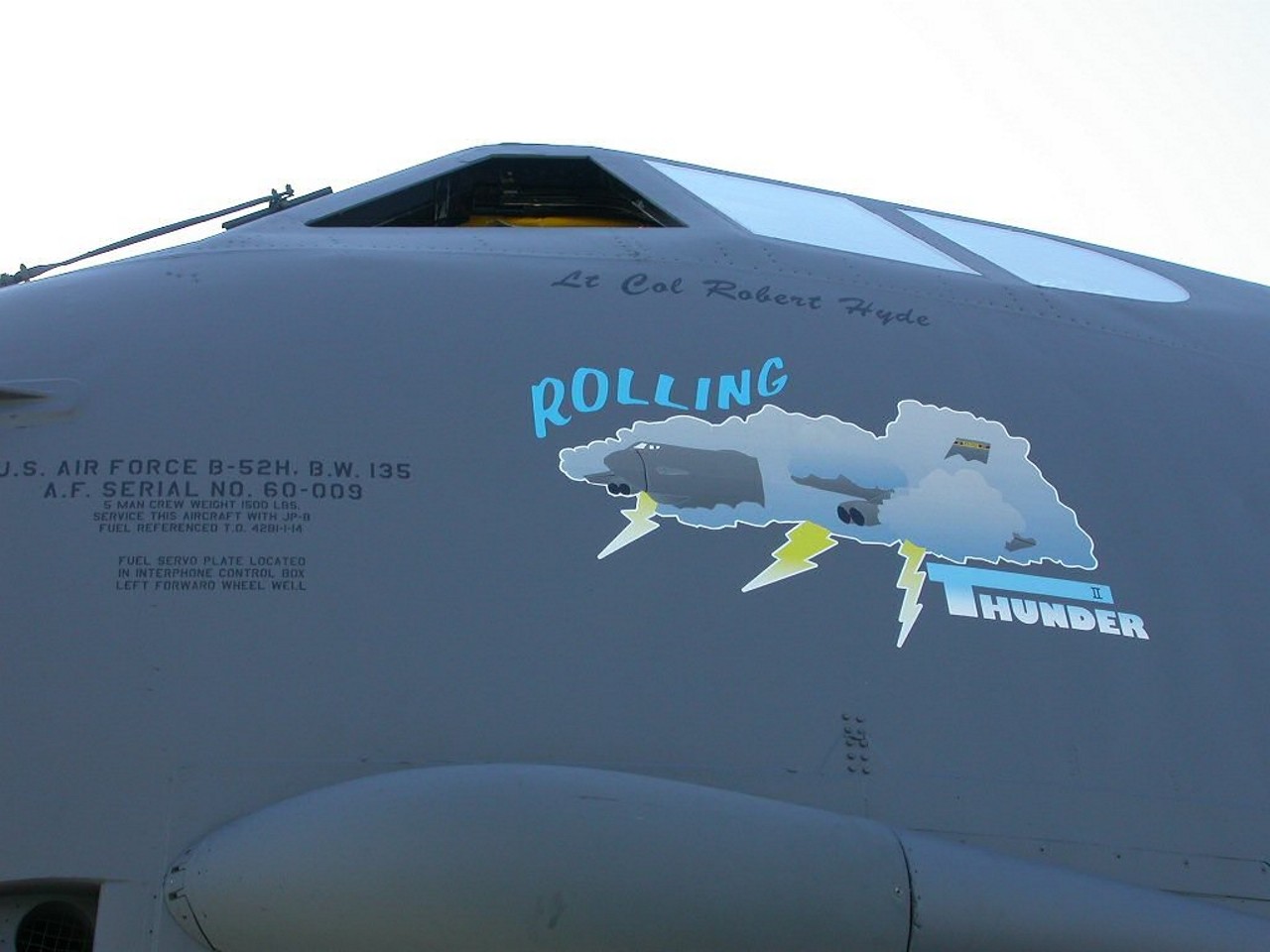 这 波音B-52斯特拉托堡垒 是一种远程、亚音速、喷气式战略轰炸机。B-52由波音公司设计和制造，波音公司继续提供支持和升级。自20世纪50年代以来，它一直由美国空军（USAF）运营。轰炸机携带多达70，000磅（32，000公斤）的武器。 B-52B/RB-52B : The B-52B was the first version to enter service with the USAF on 29 June 1955 with the 93rd Bombardment Wing at Castle AFB in California. This version included minor changes to engines and avionics, enabling an extra 12,000 pounds of thrust to be produced using water injection. Temporary grounding of the aircraft after a crash in February 1956 and again the following July caused training delays, and at mid-year there were still no combat-ready B-52 crews. Of the 50 B-52Bs built, 27 were capable of carrying a reconnaissance pod as RB-52Bs (the crew was increased to eight in these aircraft). The 300 pound (136 kg) pod contained radio receivers, a combination of K-36, K-38, and T-11 cameras, and two operators on downward-firing ejection seats. The pod required only four hours to install.