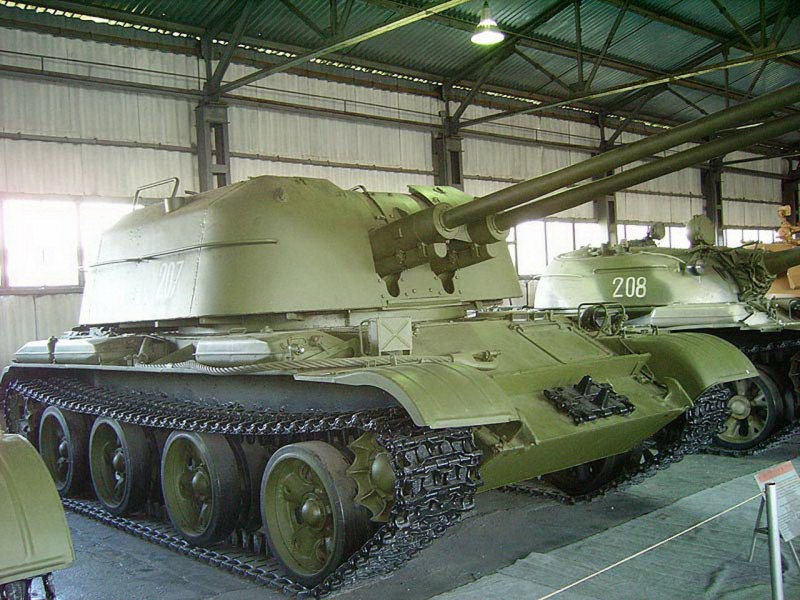 The ZSU-57-2 (Ob’yekt 500) is a Soviet self-propelled anti-aircraft gun (SPAAG), armed with two 57 mm autocannons. ‘ZSU’ stands for Zenitnaya Samokhodnaya Ustanovka, meaning “anti-aircraft self-propelled mount”, ’57’ stands for the bore of the armament in millimetres and ‘2’ stands for the number of gun barrels. Origins: During World War II, ground-attack aircraft emerged as a significant threat to mechanized units on the move. Conventional towed anti-aircraft (AA) artillery was an inadequate response under such conditions due to the time needed for bringing anti-aircraft machine guns into action. This experience made it clear that an anti-aircraft tracked vehicle, armed with small-bore autocannons or heavy machine guns, was needed. Vehicles such as the German Wirbelwind had been used to good effect in the final battles of World War II.