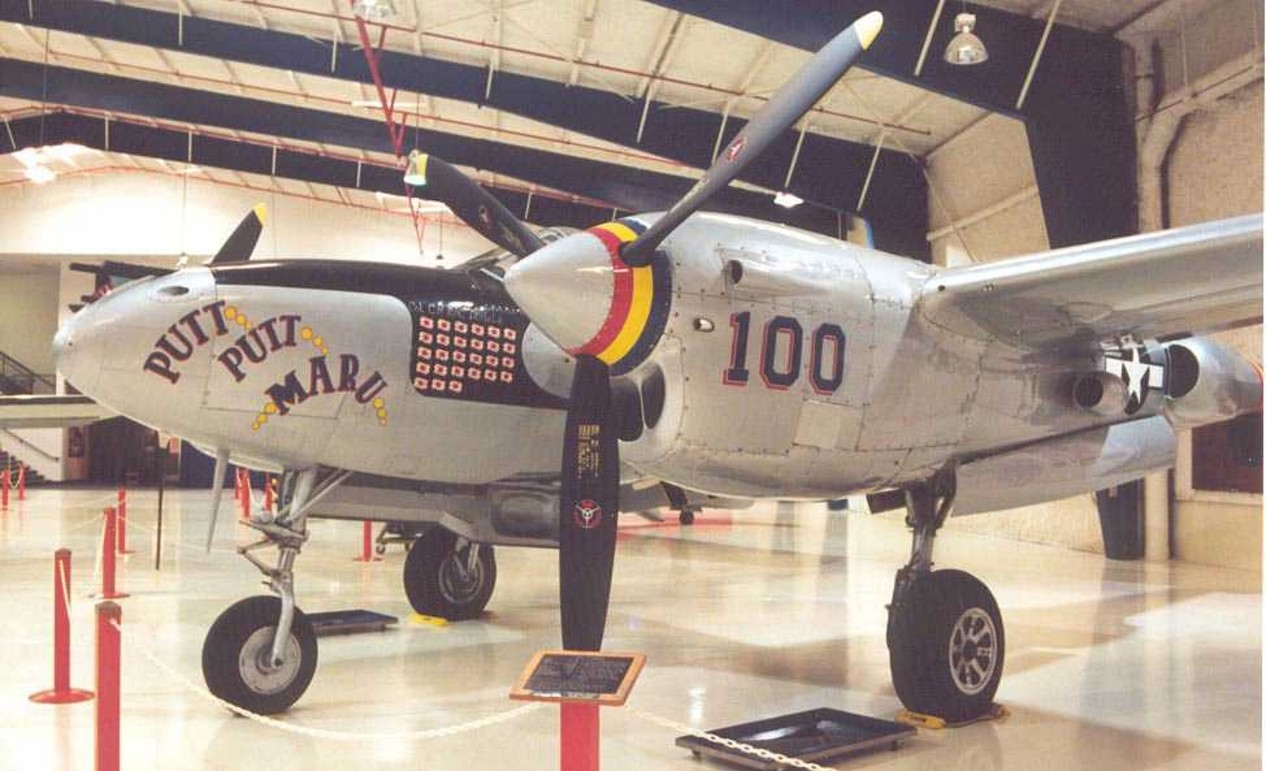 The Lockheed P-38 Lightning is a World War II-era American piston-engined fighter aircraft. Developed to a United States Army Air Corps requirement, the P-38 had distinctive twin booms and a central nacelle containing the cockpit and armament. Allied propaganda claimed it had been nicknamed the fork-tailed devil (German: der Gabelschwanz-Teufel) by the Luftwaffe and “two planes, one pilot” (2飛行機、1パイロット Ni hikōki, ippairotto) by the Japanese. The P-38 was used for interception, dive bombing, level bombing, ground attack, night fighting, photo reconnaissance, radar and visual pathfinding for bombers and evacuation missions, and extensively as a long-range escort fighter when equipped with drop tanks under its wings. 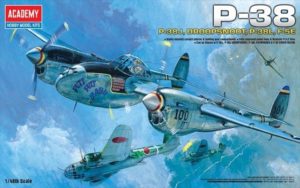