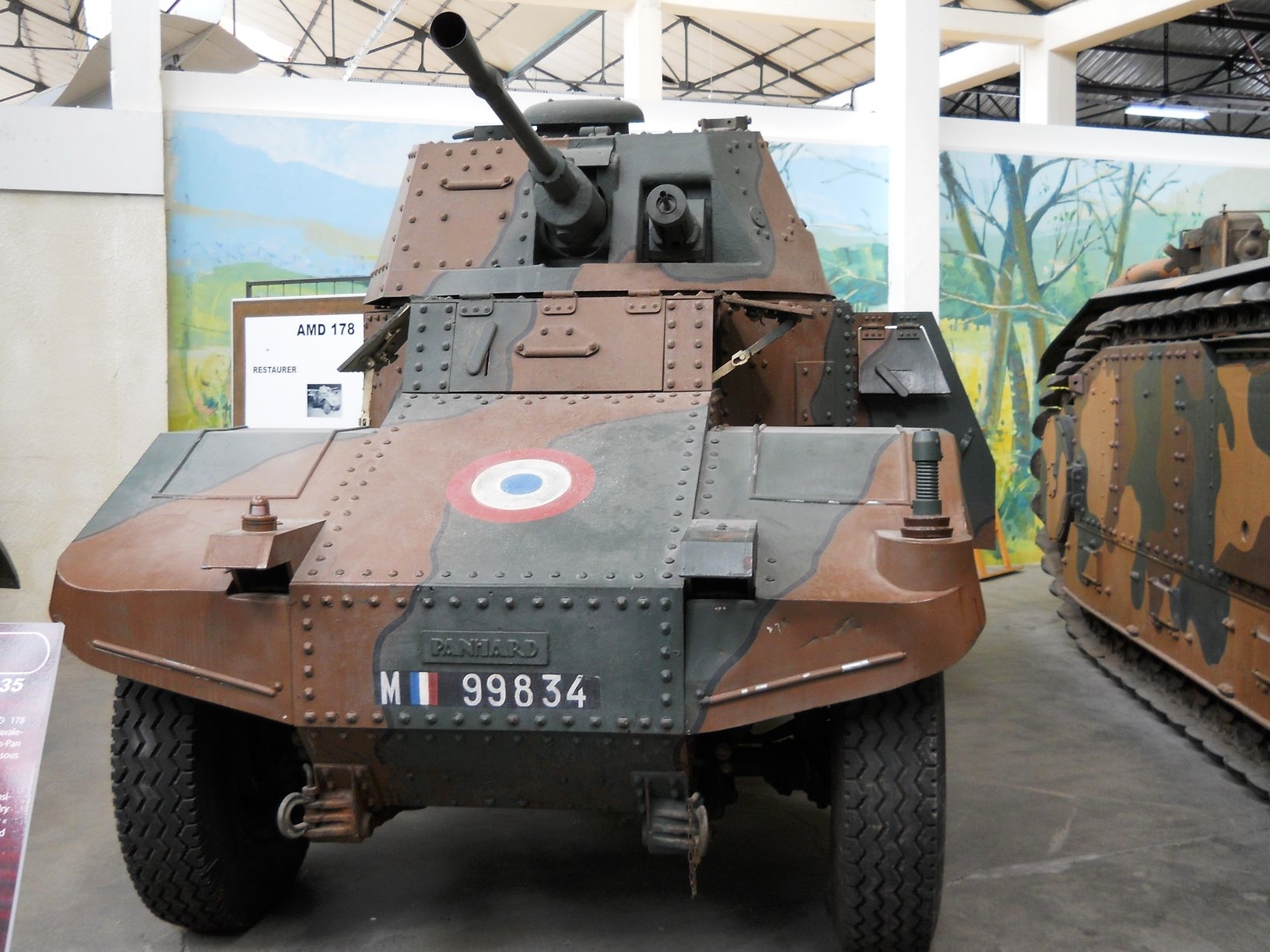 The Panhard 178 (officially designated as Automitrailleuse de Découverte Panhard modèle 1935, 178 being the internal project number at Panhard) or “Pan-Pan” was an advanced French reconnaissance 4×4 armoured car that was designed for the French Army Cavalry units before World War II. It had a crew of four and was equipped with an effective 25 mm main armament and a 7.5 mm coaxial machine gun. A number of these vehicles were in 1940 taken over by the Germans after the Fall of France and employed as the Panzerspähwagen P204 (f) for some months after the armistice of June production continued for the benefit of Germany. After the war a derived version, the Panhard 178B, was again taken into production by France.

Wait, Searching Panhard AMD 178 for you…