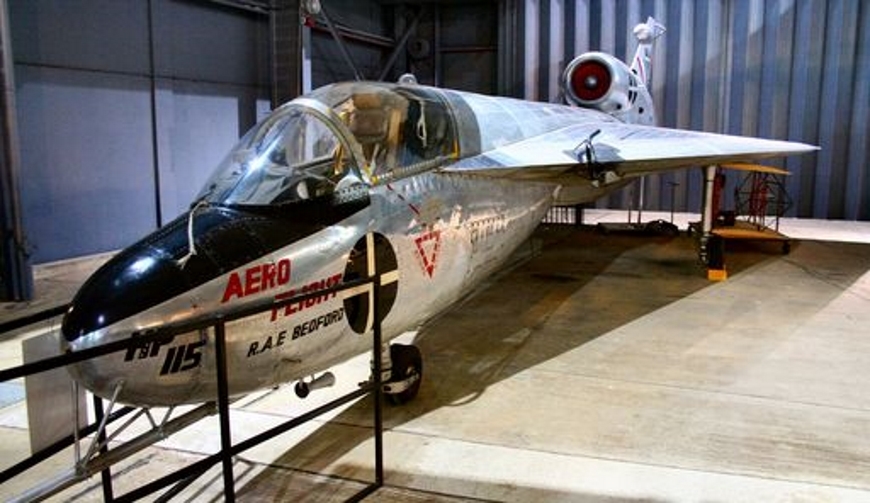 De Hantige pagina HP.115 was a British delta wing research aircraft built by Handley Page to test the low-speed handling characteristics to be expected from a supersonic airliner of slender delta configuration. It formed part of the British supersonic aircraft research programme, carried out in the 1960s and sponsored by the Ministry of Supply, that eventually produced the Concorde.