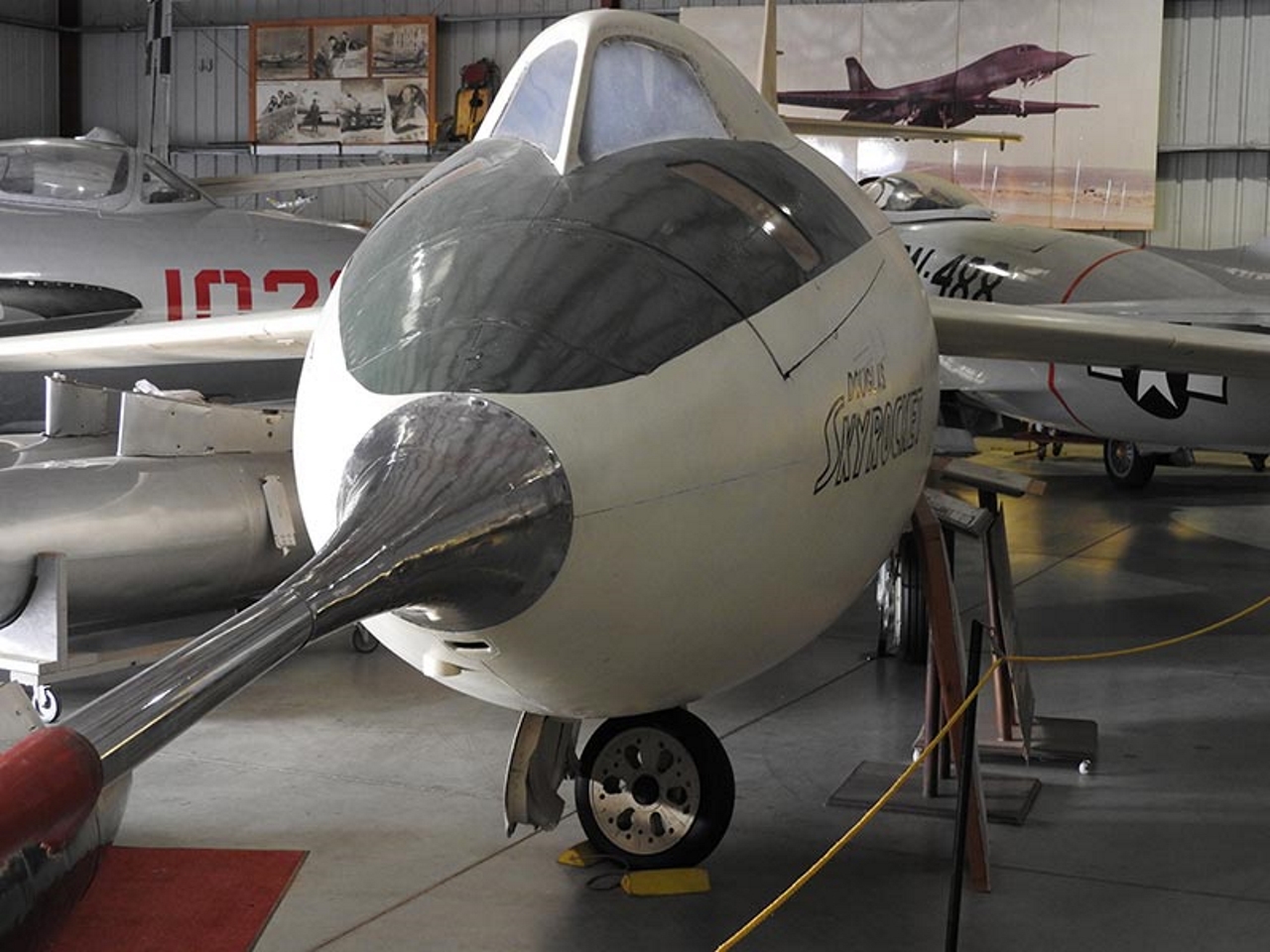 2007 Douglas D-558-2 Skyrocket (or D-558-II) was a rocket and jet-powered supersonic research aircraft built by the Douglas Aircraft Company for the United States Navy. On 20 November 1953, shortly before the 50th anniversary of powered flight, Scott Crossfield piloted the Skyrocket to Mach 2, or more than 1,290 mph (2076 km/h), the first time an aircraft had exceeded twice the speed of sound. 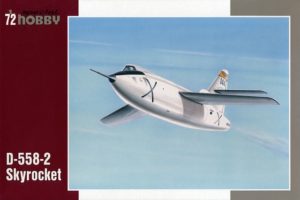