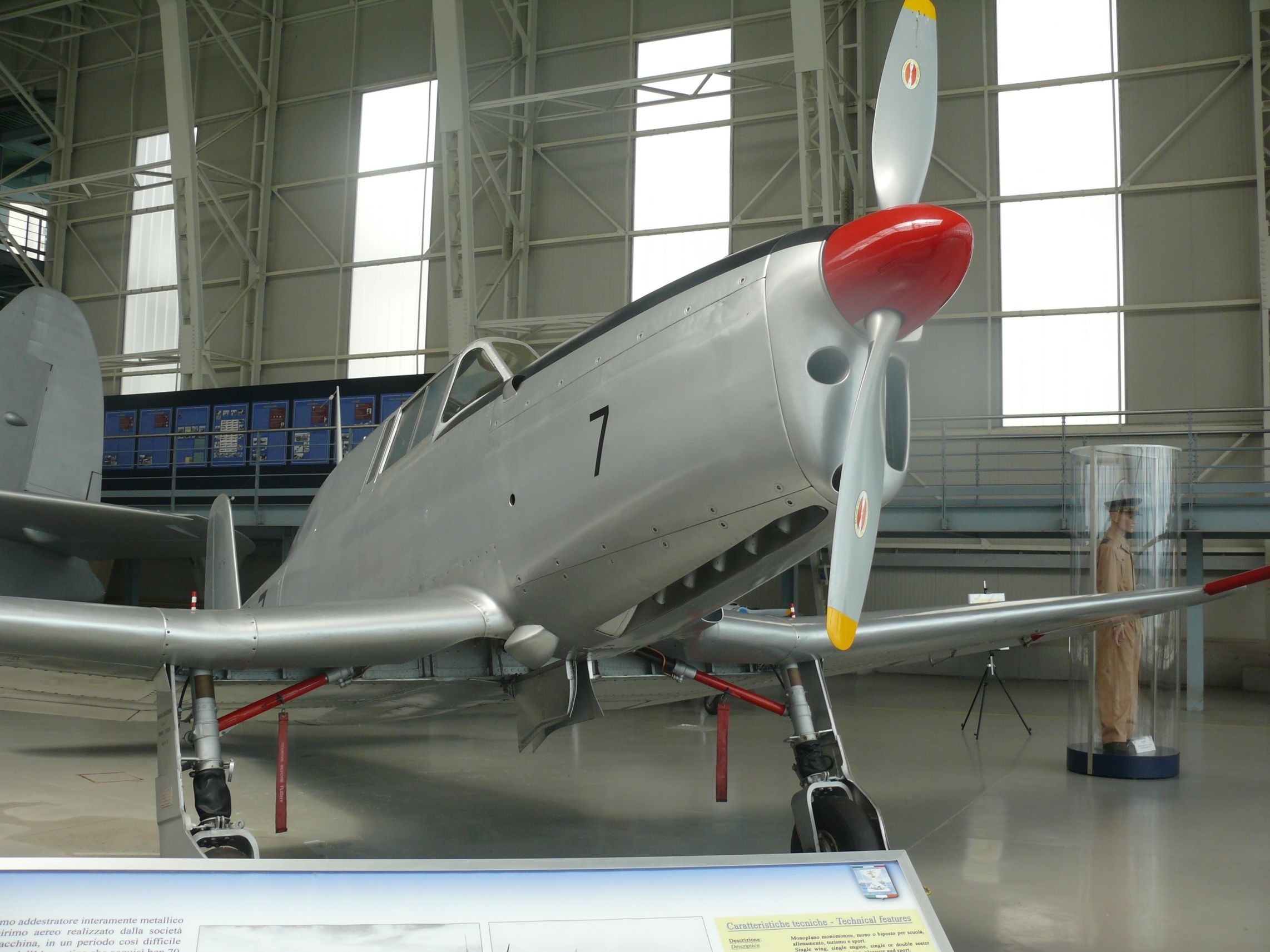 el Fiat G.46 was a military trainer developed in Italy shortly after World War II. The G.46 was a conventional, low-wing monoplane with tailwheel undercarriage, the main units of which retracted inwards. The pilot and instructor sat in tandem under a long canopy. The first prototype, powered by a 205 hp (153 kW) Alfa Romeo 115-Ibis engine, made its maiden flight on 25 June 1947.