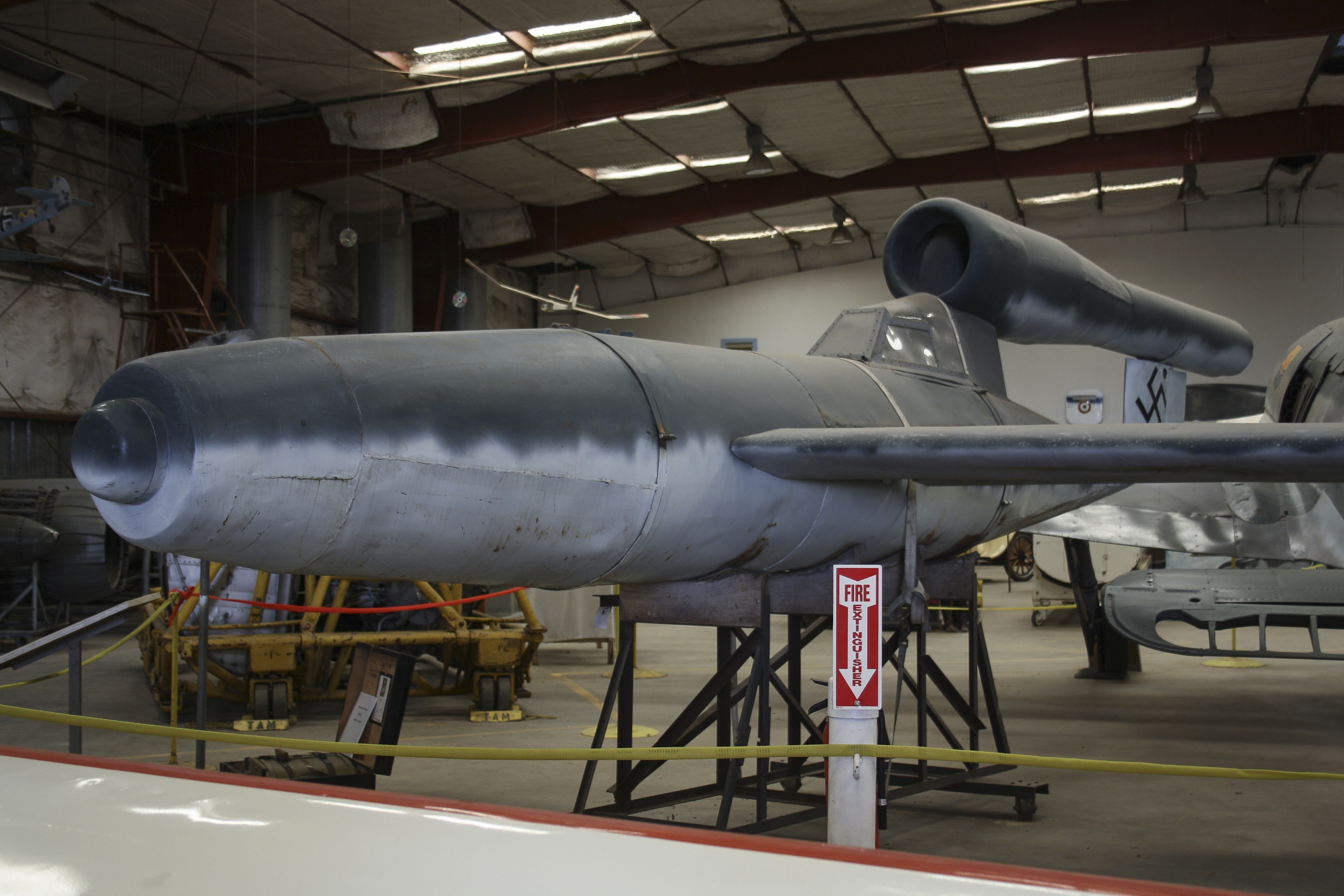 У 201 V-1 flying bomb (German: Vergeltungswaffe 1 “Vengeance Weapon 1)—also known to the Allies as the buzz bomb, or doodlebug, and in Germany as Kirschkern (cherry stone) or Maikäfer (maybug), as well as by its official RLM aircraft designation of Fi 103 was an early cruise missile and the only production aircraft to use a pulsejet for power.