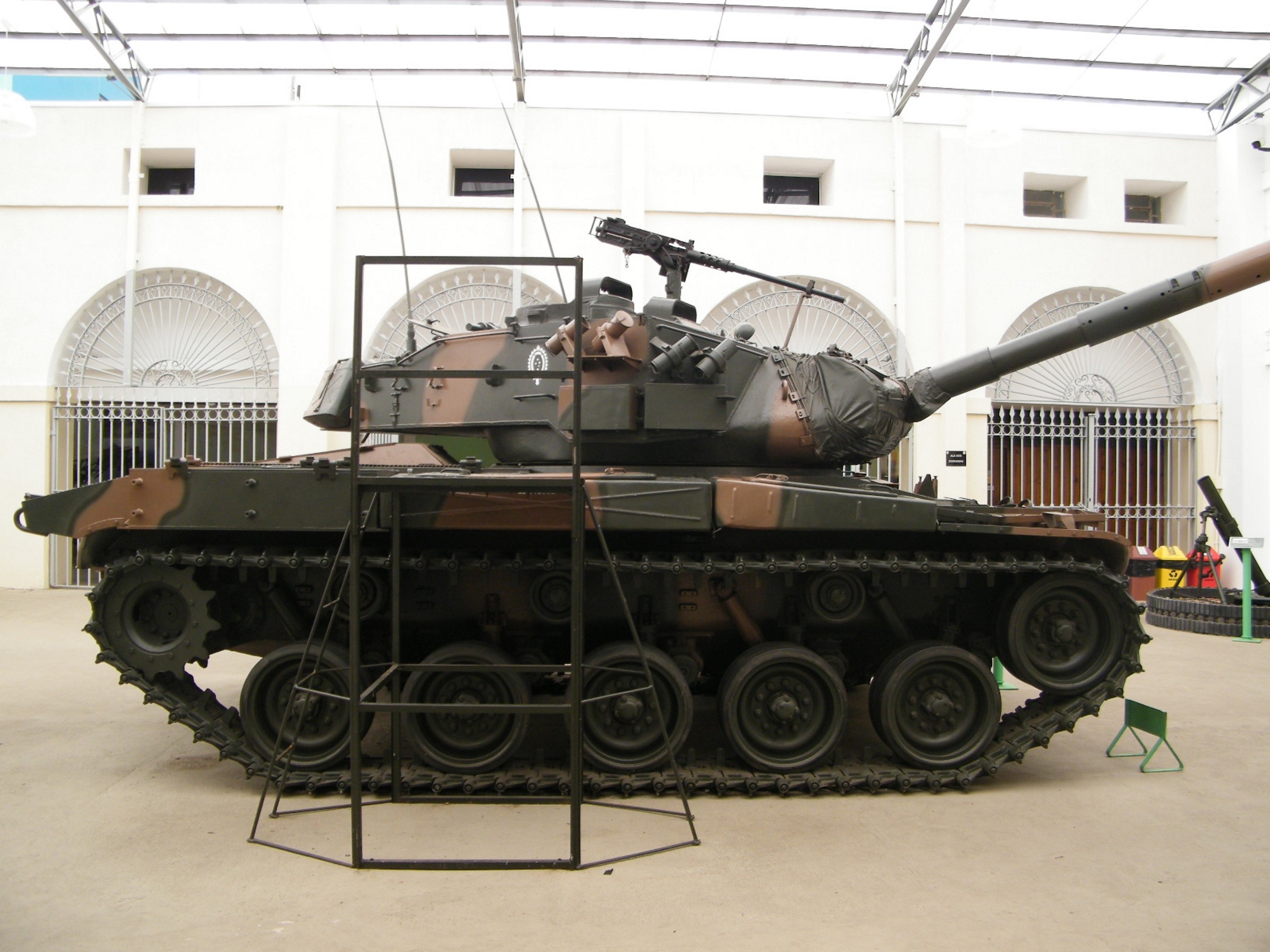 Photo gallery of a M41B Walker Bulldog, The M41 Walker Bulldog was an American light tank developed to replace the M24 Chaffee. It was named for General Walton Walker who died in a jeep accident in Korea. On 7 November 1950, the US Ordnance Committee Minutes (OCM) issued item #33476, redesignating the heavy, medium, and light tank, according to the main armament; the 120mm and 105mm caliber (heavy, larger-than-100mm) Gun Tanks, 90mm (medium) Gun Tanks, and the 76mm (light) Gun Tanks.