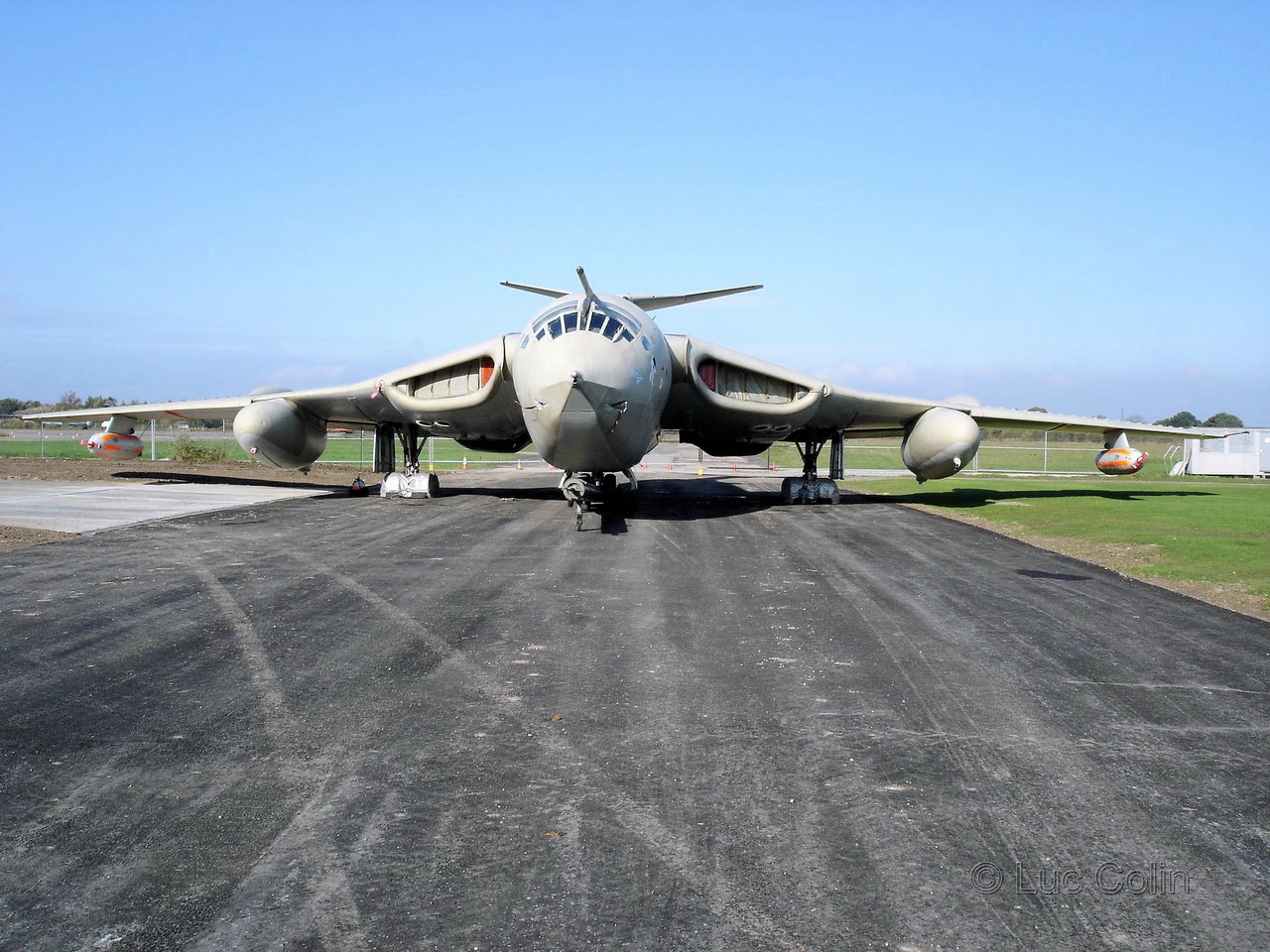 Lla Handley Page Victor was a British jet-powered strategic bomber, developed and produced by the Handley Page Aircraft Company, which served during the Cold War. It was the third and final of the V-bombers operated by the Royal Air Force (RAF), the other two V-bombers being the Avro Vulcan and the Vickers Valiant. The Victor had been developed to perform as part of the United Kingdom’s airborne nuclear deterrent. In 1968, the type was retired from the nuclear mission following the discovery of fatigue cracks, which had been exacerbated by the RAF’s adoption of a low-altitude flight profile to avoid interception.

Plus de photos
Wait, Searching Handley Page Victor for you…