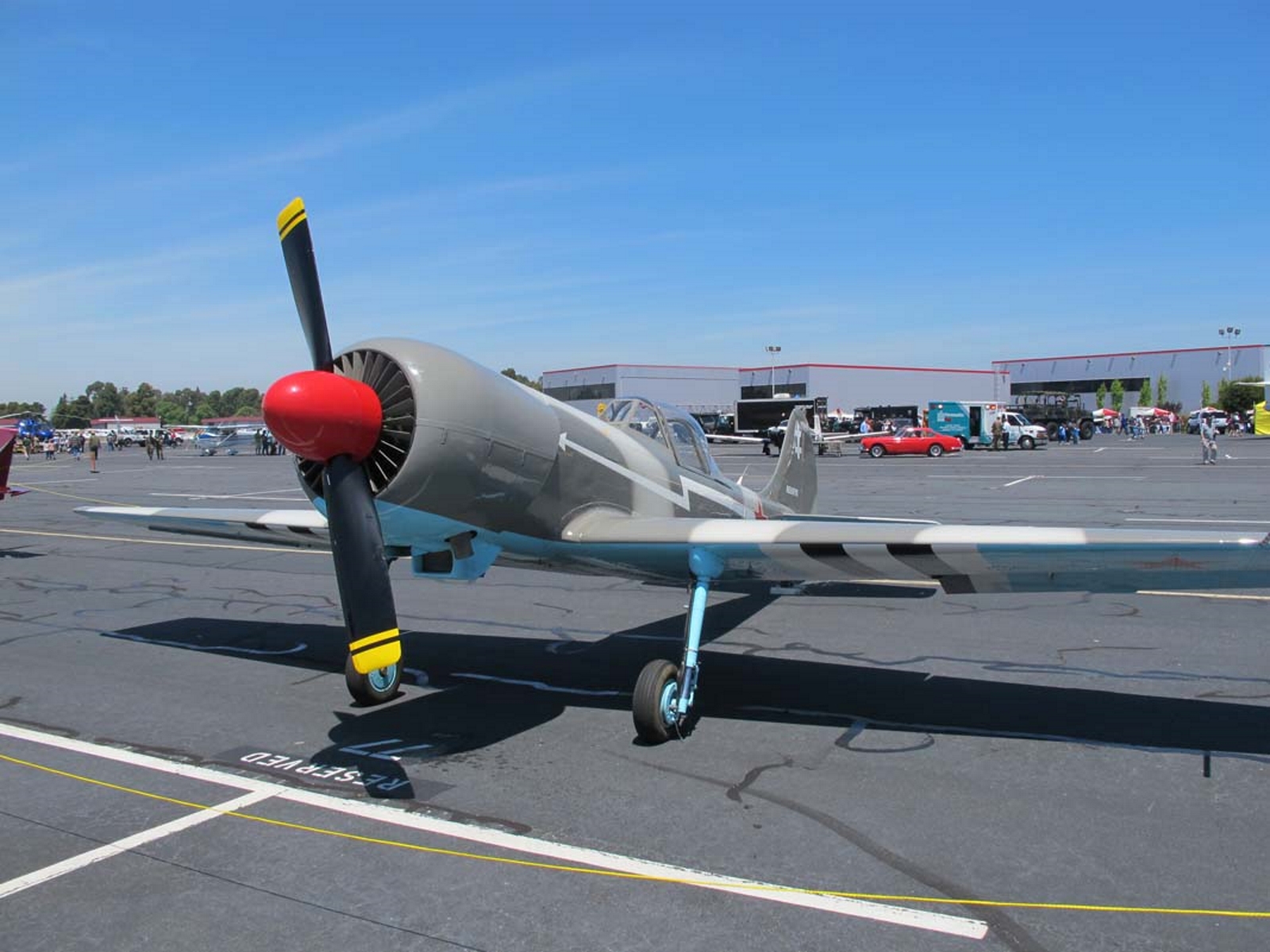 Sen Jakovlev Jak-50 (Russian: Яковлев Як-50) aerobatic aircraft is a single-seat all-metal low-wing monoplane with retractable main wheels and exposed tail wheel. The control surfaces are fabric-covered to save weight. The aircraft is not equipped with flaps. The supercharged engine may be the Vedeneyev M14P (standard production line version), M14PF or M14R, producing between 360 and 450 hp and driving the propeller via a reduction gearbox. The landing gear, brakes and engine starter are operated by compressed air. Replenished by an engine-driven compressor, the main and emergency air bottles are contained within the forward fuselage between the firewall and fuel tanks. 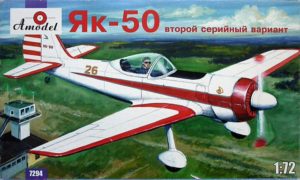