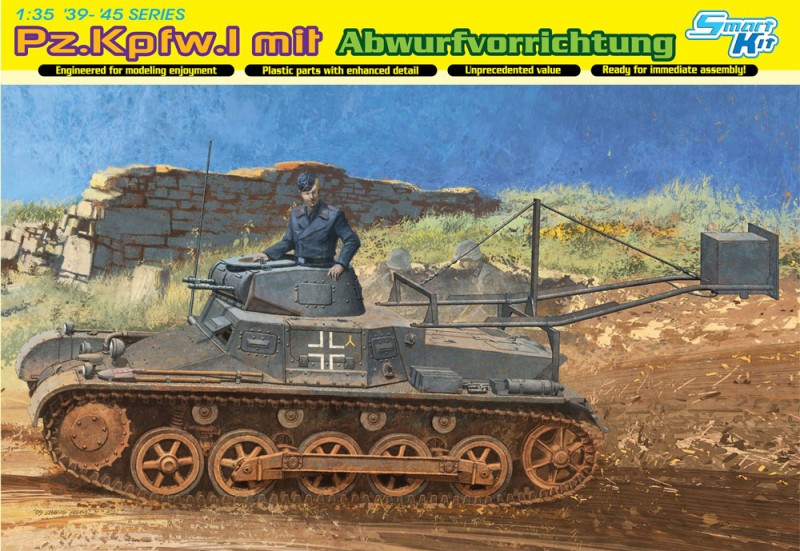 A model of the brand Dragon Models the kit : Pz.Kpfw.I mit Abwurfvorrichtung – DML 6480