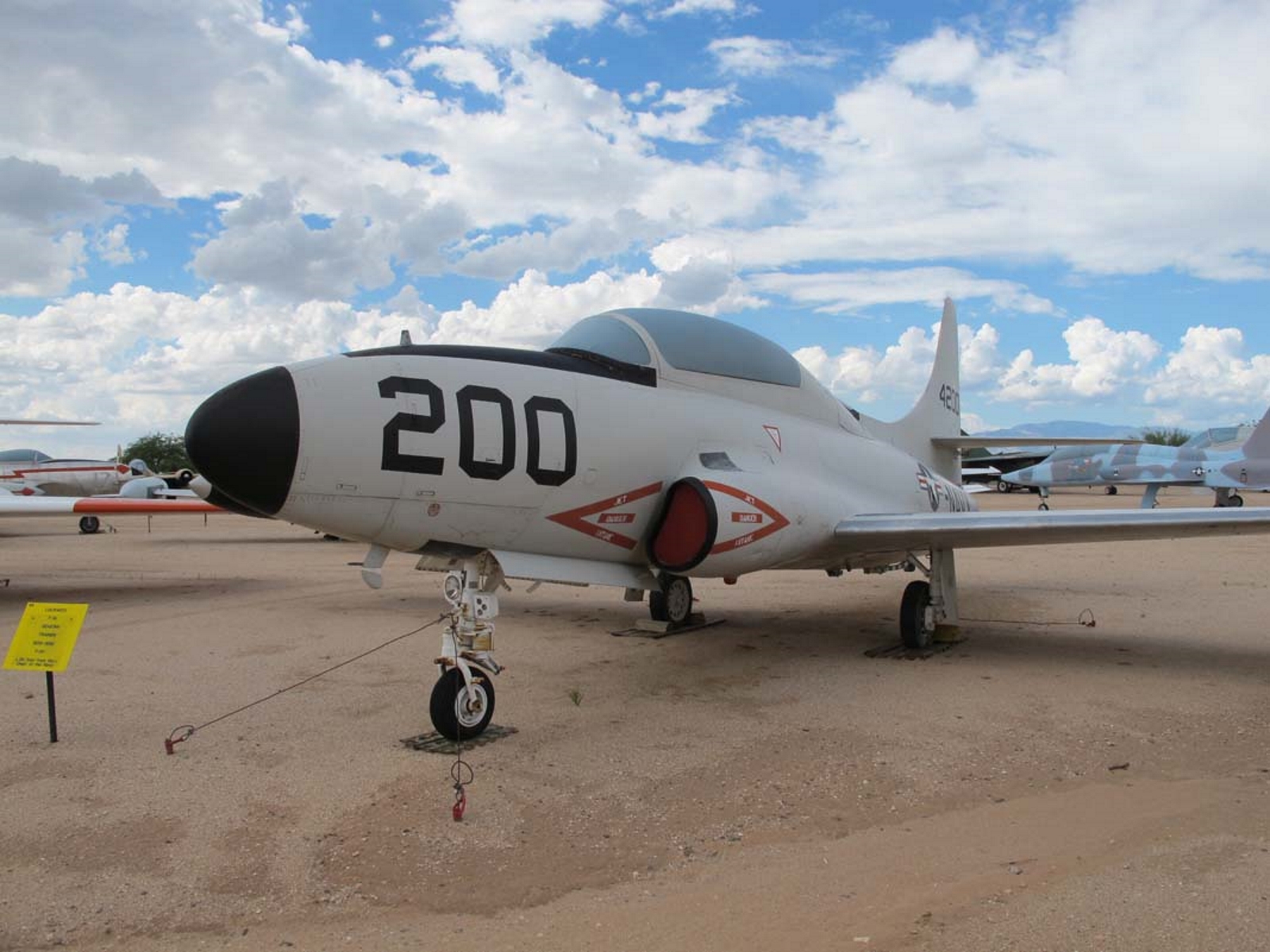 Fotogalleri af en Lockheed T-1A, The Lockheed T2V SeaStar, later called the T-1 SeaStar, was a turbojet trainer aircraft for the U.S. Navy that entered service in May 1957. It was developed from the Lockheed T-33 and powered by one Allison J33 engine.