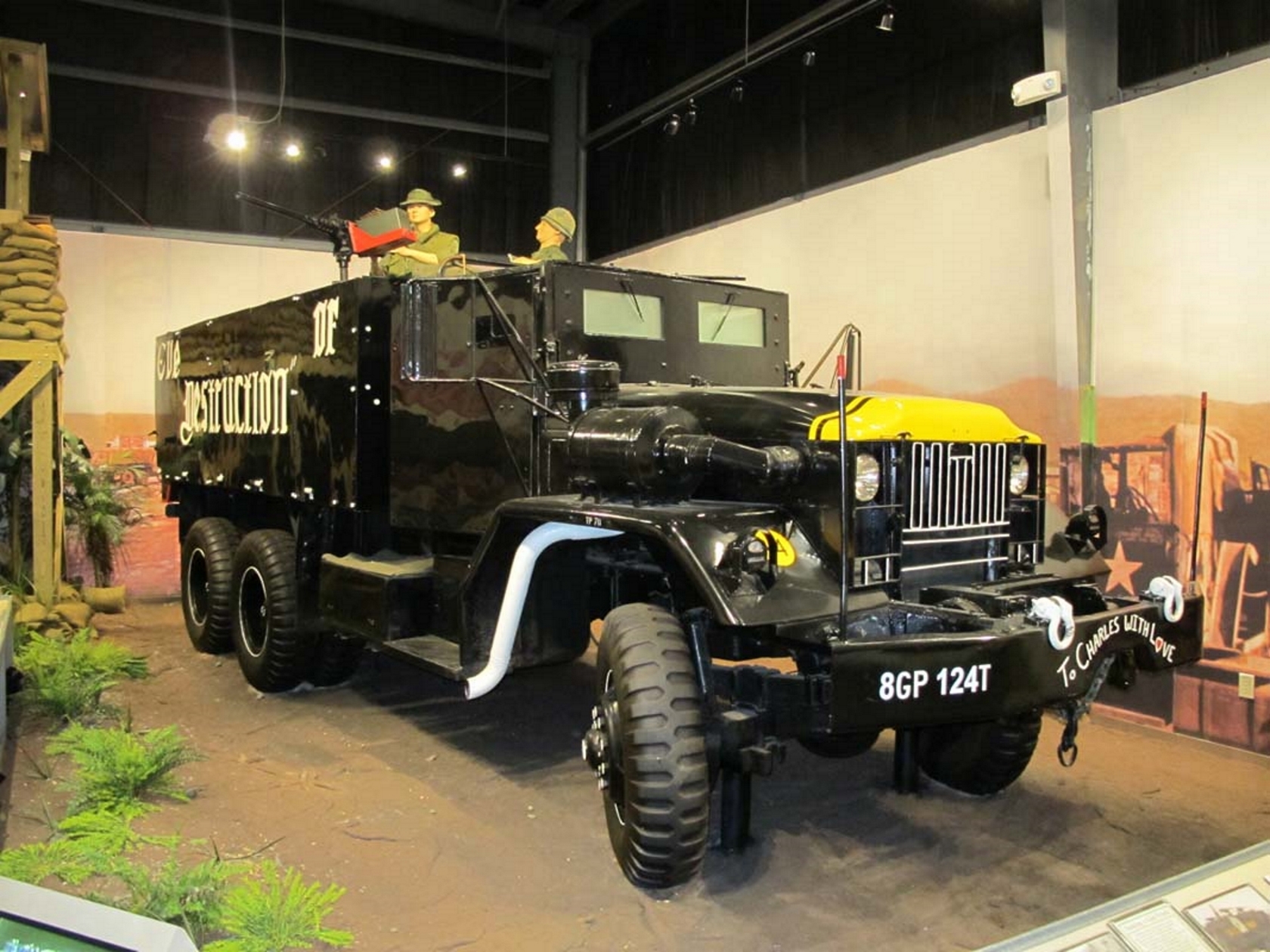 Fotogalleri av en M54 Guntruck, A gun truck is an armored vehicle with a crew-served weapon used by units of regular armies or other official government armed forces to escort military convoys in regions subject to ambush by guerrilla forces. One truck, an M54 named by its crew “Eve of Destruction” was brought back intact and is on display at the Army Transportation Museum at Fort Eustis, Virginia.