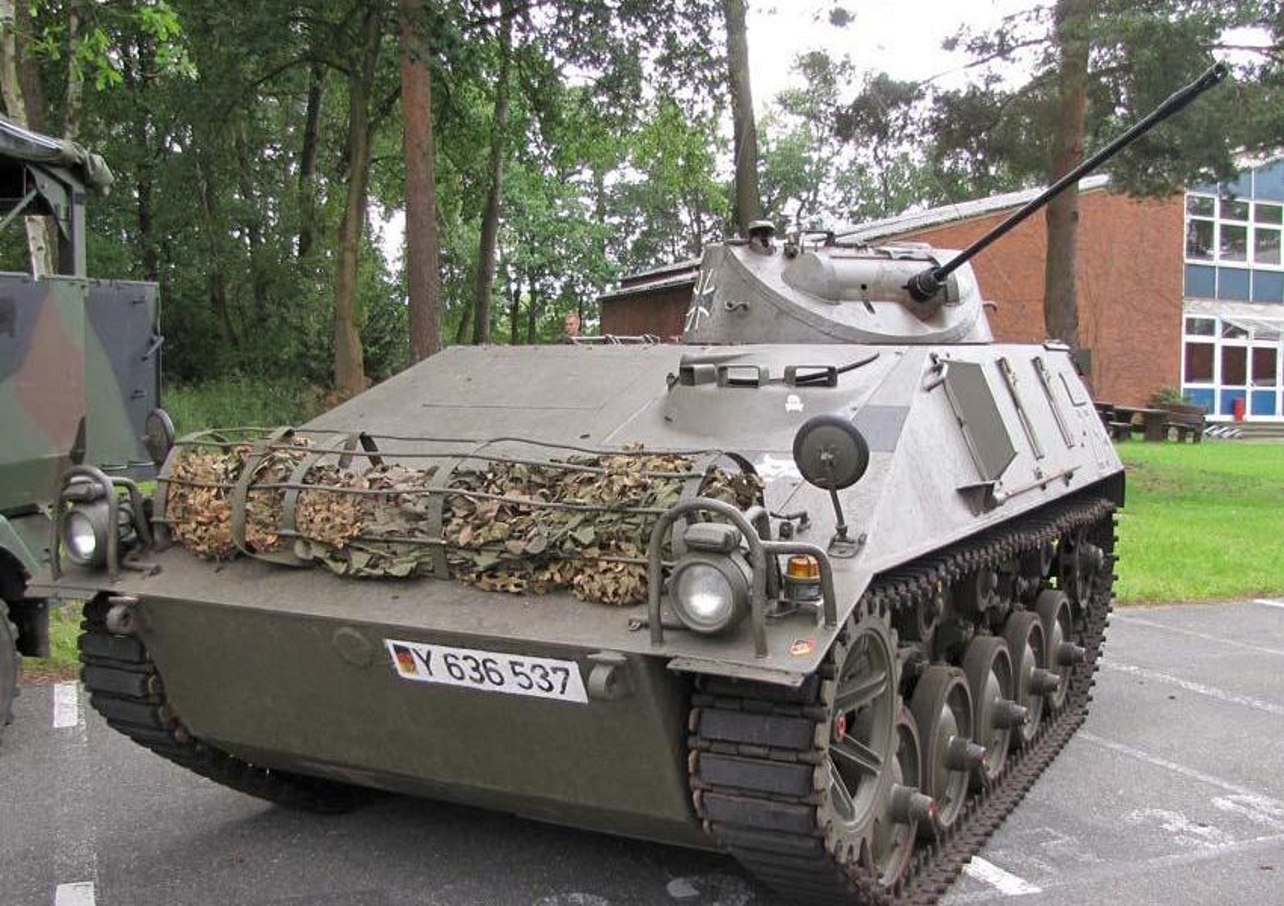 Photo gallery of a SPz kurz KrKW Hotchkiss, The SPz kurz KrKW (Hotchkiss) belonged to the initial supply the Bundeswehr with armored vehicles. The tank was based on the armored TT 6 French company Hotchkiss, the landing gear but was extended for a further five castors. From 1959 to 1967 1,600 cars were built under license at Magirus-Deutz in Mainz. The most famous version was the Spähpanzer, which was used to light reconnaissance troop in two vehicles.