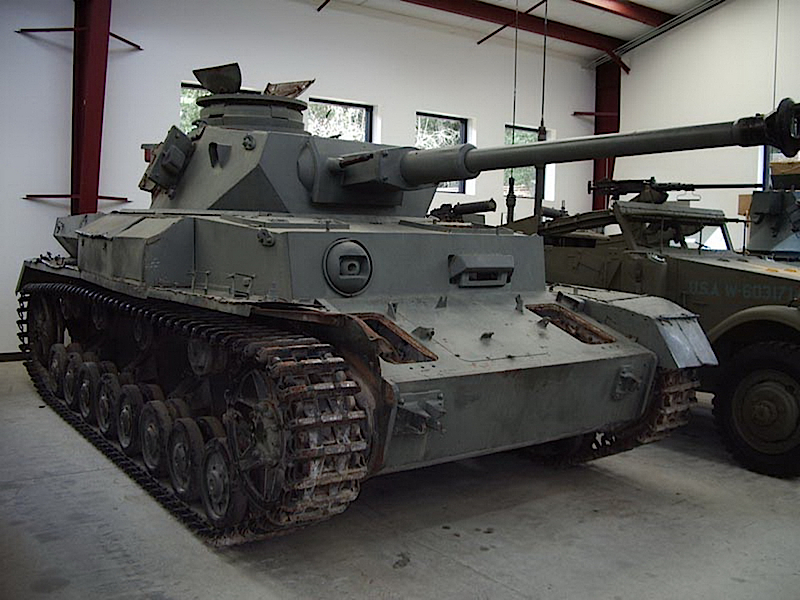 Photo gallery on a Panzer IV Ausf.H, The "SdKfz 161 Panzerkampfwagen IV" (PzKpfW IV) or "Panzer IV", was a middle-class tank, used by the German army throughout the Second World War, despite the fact that it was an outdated device as early as 1942 with the appearance of the "Tiger I". Originally designed as a fire support tank with a short 7.5-cm KwK 37 L/24 gun, it was rearmed in March 1942 with a 7.5-cm KwK 40 L/43 long anti-tank gun. More than 9,000 copies of the Panzer IV were produced, with its chassis giving rise to many variants.