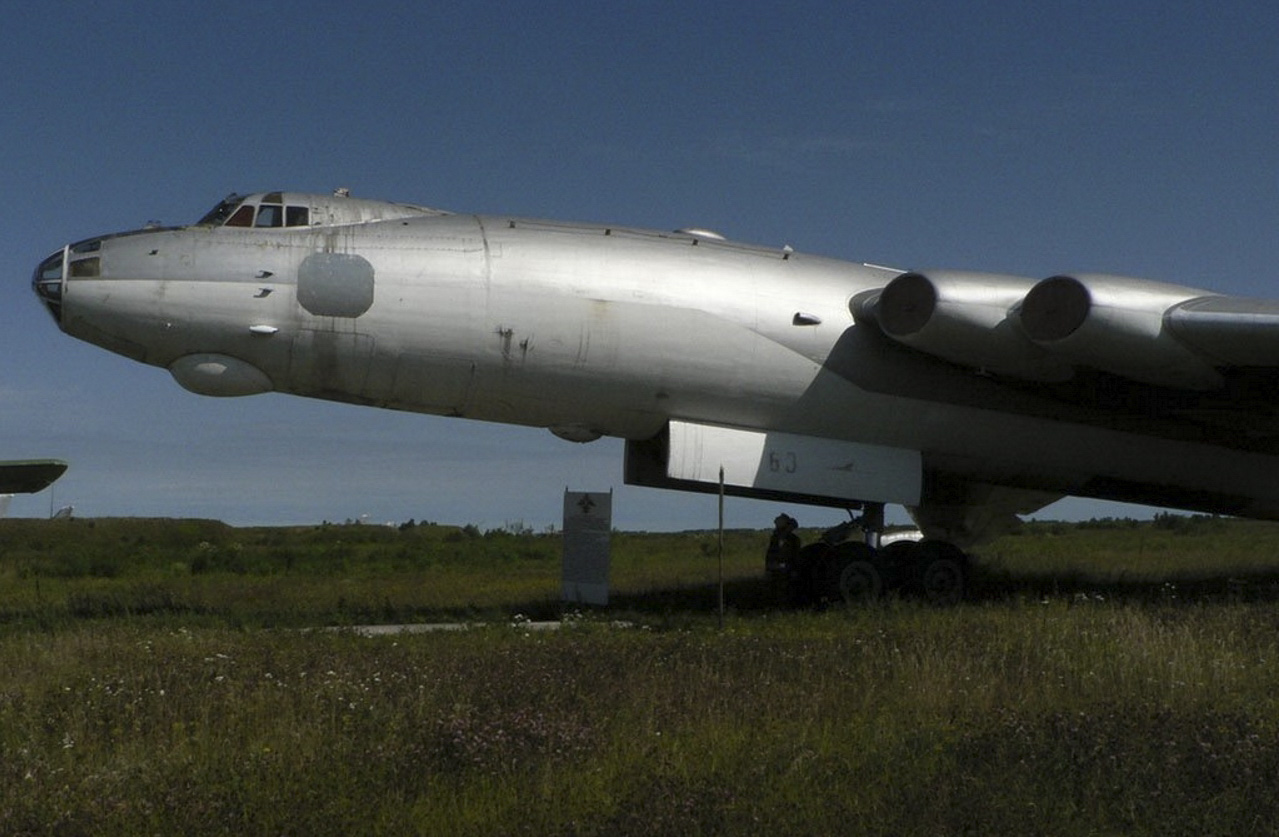 Photo gallery of a M-4 Bison, The Myasishchev M-4 Molot (Russian: Молот (Hammer), USAF/DoD reporting name “Type 37”, NATO reporting name Bison) is a four-engined strategic bomber designed by Vladimir Myasishchev and manufactured by the Soviet Union in the 1950s to provide a Long Range Aviation bomber capable of attacking targets in North America. The Myasishchev design bureau was formed to build such a bomber.