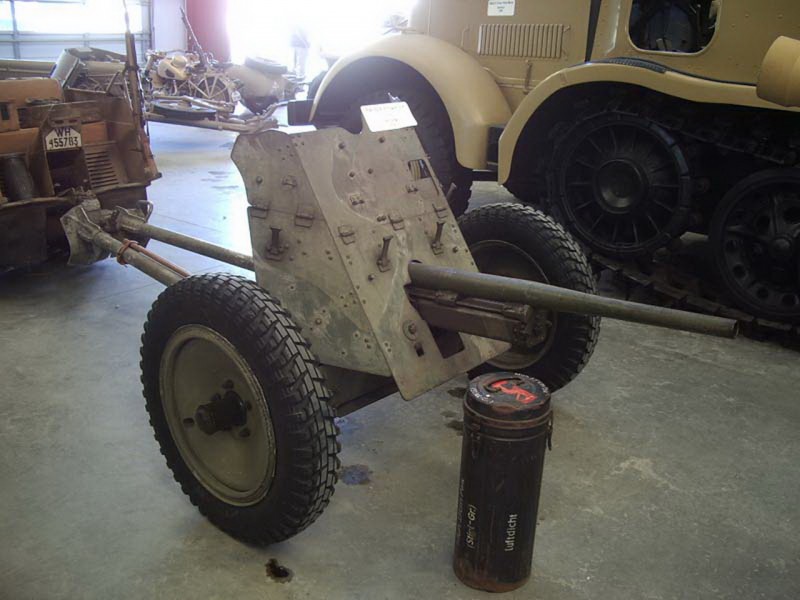 Photo gallery on a Pak35-36 cannon, The Pak 36 (Panzerabwehrkanone 36) was a German anti-tank gun capable of firing 37 mm caliber shells. Developed in 1936 by Rheinmetall, the Pak 36 appeared the same year during the Spanish Civil War. It became the base of the anti-tank guns of many countries during the early years of The Second World War. The KwK 36 L45 was the same gun, but served as armament on several battle tanks, including early-war models such as the Panzer III.

Wait, Searching Pak35 for you…

Wait, Searching Anti-Tank Gun for you…