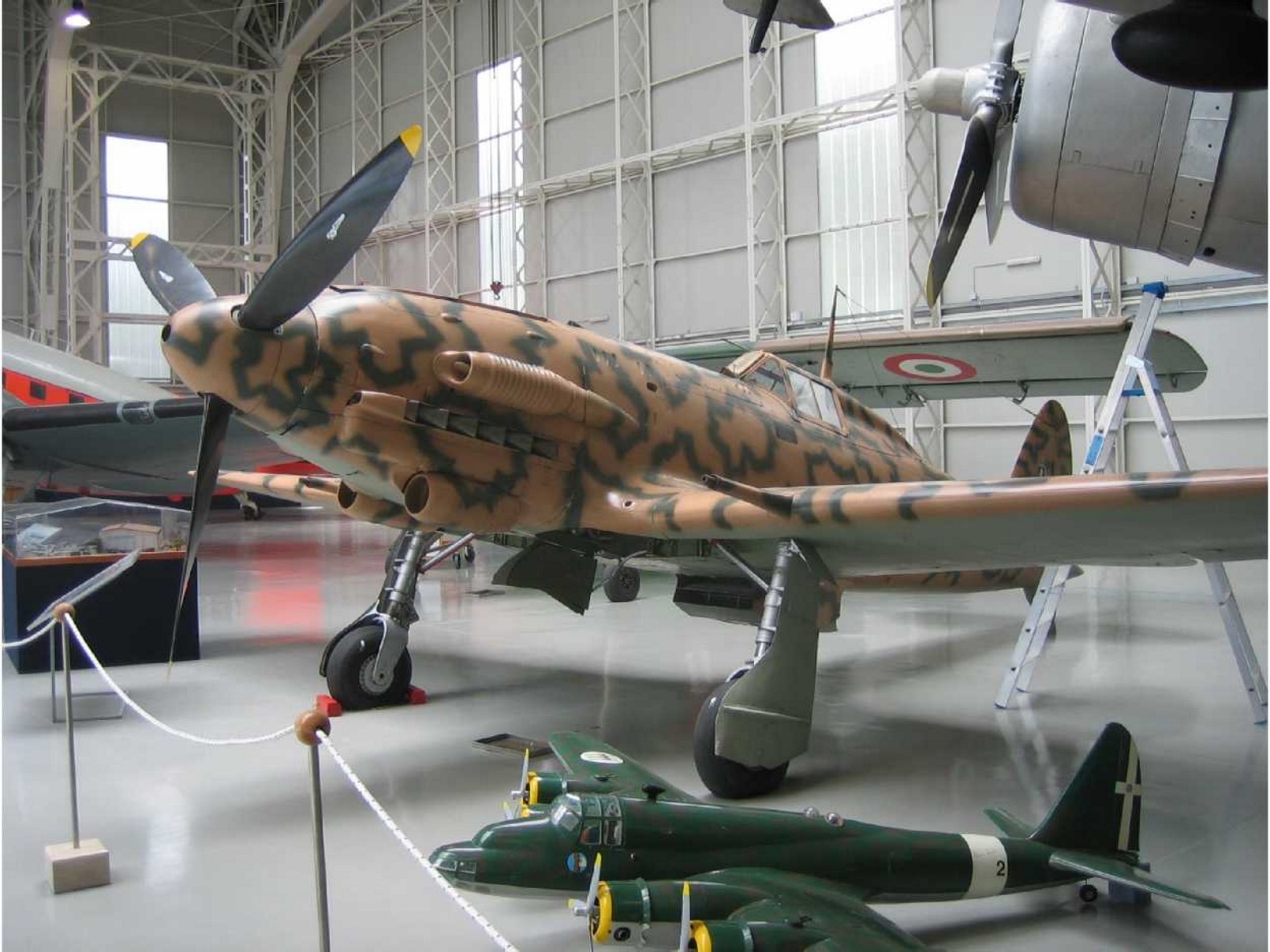 의 사진 갤러리 Macchi MC205Veltro at The Italian Air Force Museum, The Macchi C.205 (also known as MC.205, “MC” standing for “Macchi Castoldi”) Veltro (Italian: Greyhound) was an Italian World War II fighter aircraft built by the Aeronautica Macchi. Along with the Reggiane Re.2005 and Fiat G.55, the Macchi C.205 was one of the three “Serie 5” Italian fighters built around the powerful Daimler-Benz DB 605 engine. The C.205 was a development of the earlier C.202 Folgore. With a top speed of some 640 km/h (400 mph) and equipped with a pair of 20 mm cannon as well as 12.7 mm Breda machine guns, the Macchi C.205 Veltro was highly respected by Allied and Axis pilots alike. Widely regarded as the best Italian aircraft of World War II, in action it proved to be extremely effective, destroying a large number of Allied bombers and capable of successfully clashing on equal terms with fighters such as the North American P-51D Mustang, a capability which encouraged the Luftwaffe to use a number of these aircraft to equip one Gruppe 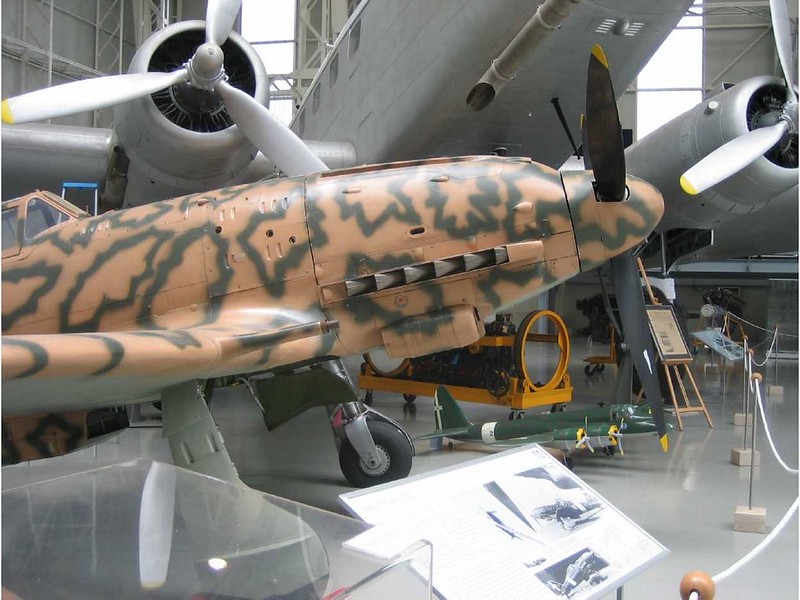 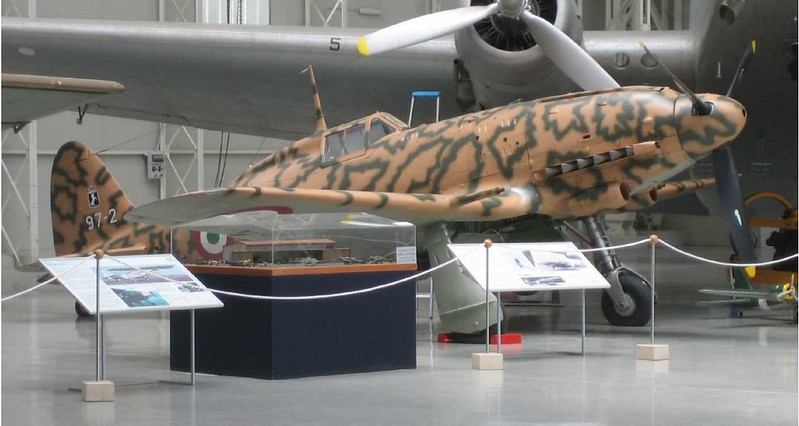 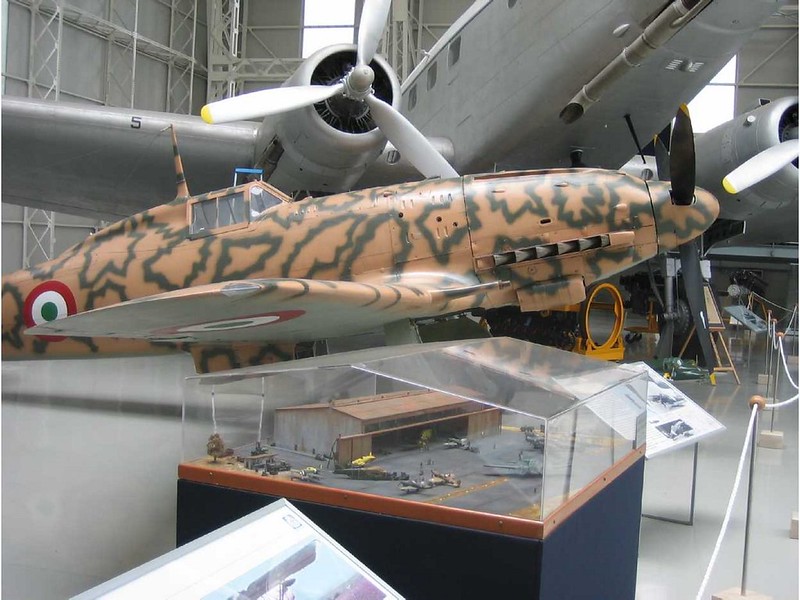 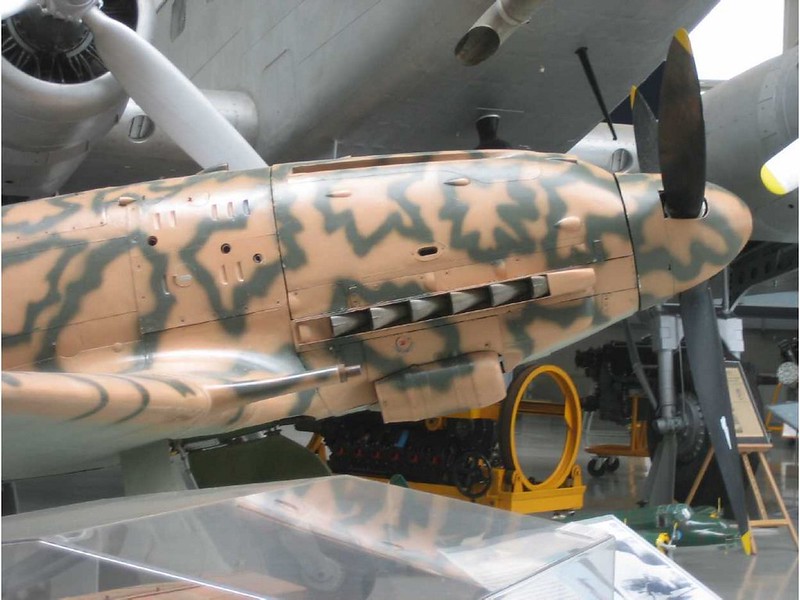