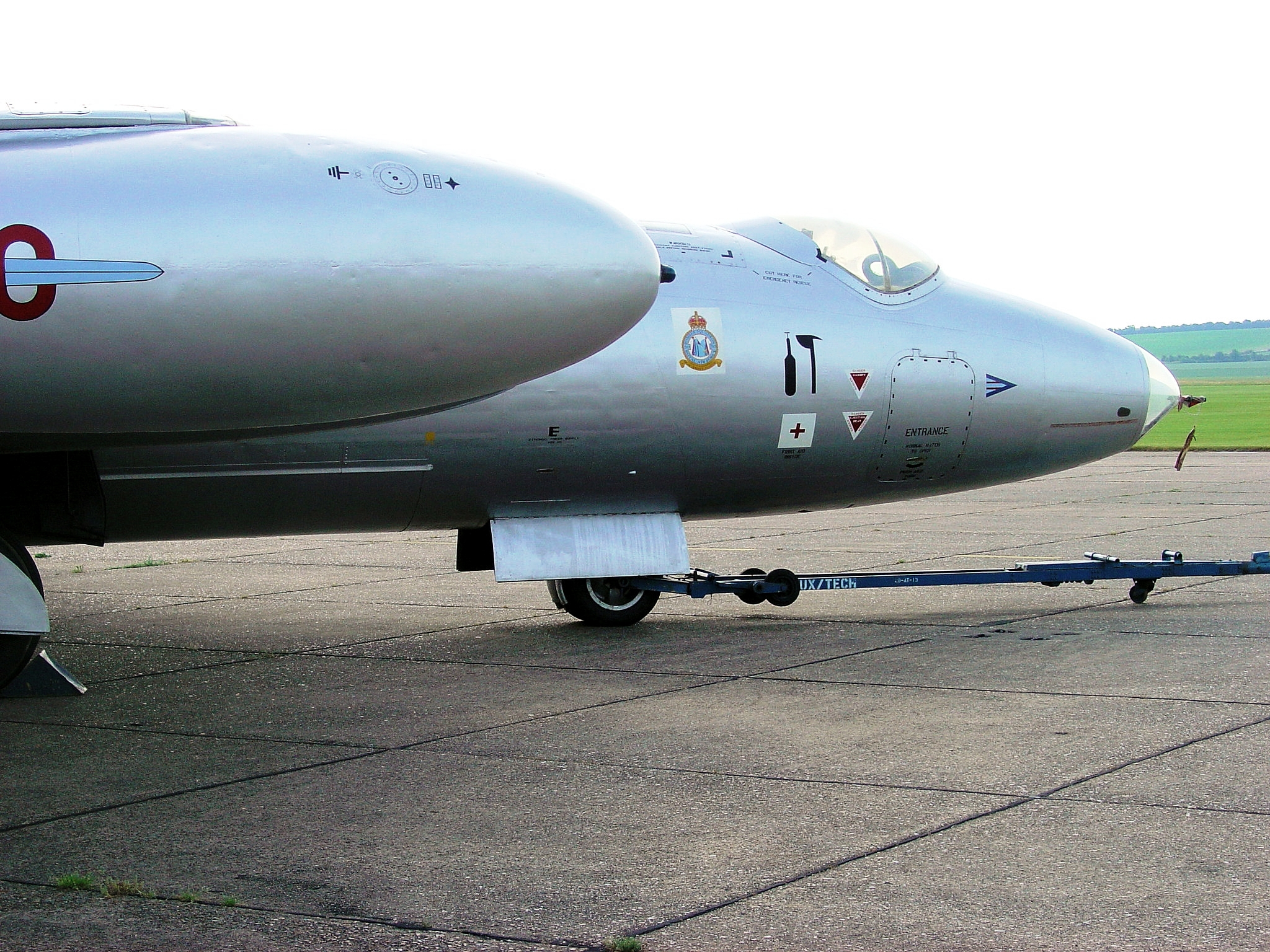 Galleria fotografica di un Inglese Elettrico Canberra Mk.20, The English Electric Canberra is a British first-generation jet-powered medium bomber that was manufactured during the 1950s. It was developed by English Electric during the mid-to-late 1940s in response to a 1944 Air Ministry requirement for a successor to the wartime de Havilland Mosquito fast-bomber; amongst the performance requirements for the type was the demand for an outstanding high altitude bombing capability in addition to flying at high speeds, these were partly accomplished by making use of newly-developed jet propulsion technology. When the Canberra was introduced to service with the Royal Air Force (RAF), the type’s first operator, in May 1951, it became the service’s first jet-powered bomber aircraft.