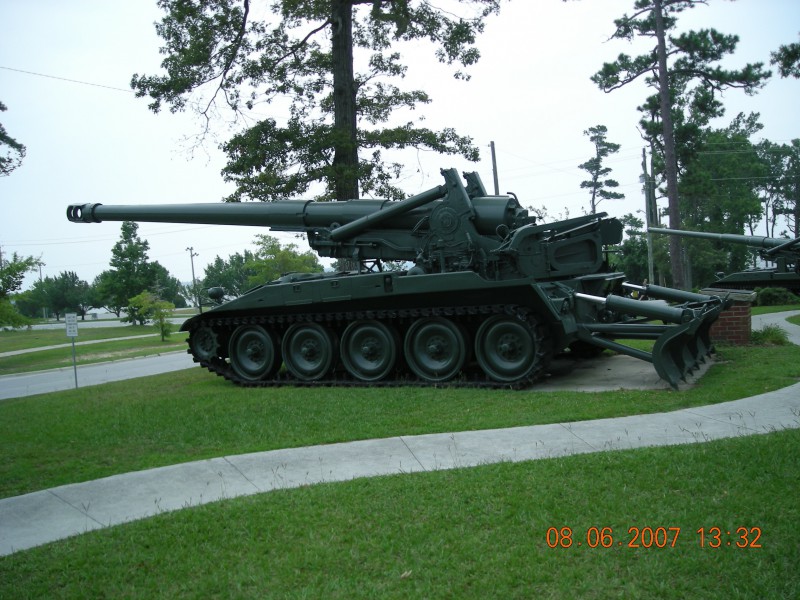 Fotó galery egy M110A2 Tarack, The 8 inch (203 mm) M110 Self-Propelled Howitzer was the largest available self-propelled howitzer in the United States Army’s inventory. It was deployed in division artillery in general support battalions and in separate corps- and Army-level battalions. Missions include general support, counter-battery fire, and suppression of enemy air defense systems. The M110 was exported to a number of countries. The M110A2 is the latest version with double muzzle brake, the earlier A1 version had a plain muzzle.