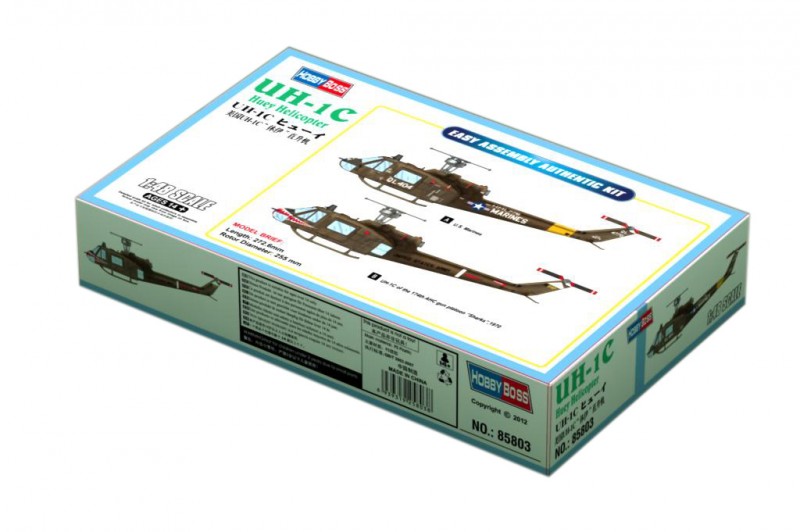 A model of the brand HobbyBoss the kit : UH-1C Huey Helicopter – HOBBY BOSS 85803

The Bell UH-1 Iroquois, commonly known as the “Huey”, is a multipurpose military helicopter, was developed from 1955 US Army trials with the Bell Model 204. The initial designation of HU-1 (helicopter utility) led to its nickname, Huey. It was first used by the military in 1959 and went into tri-service production in 1962 as the UH-1. The last were produced in 1976 with more than 16,000 made in total, of which about 7,000 saw use during the Vietnam War and famous for its use in the Vietnam War.

Search on eBay
Search for what you need, We suggest this but it is you who decide
[ae_affiliate_byphil keyword=”Huey Helicopter”] ...