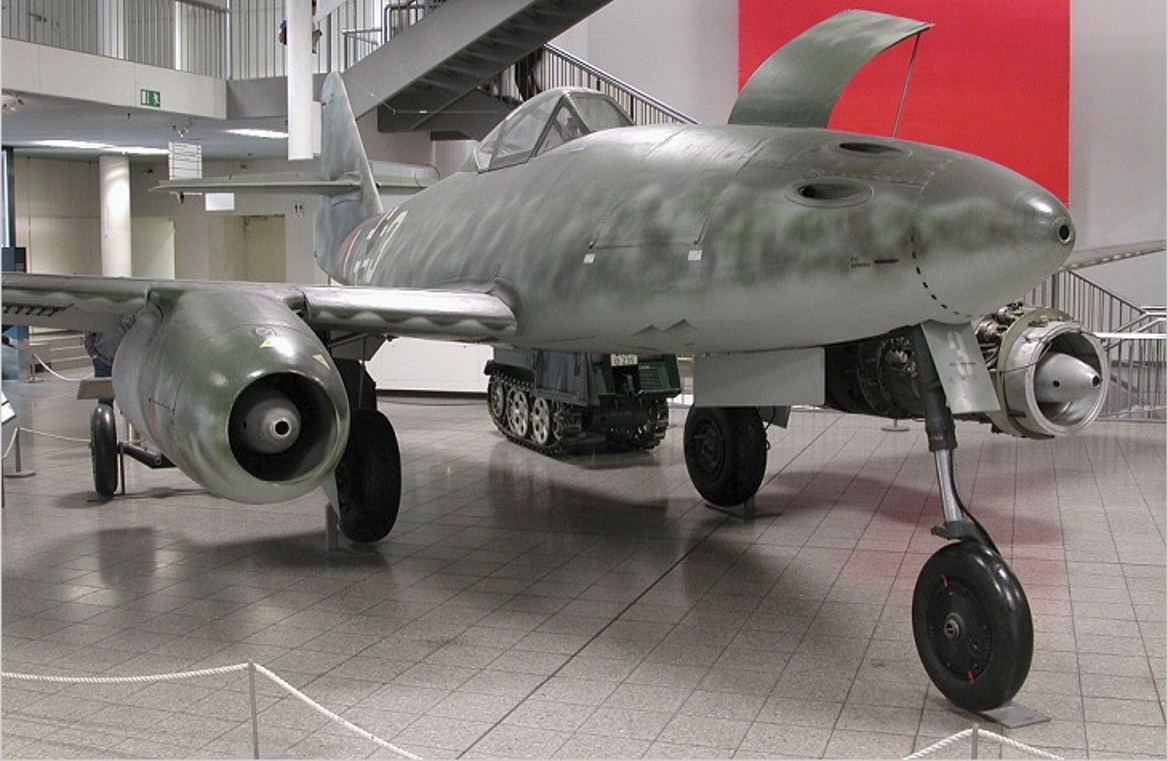 Galería de fotos de un Messerschmitt Me 262A, The Messerschmitt Me 262 Schwalbe / Sturmvogel (English: “Swallow”/ “Storm Bird”) of Nazi Germany was the world’s first operational jet-powered fighter aircraft. Design work started before World War II began, but engine problems and top-level interference kept the aircraft from operational status with the Luftwaffe until mid-1944. The Me 262 was faster, and more heavily-armed than any Allied fighter, including the British jet-powered Gloster Meteor. One of the most advanced aviation designs in operational use during World War II, the Me 262 was used in a variety of roles, including light bomber, reconnaissance, and even experimental night fighter versions.