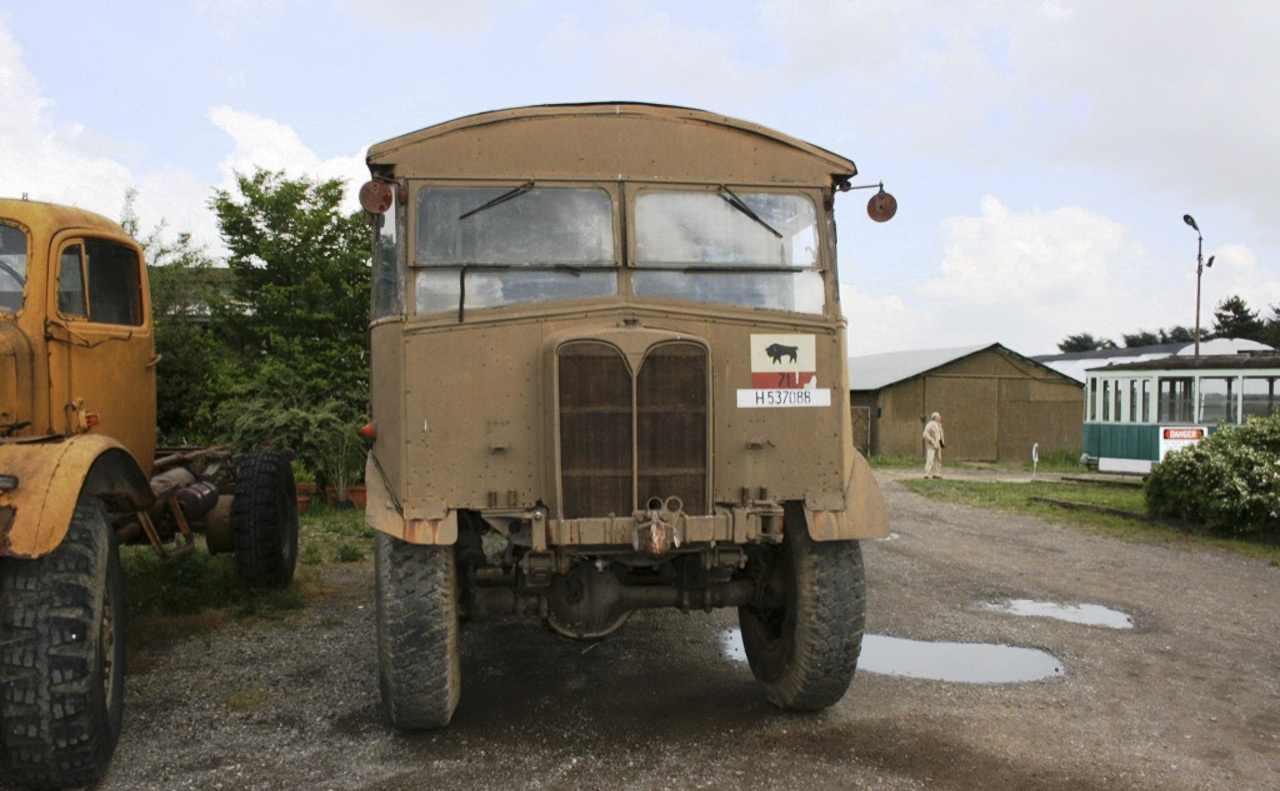 Galería de fotos de un AEC 0853 Matador, inicialmente concebido como un tractor de artillería media, el 4×4 Matador normally pulled the 5.5inch field gun, with crew and ammunition carried in the cargo body. Some were modified to actually carry a 25pounder in the back, so that from the air it looked less like an artillery unit. The Matador HAA – Heavy Artillery Tractor was also produced, comprising 786 units out of a total of 8612 Matadors built by 1945. In addition, 400 chassis cabs were built for towing trailers by the RAF. The design was influenced by an FWD/Hardy production in the early 1930s.