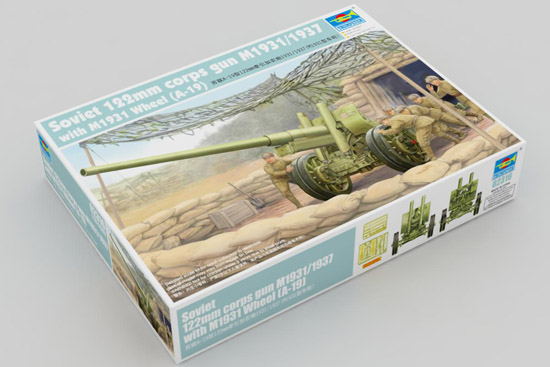 Le canon 122mm M1931/37 (A-19) was a canon of soviet military campaign developed in late 1930s by combining the barrel of the 122mm M1931 (A-19) and the carriage of 152mm howitzer-gun M1937 (ML-20). The gun was in production from 1939 until 1946. He saw the action of the Second world War (mainly with the body and the artillery RVGK of the Red Army) and remained in service for a long period after the end of the war. In addition to the variant being towed, the weapon had a number of vehicles mounted on derivatives.

Search on eBay
Search for what you need, We suggest this but it is you who decide
Find items about "Soviet 122mm" on AliExpresS :