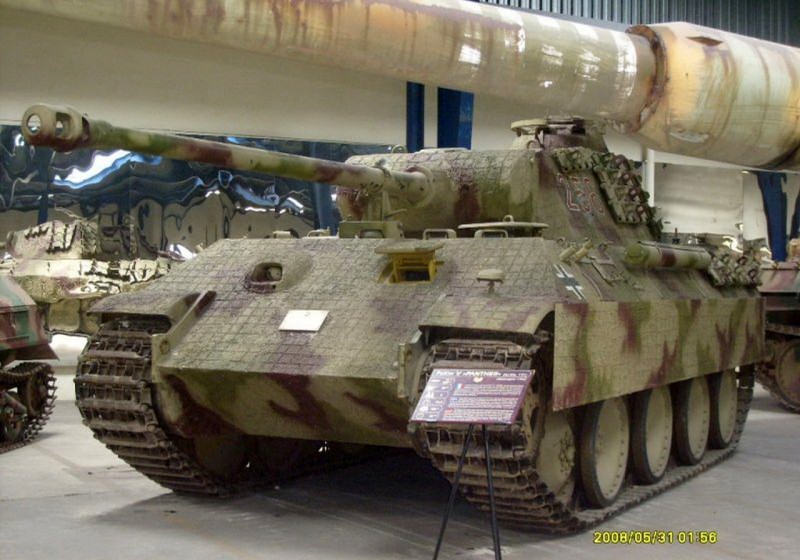 The Panther SdKfz 171 Panzer V was a German tank during the second world war. His first commitment date of the battle of Kursk in 1943. Designed to replace the Panzer III and IV obsolete and stand in front of the T-34 soviet, it has to be used as a complement to its predecessors in order to compensate for his under-staffed.

The main armament of the Panther was a long cannon, the 75mm Kwk 42 of 70 calibres long, or the equivalent in power of the Tiger tank I. It was carrying 79 shells and was equipped with a machine gun-type MG34 coaxial, to a second machine-gun cash to the front and finally a third air defense on the turret. 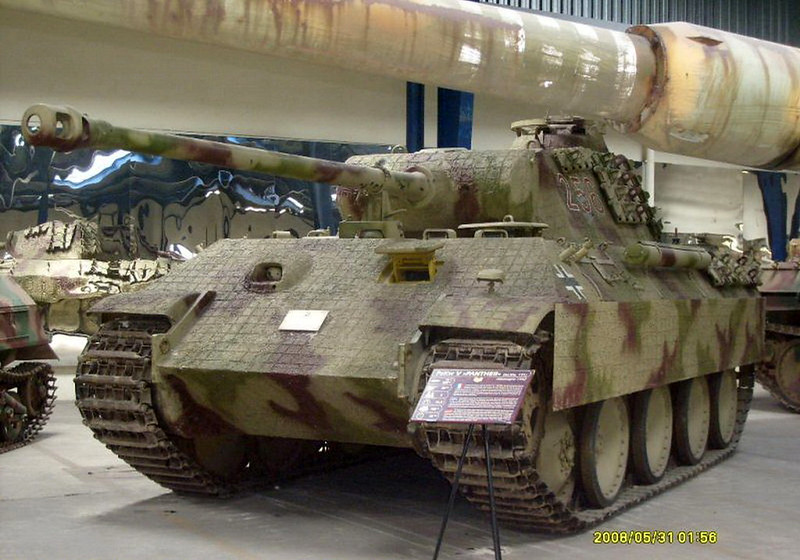 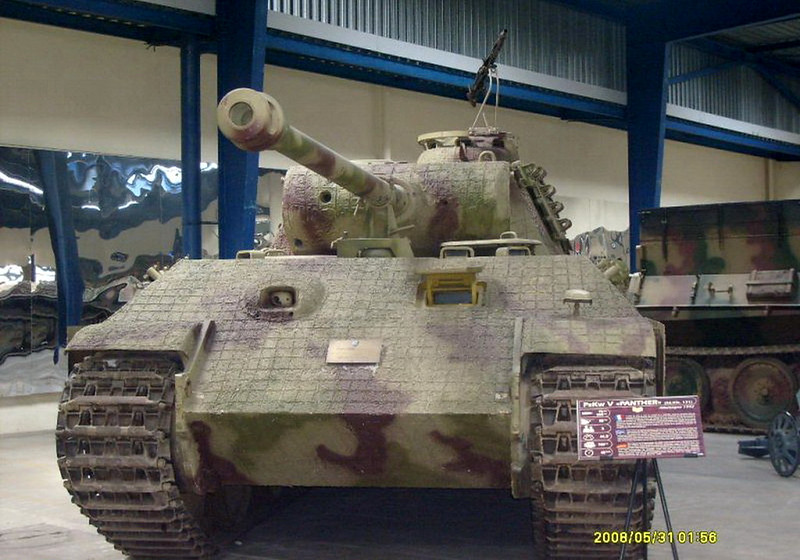 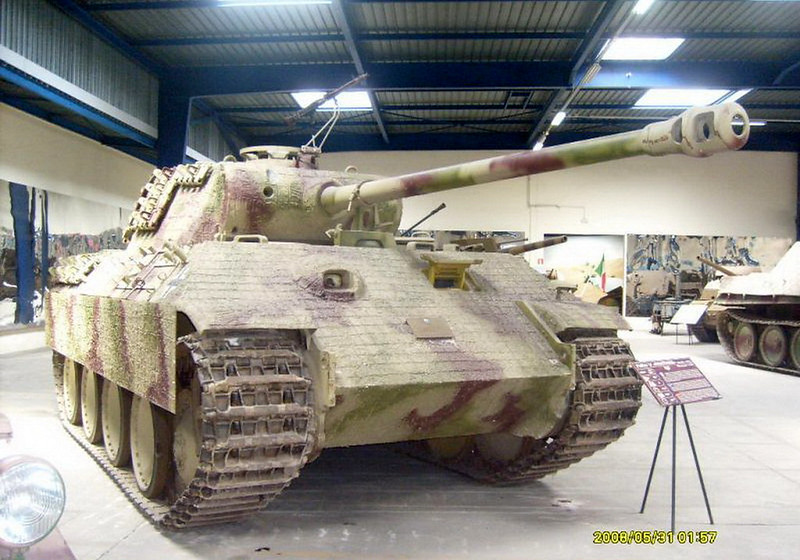 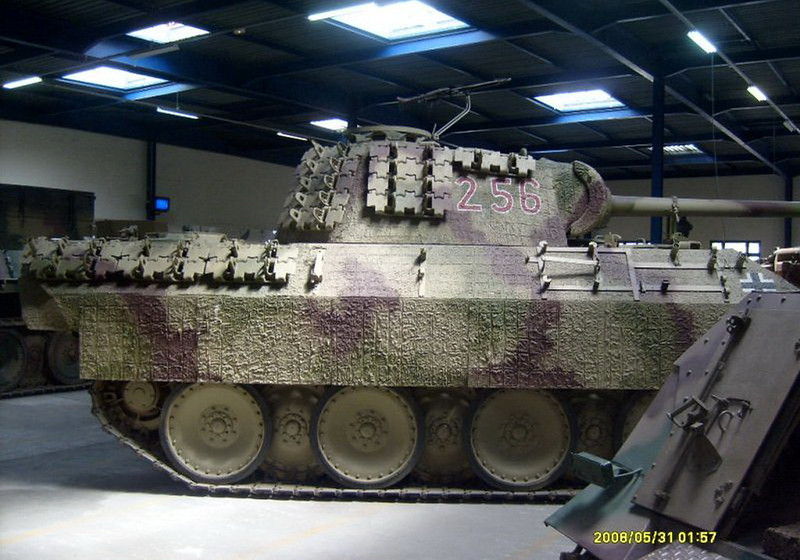 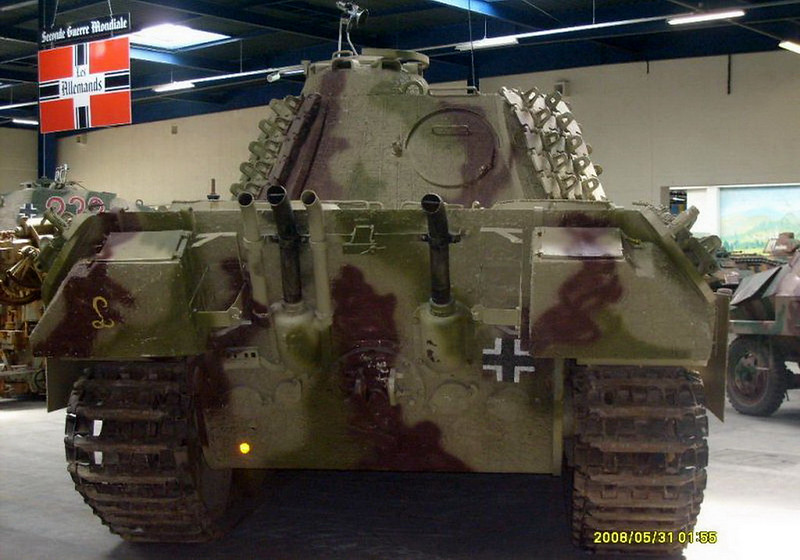 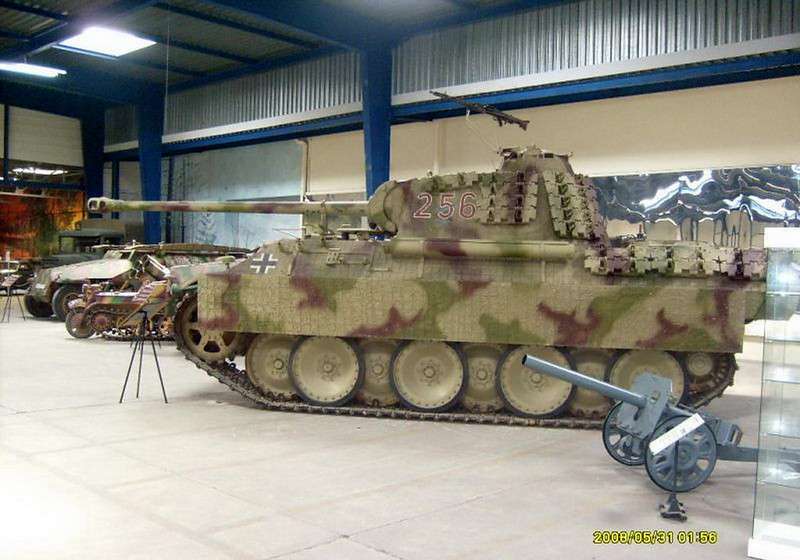 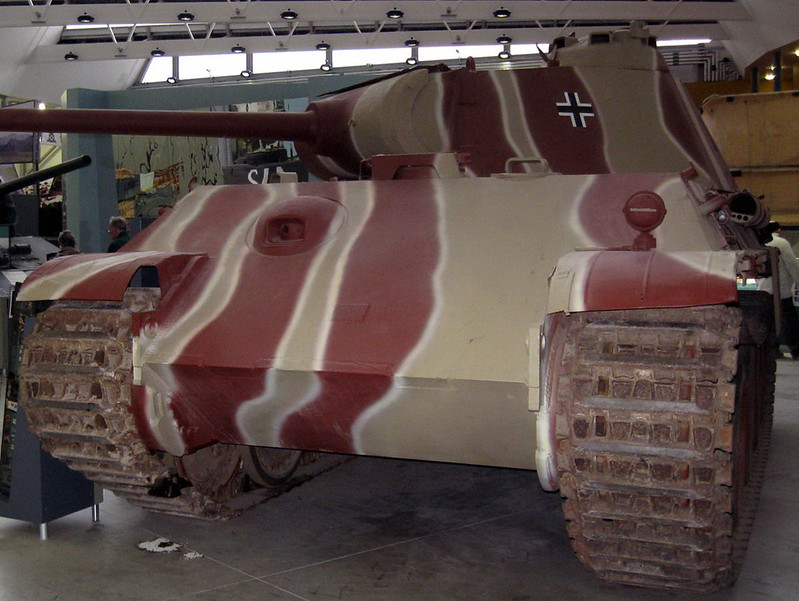 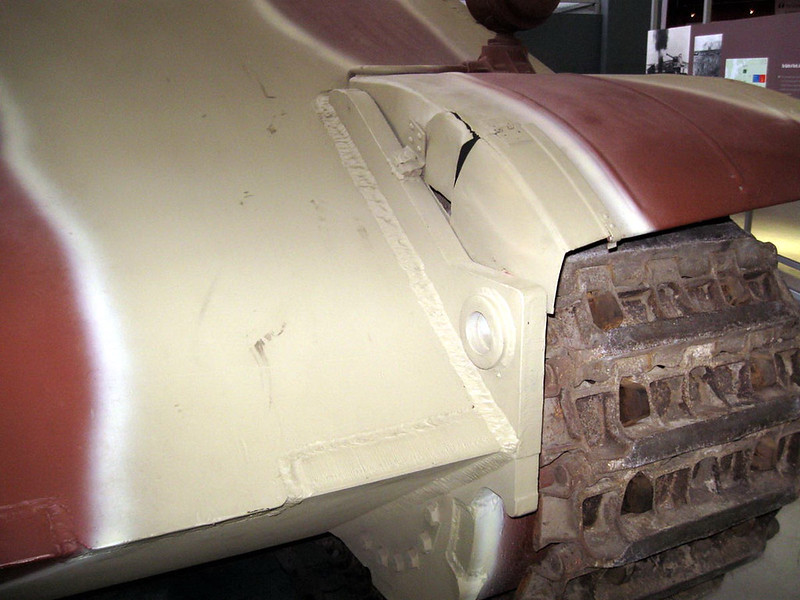 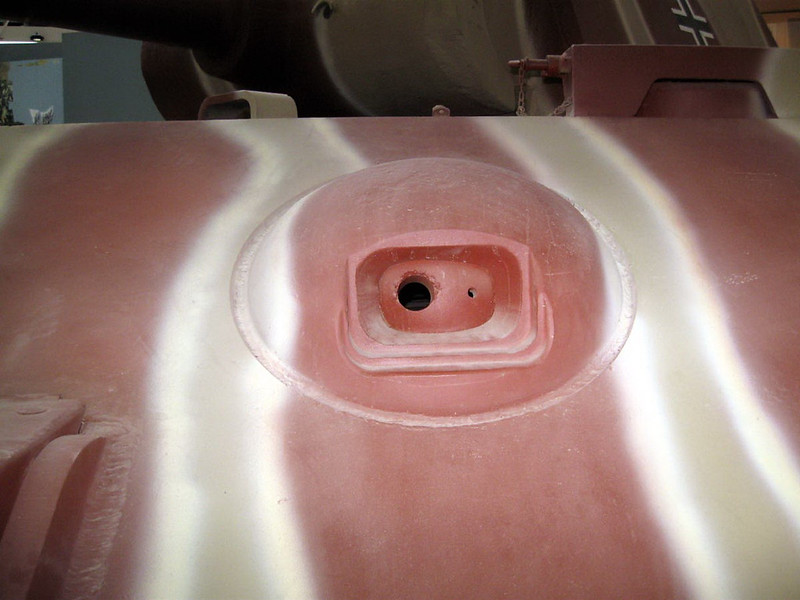 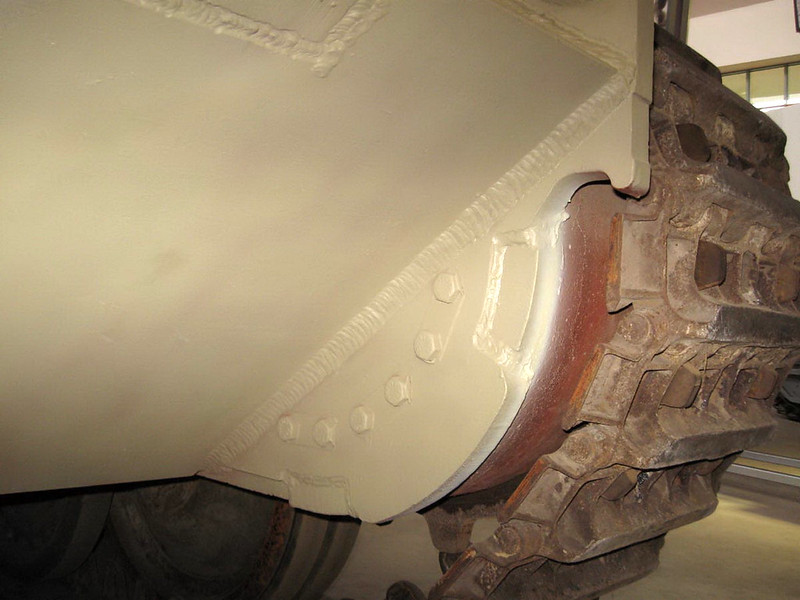 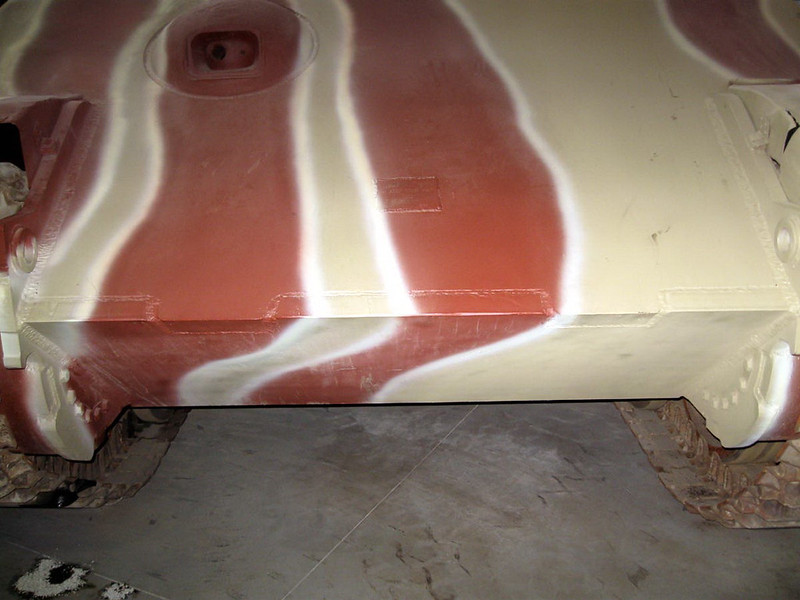 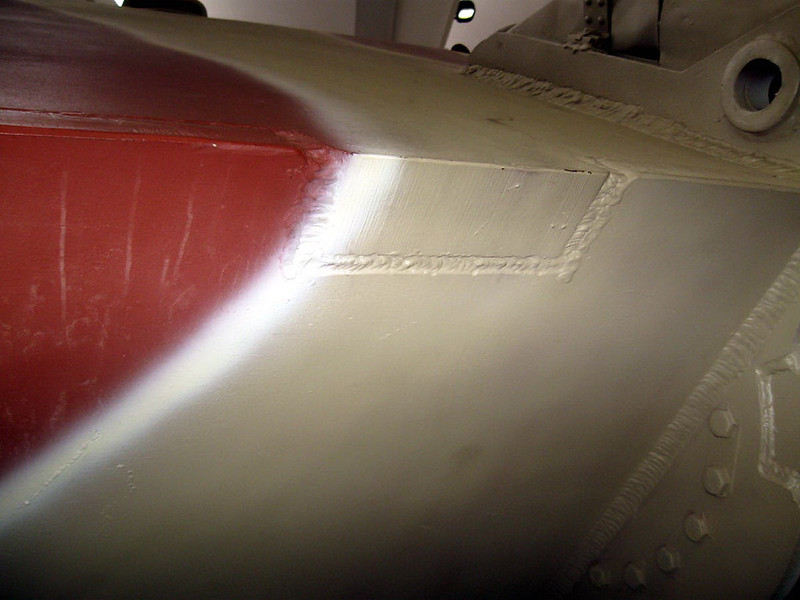 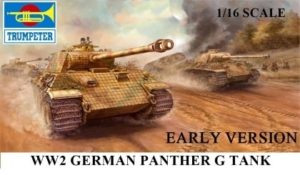